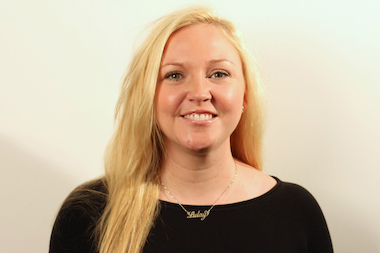 Stephanie Lulay is a senior editor at DNAinfo Chicago.

She previously was a reporter/producer covering the West Loop and Pilsen neighborhoods. Before joining the team, Stephanie spent four years at the daily Aurora Beacon-News, covering City Hall, housing issues and education in the state's second largest city.

While in Aurora, Stephanie reported on the plight of the now-demolished Jericho Circle, a storied public housing complex on the city's West Side, earning the first place Northern Illinois Newspaper Association award for best news story series in 2012.

Since joining DNAinfo Chicago, Stephanie broke the news on CPS' racy sex ed plan that "horrified" parents, leading the district to "scrub" all sex ed materials; revealed that the shooter in a bar brawl actually worked at a River West nightclub, leading to the troubled spot's closure; and has covered the battles between neighbors and developers in one of the fastest growing neighborhoods in the nation.

Stephanie was born in Milwaukee, Wis. and raised in Quincy, Ill. She graduated from the University of Illinois at Urbana-Champaign in 2008 and completed her Masters degree at the university in 2009. While at U of I, she served as managing editor of The Daily Illini.

After graduating, she moved to Chicago and completed internships at The RedEye, Modern Luxury and a freelance investigative project about former Manufactured Gas Plants and the toll they take on neighborhoods for The Chicago Tribune.

Stephanie lives in the Loop, loves Chicago sports and really wishes she had time for a dog.

Fun Fact: Undecided about where she should move after college, Stephanie wrote the names of three cities on pieces of paper, crumpled them up and tossed them in the air, proclaiming that the one that landed closest to her would be her future home. A month later, she was moving into her first Chicago apartment in Lakeview.

Want to know the names of the other two cities? You'll have to ask her.

Man Has Been Exposing Himself Near A Humboldt Park Day Care, Police Say

Police released a photo of a suspect wanted for public indecency Saturday.

Man Fired 23 Shots At Police Lieutenant On Near West Side, Authorities Say

The veteran cop and former state representative's vehicle was damaged in the shooting.

This Is The Red Line Subway Shooter, Do You Know Him? Police Ask

Police released a photo of the alleged gunman involved in Thursday evening's incident.

With a stellar lineup, Pilsen Fest is expected to bring 50,000 people to the neighborhood.

You can catch the Air & Water Show from lots of places around the city this weekend.