Rauner traveled to Ebinger Elementary School in Edison Park for the bill signing ceremony, where he was joined by Mayor Rahm Emanuel, putting a cap on the nine-month fight over school funding that prompted the one time friends and business associates to repeatedly criticize each other in the harshest terms. 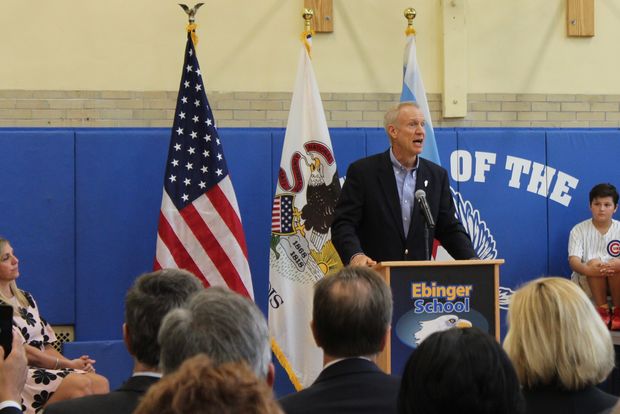 "We finally got it done," Rauner said, after receiving a standing ovation.

In his remarks, Emanuel thanked Rauner for signing the bill.

“Its a historic moment because we’re finally fixing a historic wrong," Emanuel said.

He signed the bill sitting at a school desk surrounded by students and later told reporters "this is a good compromise bill."

State Sen. Andy Manar, who represents a Downstate district, who led the push to change the school funding formula to increase state aid for all schools and send more money to schools with a high percentage of low-income children.

The bill "ends a great racial divide," said Manar, who joined several state lawmakers in using their remarks to express optimism that the deal means the end for political gridlock in Illinois.

Speaker of the House Mike Madigan did not attend the ceremony, but said in a statement the bill signing is a "victory for our schools." Madigan and Rauner have been at loggerheads since the Republican governor took office.

Rauner signed the bill even though it contains $150 million more for CPS than the original school funding measure that the Republican governor vetoed and repeatedly derided as a bailout of Chicago's mismanaged schools. 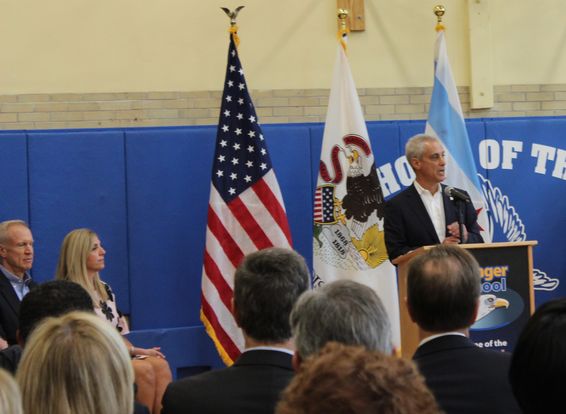 According to CPS officials, schools will receive an additional:

CPS will lose $4 million from other programs under a variety of changes approved as part of the state budget, officials said.

In addition, the legislation signed Thursday by Rauner would allow the Chicago Board of Education — whose members are appointed by Emanuel — to generate $125 million by hiking property taxes about 2.5 percent for the average homeowner, district officials said.

That tax hike could account for about half of the $269 million that CPS needs from the city to make ends meet.

The measure also includes $75 million for a tuition tax credit program that would offer families scholarships to send their children to private or parochial schools — or to pay the cost to send their sons or daughters to a public school outside their home school district, officials said. Opponents of that effort criticized it as a voucherlike program that could "decimate public schools."

In a statement Thursday, Chicago Teachers Union leaders said the new school funding-formula was a step in the right direction.

The union said the voucher program — which makes Illinois the 18th state to offer some form of public support for private or parochial schools — was "parasitic" and designed "to to create a tax shelter that will benefit big corporations and billionaire patrons like Ken Griffin."

Illinois' richest man, Griffin was the biggest contributor to Emanuel's most recent political campaign, and gave $13 million to Rauner's bid for office.

City Property Taxes Could Go Up 2.5% Under School Bill Passed By Senate

CPS Gets $450 Million More Than Last Year In Bill That Clears Ill. House