BOWMANVILLE — Half Acre is still a few weeks away from opening its long-awaited Bowmanville taproom and beer garden, but it offered a taste of things to coming during its Big North anniversary bash on Saturday.

The entire brewery at 2050 W. Balmoral Ave. was transformed into a playground for revelers, who were treated to live music, tattoo and gaming stations, pours of rare beers and a backstage glimpse of what's now Half Acre's main production facility  — so many cans, stacked so very high.

The warm-but-not-too-hot summer night provided the perfect opportunity for partygoers to enjoy the newest addition to the Half Acre experience — the Balmoral beer garden, where patrons relaxed at the communal picnic tables while noshing on sausages and salads.

Half Acre moved its canning line and the majority of its production to Balmoral Avenue in 2015, and transformed its original North Center brewery, 4257 N. Lincoln Ave., into a hub for experimentation.

Check out photos from Big North: 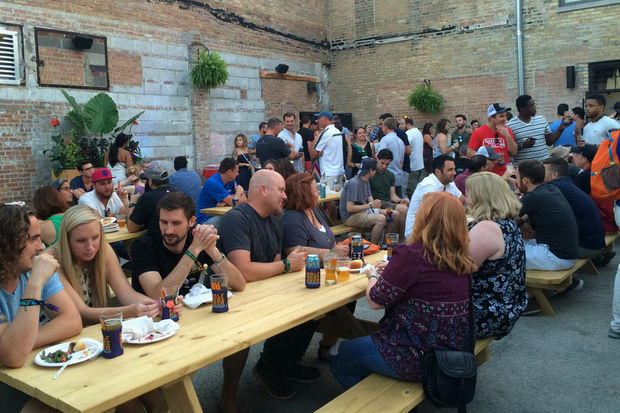 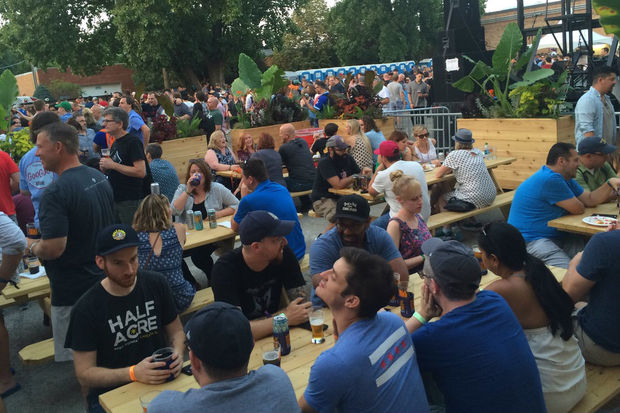 This T-Rex is celebrating because he just successfully ran through a palate of cans at @halfacrebeer's #BigNorth. Congrats, T-Rex!

Catching some rays at #BigNorth

#BigNorth celebration opening the Balmoral #HalfAcre facility. Great to see a startup we saw from its infancy grow into a success like this. #BuyLocal

Once a year, the folks of @halfacrebeer bestow upon us a great gathering that marks the zenith of summers ascent. A second #BigNorth celebration comes to an end leaving the fondest of memories in its wake. Cheers to you, friends. May tomorrow's hangovers be totally worth it. 🏔🍻🖖🏽

I went to a beer event, and a rock concert broke out. NE-HI brought the house down. #BigNorth #HalfAcre