NORTH PARK — Finding the perfect location for a new business is always a challenge for owners but for Manny Mejia, the search was doubly difficult.

His top criteria: The storefront for his restaurant had to be on Bryn Mawr Avenue. Why? Because how do you run a joint called Bryn Mawr Breakfast Club anywhere other than Bryn Mawr?

Mejia's been contemplating that dilemma for the past three years thanks to a case of the worst timing ever.

Shortly after opening Bryn Mawr Breakfast Club in fall 2014 at the corner of Bryn Mawr and Kimball, Mejia learned his fledgling enterprise was housed in one of the properties set to be acquired via eminent domain by neighboring Northeastern Illinois University.

"I came into the hurricane," Mejia said.

After a two-year fight, NEIU prevailed in its bid for the land and the cloud hanging over the breakfast club's future burst.

Mejia vowed to find a new home on Bryn Mawr, in North Park, where neighbors have enthusiastically embraced him — and his chorizo skillets and blackberry-kiwi french toast.

"I'm surprised every day. I don't have words to thank the people. To see the same faces, that makes me happy," he said.

True to his word, Mejia is now putting the finishing touches on Bryn Mawr Breakfast Club 2.0, across the street and a few doors east of the existing restaurant — on Bryn Mawr.

The new restaurant, at 3348 W. Bryn Mawr Ave. next door to Maison Castelnau, is nearing the end of a significant months-long buildout, including an expansion of the dining area and the addition of an outdoor patio.

Once completed, the restaurant will have seating for 80 to 90 patrons, and the patio will provide even more, versus its predecessor's maximum capacity of 60. Mejia is also planning an espresso bar and, with a much bigger kitchen to create in, has been dreaming up new dishes, though the concept will remain largely the same.

"Cook simple and stick with what we know" is Mejia's philosophy, he said.

"I can not go ahead without him," said Mejia, who worked with Malone for three years at M. Henry.

The decor incorporates corrugated metal and salvaged bowling alley benches but will also replicate the original breakfast club's cozy feel, which is important to Mejia given the amount of time he spends at the restaurant.

In an odd twist, he might not have to shutter the original breakfast club, at least not immediately.

Mejia's still operating his first restaurant under a lease agreement with NEIU, which doesn't have plans to develop the property for a couple of years.

"Before, I was worried the university would kick me out. Then I rent this space, then they say, 'You can stay,'" Mejia said.

If he can work things out with NEIU, Mejia said he will keep the first location open as a Mexican restaurant, serving dinner, and the second as Bryn Mawr Breakfast Club.

But at the moment, Mejia said he's looking forward to wrapping up renovations at Bryn Mawr 2. 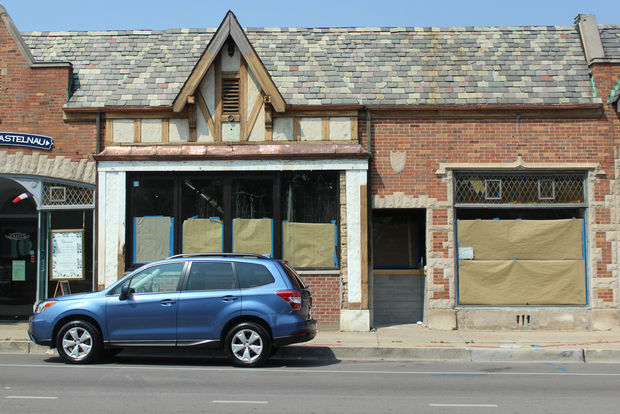 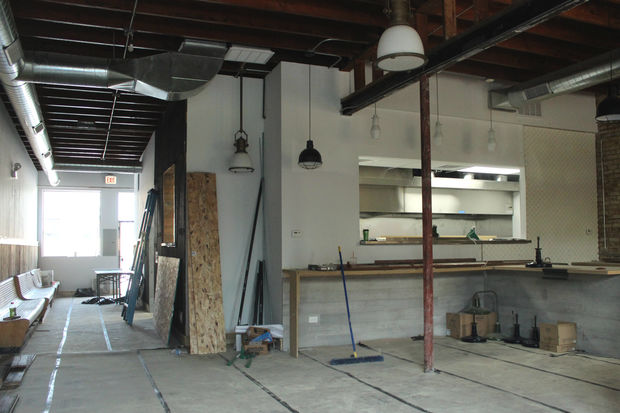 Major renovations are complete. Some paint, decorative touches and city inspections are all that stand between the new Bryn Mawr Breakfast Club and its grand opening. 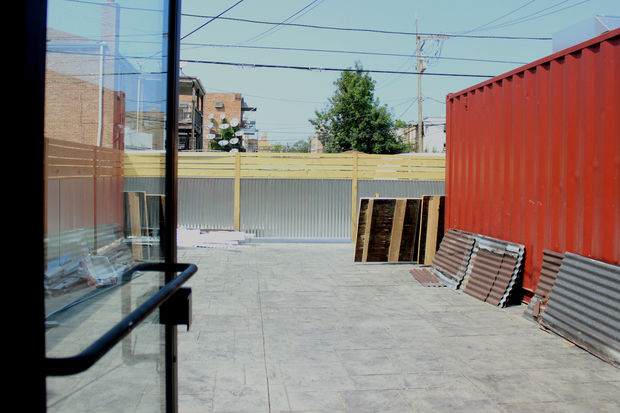 The new location will have an outdoor patio. 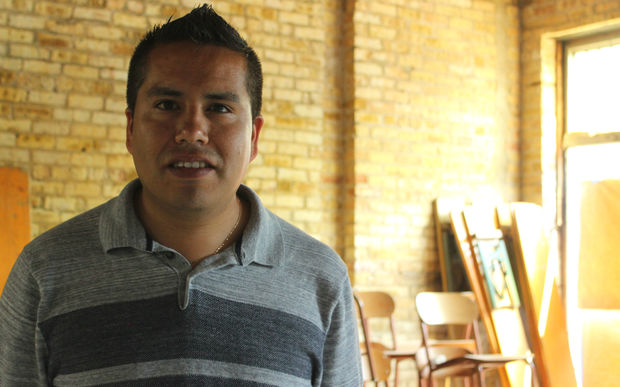