Via Lima Closes After Two Years: 'Thank You And Goodbye,' Owner Says

"Thank you and goodbye," owner Eni Cadena wrote in a brief note on Via Lima's website.

"Phew, it’s been a long and wonderful journey though we are closing our doors as of Sunday May 21st, 2017," she said.

Diners were posting reviews of the restaurant to Yelp! as recently as May 19.

Cadena did not immediately respond to a request for further comment.

Via Lima, 4024 N. Lincoln Ave., opened in June 2015. Cadena, who purchased the building in 2011, originally intended to operate a gift shop in the former dollar store, but switched concepts after a visit to her native Peru.

In 2015 and 2016, Via Lima was awarded a Bib Gourmand from Michelin, an honor bestowed on restaurants that provide good value for the money. 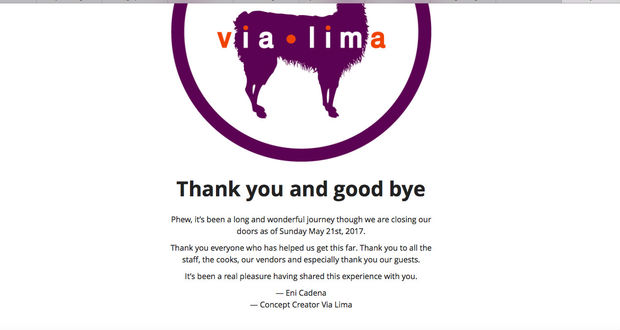