By Mina Bloom |&nbspMay 16, 2017 6:24am | Updated on May 16, 2017 8:16am
@mina_bloom_
Twitter Facebook Email More
Shel Silverstein, perhaps best known for writing and illustrating "The Giving Tree" (1964) and "Where The Sidewalk Ends" (1974), was born and raised in Logan Square and Humboldt Park. When he was born in 1930, his parents were living in his grandmother's house at 1458 N. Washtenaw Ave. (top left). His family moved into their own place at 2853 W. Palmer St. (bottom right) five years later.
View Full Caption
Shel Silverstein's Website; DNAinfo/Mina Bloom

LOGAN SQUARE — One of the most famous children's book authors of all time was born and raised right here in the Logan Square/Humboldt Park area.

Shel Silverstein, perhaps best known for writing and illustrating "The Giving Tree" (1964) and "Where The Sidewalk Ends" (1974), spent many nights drawing cartoons in his family's noisy apartment on Palmer Street.

He attended Darwin Elementary, 3116 W. Belden Ave., and loved the White Sox and creamy desserts — but not leftover scraps from his family's Humboldt Park bakery. 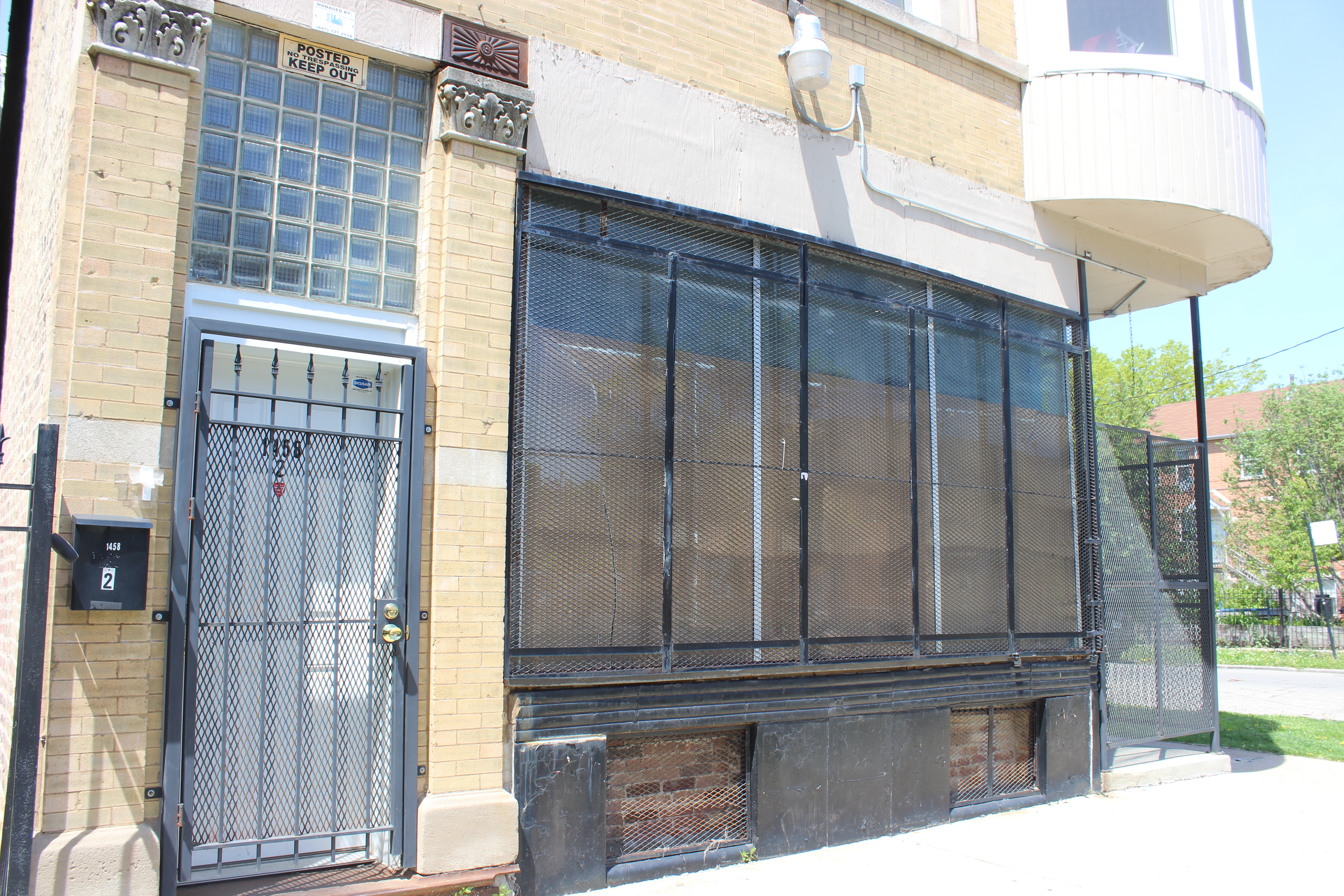 When Shel Silverstein was born, his family lived at 1458 N. Washtenaw Ave. with family. [All photos DNAinfo/Mina Bloom]

Silverstein was born Sept. 25, 1930 while his Jewish immigrant parents, Nathan and Helen, were living with family at 1458 N. Washtenaw Ave., according to the 2007 biography "A Boy Named Shel: The Life and Times of Shel Silverstein" by Lisa Rogak.

"From the time he was an infant, Shel was surrounded by people and nonstop noise, from the families living in the other apartments to the chaos on the street below outside the store to people constantly clomping up and down the stairs and knocking on the Silversteins’ door to see if the young family needed anything," Rogak wrote.

During Silverstein's early childhood years, his father and his uncle, Jack, were trying to make the family's Humboldt Park bakery a success. The brothers moved their business — originally named Silverstein Brothers — from 2601 Walton St. to  a massive new location at 834-38 N. Western Ave. and changed the name to the Service Cake Company.

Most nights, the family ate only leftover scraps from the bakery for dinner, which was common behavior during the Great Depression. But Silverstein dreamed of Hershey chocolate and creamy desserts, especially a custard called junket.

Soon there was another mouth to feed when Silverstein's sister, Peggy, was born in 1934. Despite trying times, the family bakery survived the Great Depression.

A year later, Silverstein started school at Darwin Elementary and his family moved into a place of their own in Logan Square at 2853 W. Palmer St. 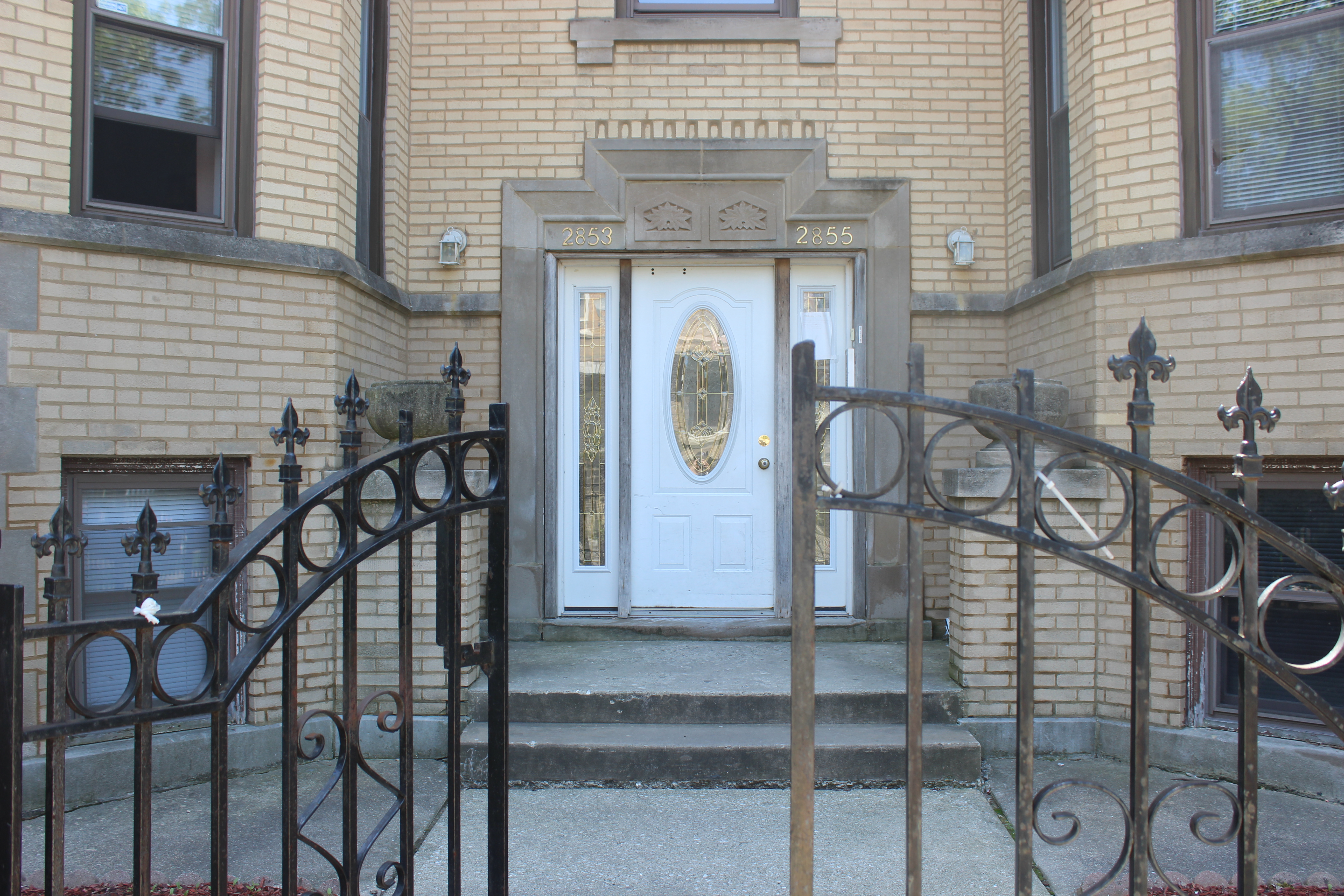 As a kid, Silverstein spent most of his time doodling, reading, listening to country music, watching White Sox games and playing ukulele. He wasn't particularly studious. Despite his father's strong disapproval, Silverstein was constantly doodling — both at home and during class. At home, drawing helped drown out noisy neighbors and the sound of his parents' fighting, which became more regular as he got older.

"Drawing became his escape: It helped block out the constant noise from the tenants, but most important, he discovered that it also stopped the voice in his head. That voice was his father’s, who totally disapproved of Shel’s artistic efforts. Nathan would regularly berate Shel, calling his drawings and cartoons garbage. Nathan would say that he didn’t puke his guts out in steerage to make it over here and then serve for a year in the war only to have his son throw his life away by drawing cartoons and daydreaming," Rogak wrote.

In 1944 during World War II, Silverstein started attending Roosevelt High School, 3436 W. Wilson Ave., in Albany Park. At the time, Roosevelt was one of the largest high schools in the nation, covering two city blocks, according to Rogak.

Rogak described Silverstein as a "combative and uncooperative" student. His father forced him to work at the bakery in hopes he'd eventually take over the family business, but he resisted.

"Above all, Shel wanted nothing more than to draw, to earn his living from it, not to work sixteen hours a day in a hot bakery ordering other people around in a job he hated. A big reason for the discord between Nathan and Helen was because she supported her son in whatever he wanted to do while her husband thought Shel should work in the family business, on weekends at first and then later full-time."

According to Rogak, Silverstein may have lied because he had a bad experience at the Urbana-Champaign campus, where he "felt like a fish out of water," especially being Jewish.

"Urbana-Champaign was a very fraternity-oriented campus and Jews were excluded from mainstream fraternities," Rogak wrote.

Unhappy at U. of I., Shel transferred to Roosevelt University in the city, where he went on to write cartoons for the school newspaper, The Roosevelt Torch. While he was more engaged at Roosevelt, he didn't exactly enjoy his time there.

“My grades weren’t that good, but I’d had too much college anyway,” he was quoted as saying in the book. “I should have been out working and living life. Imagine: four years you could have spent traveling around Europe meeting people, reading all you wanted to anyway, and instead I wasted it at Roosevelt. I didn’t get laid much and I didn’t learn much. Those are the two worst things that can happen to a guy.”

In 1950, Silverstein dropped out of Roosevelt and enlisted in the Army to serve in Japan and Korea. During his Army stint, he became the cartoonist for the armed forces periodical, Stars and Stripes magazine. That job led to other gigs for publications like Look and Sports Illustrated.

But it wasn't until he started working for Playboy magazine that his career took off and his work garnered national recognition. He even befriended the magazine's owner, Hugh Hefner, and lived in the Playboy mansion for two years.

From the 1960s on, Silverstein wrote and recorded several folk songs, including "A Boy Named Sue," which was made famous by Johnny Cash. He also wrote several plays and songs for films. But he is perhaps best known for writing and illustrating several books for children, including "The Giving Tree," which some say is the best children's book of all time.

Silverstein died from a heart attack May 10, 1999 while living in Key West, Fla.

Former Logan Square resident and illustrator Phil Thompson created a map of Silverstein's childhood homes and haunts. A big fan of the famous illustrator/author, Thompson also created a cartoon as a tribute.