NORTH CENTER — The Knit 1 yarn store was a sea of pink on Sunday as knitters put the finishing touches on their Pussyhats, which have become a national symbol of protest against president-elect Donald Trump in advance of upcoming women's marches in Washington and Chicago.

The second of two communal "knit-ins" at the North Center store, 3856 N. Lincoln Ave., drew a standing-room only crowd, with knitters taking up every available space in the shop, some even arriving prepared with their own camp chair.

"It's surreal," Knit 1 owner Lynn Coe said of the response. 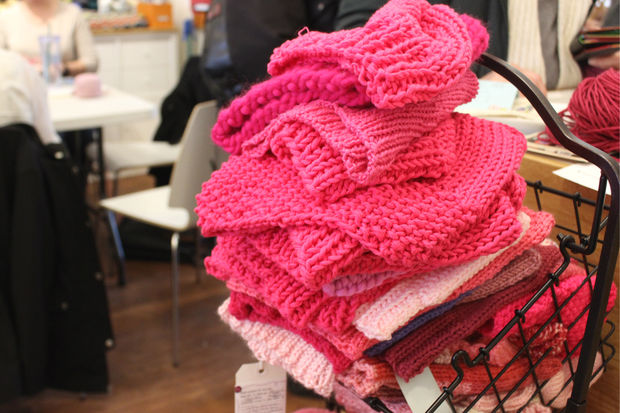 The shop has collected nearly 100 hats for women heading to D.C. for the Women's March on Washington set for Saturday, the day after Trump's inauguration.

"One lady drove in from Oak Forest and dropped off 25 hats," said Coe.

Other knitters are working on hats for themselves or loved ones, to wear either in Washington or at Chicago's companion march.

The Pussyhat Project, conceived by a pair of Californians, aims to outfit every participant with a handmade pink hat to "make a big unified statement," according to a description of the project.

The march itself is a response to an election cycle that "insulted, demonized and threatened many of us," according to organizers' mission statement. 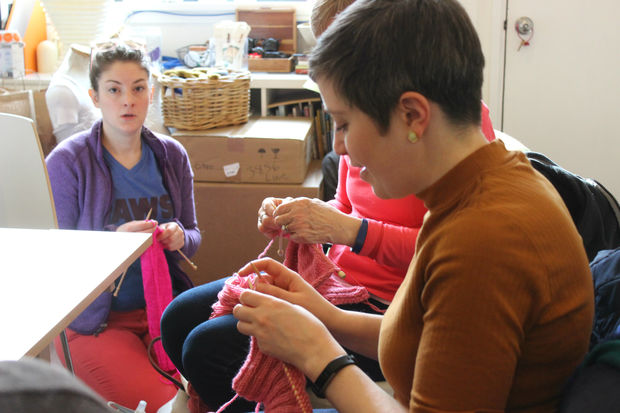 DNAinfo interviewed a number of knitters about both the Pussyhat Project and the Women's March (see video below).

"A lot of us are here for women's rights in general and reproductive rights and making sure we have a voice in this administration and for the next four years," one knitter said Sunday.

Those gathered at the shop expressed concern about access to health care, immigration rights and the general lack of respect shown to women by Trump during the campaign.

"The way he regards women, it's just derogatory and he needs to know that doesn't sit well with a lot of people," one knitter told DNAinfo.

Said another: "I'm a woman, I'm a first-generation Mexican-American, we were a target during the election and the campaign, and I'm not going to stand and take it." 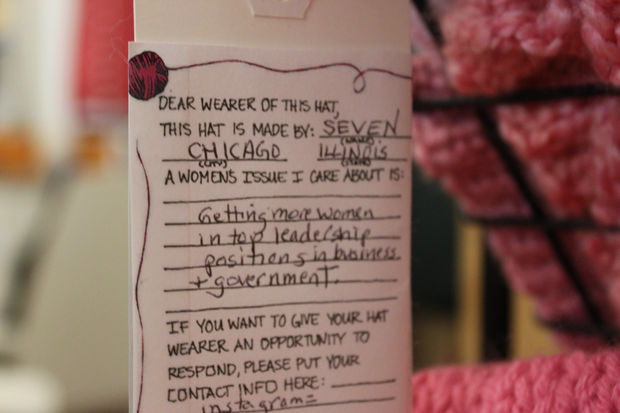 Women in Chicago and across the country aren't waiting for Trump to act before mobilizing.

"I think the threats are pretty clear. I think the rhetoric during the campaign set the tone, at least in my mind, set the tone for the way the administration might at least set out in the beginning," one knitter said.

"It behooves us to be proactive and kind of let them know we're not going to take it lying down," she continued. "And that we can organize, we can come together, and we're going to stand up for ourselves."

For those interested in attending Saturday's Women's March in Chicago, Knit 1 is serving as a meet-up location. Marchers plan to gather at the store at 8 a.m. and then head downtown via the Brown Line.

The Chicago rally will kick off at 10 a.m., at Jackson Boulevard and Lake Shore Drive. The main stage will be located on Jackson, as opposed to the Petrillo Bandshell in order to protect Grant Park from damage.

Pre-rally entertainment gets underway at 9:30 a.m., but marchers can begin assembling as early as 8:30 a.m. Jackson will remain closed between Lake Shore Drive and Columbus until 2 p.m. (click here for  more information). 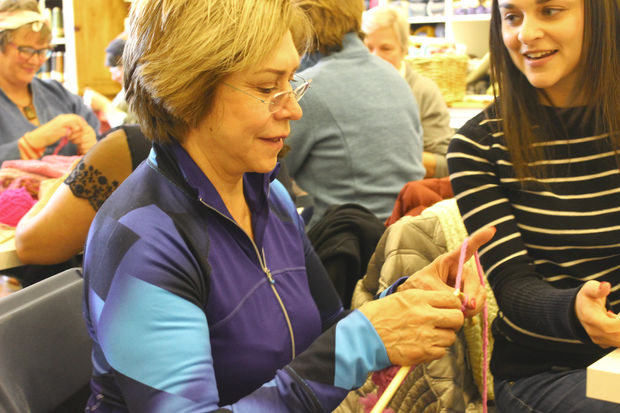 Margarita Castillo is a first-time knitter. Her Pussyhat is for her daughter. 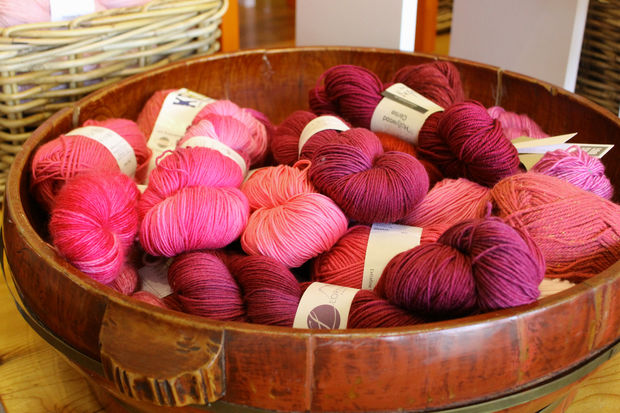 Knitters are making Pussyhats in every shade of pink. 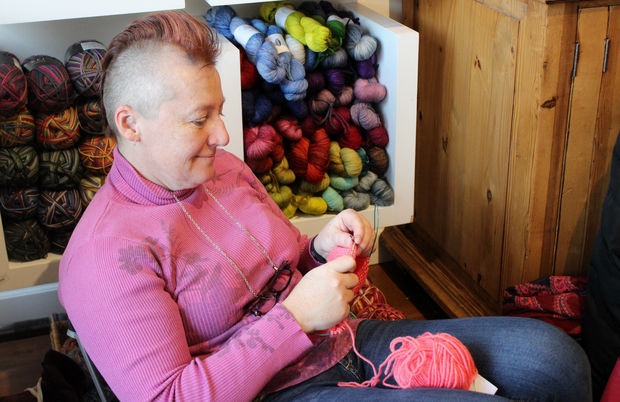 Some knitters brought their own chair to Knit 1's knit-in on Sunday. 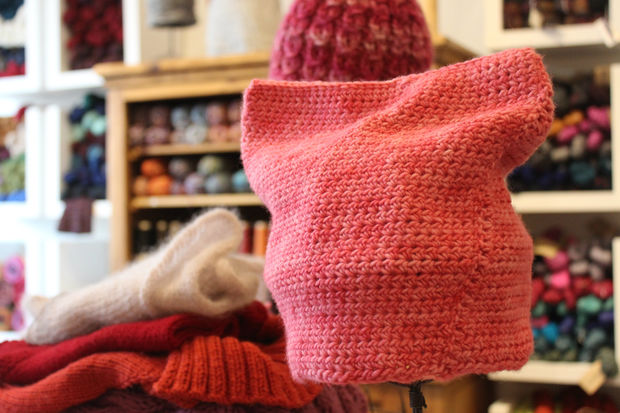 A Pussyhat on display.