LINCOLN SQUARE — Even before the first Groundswell Coffee Roasters opened on Damen Avenue in spring 2015, additional locations were already in the works.

The second Groundswell debuted in the West Loop in September and the third bowed last week in Lincoln Square, 5008 N. Lincoln Ave.

"The first one was kind of like a proving ground," said owner Jason Foster. "We're growing as quickly as I want to without sacrificing quality and without overextending."

The Lincoln Square shop has seating for approximately 30, either at tables or along the window bar.

"This space, physically, I like it — it's wider" than his other outposts, Foster said.

The menu, featuring unusual single-origin coffees, paninis and pastries, is the same as the Damen and West Loop cafes. Like its West Loop sibling, the Lincoln Square shop features an eye-catching pair of Japanese Kyoto-style slow drip brewers, which look like a science experiment but actually produce cold brew coffee and tea one drop at a time.

Where the Damen cafe is dominated by a swirling hand-painted mural, the Lincoln Avenue shop is currently a blank canvas, which Foster is asking patrons to change. He's partnering with neighboring business, Shiner, to fill Groundswell's main wall with Instagram "tiles," created from images contributed by customers. Shiner will take Instagram photos tagged with #mygroundswell and transfer them onto wood blocks, which will then hang inside the cafe.

Foster jump-started the project with lots of images of coffee drinks and several of polar explorer Ernest Shackleton, who Foster admires for his resilience.

Those types of personal images, or pictures of the surrounding neighborhood, are welcome as part of #mygroundswell, he said, which is intended as a reflection of the community.

With the addition of two more cafes, as well as wholesale accounts including Ampersand, Fountainhead and Revival Food Hall, Groundswell has already outgrown the five-kilo roaster Foster started out with on Damen.

Foster now runs Groundswell's roasting operation out of a Bowmanville warehouse, where his neighbors include Rosehill Cemetery and a car wash.

The biggest change for Foster is that he's no longer roasting the beans himself.

"Ask any business owner — you get into a business you enjoy and then you don't get to do that anymore," he said.

"I would love to just have a day of roasting," but instead "one minute I'm washing dishes ... the next I'm doing QuickBooks," he said.

That's not a complaint, by the way.

"When I had the idea" for Groundswell, "this is what it was," Foster said. "From the beginning, the business plan was multiple units."

For now, Foster is standing pat at three cafes while he focuses on growing Groundswell's wholesale business. 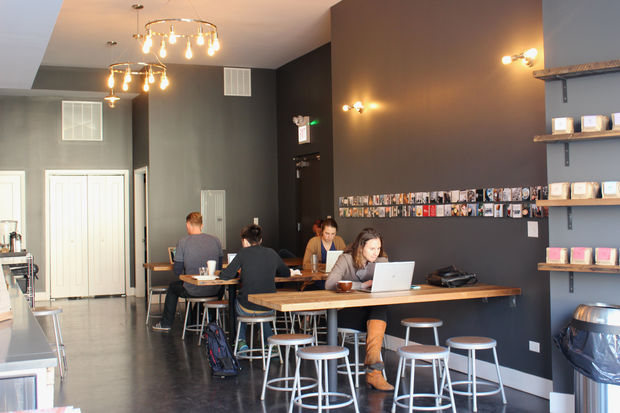 There's seating for 30 at the Lincoln Square Groundswell. [All photos DNAinfo/Patty Wetli] 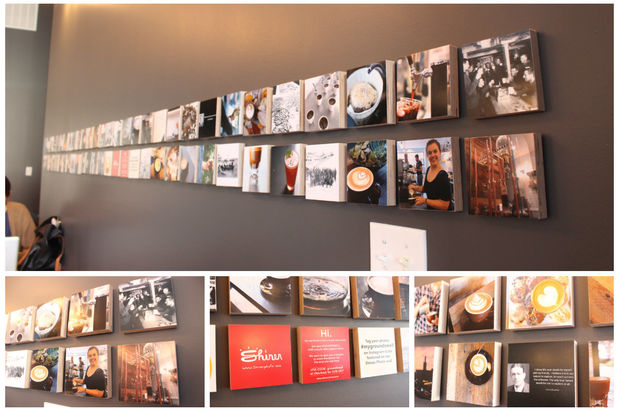 The wall at Groundswell will be filled with photos provided by patrons. 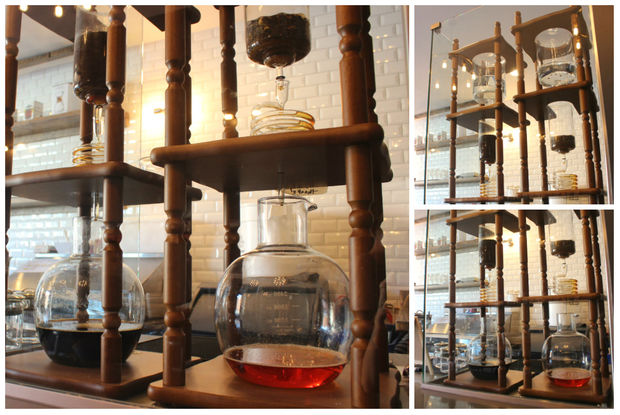 Japanese Kyoto-style slow drip brewers look like a science experiment but actually produce cold brew coffee and tea one drop at a time. 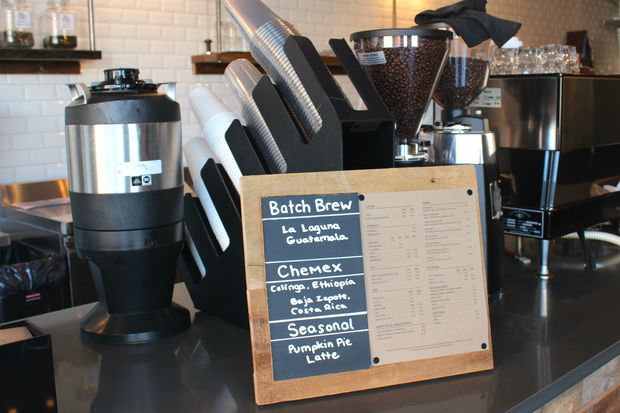 Groundswell sources its single origin coffees from around the world, and roasts small batches of the beans locally in Bowmanville.