Wrigleyville Today Is Different From The 2015 NLCS — Here's What's Changed

WRIGLEYVILLE — Missing your post-game Big Mac? Longing to get down on the Red Ivy dance floor?

While it's only been a year, a lot has changed since the last time the Chicago Cubs played in the National League Championship Series. As they gear up to take on the Nationals or the Dodgers this weekend, fans back in town might be a little confused by all the changes in Wrigleyville.

While it might seem silly to get sentimental over a McDonald's, the Golden Arches outpost at the northwest corner of Clark and Addison was special. Special in the sense that it stayed open late to satisfy all our post-game drunk food cravings.

Whether you soaked up the booze with a Big Mac amid a daylong bar crawl or snagged some nuggets before catching a Cubs game, McDonald's was there for you, complete with its baseball-topped towers and 30-minute time limits.

But in March, the McDonald's at 3620 N. Clark St. was razed to make way for Hotel Zachary, a seven-story structure with an expansive glass facade being developed by Hickory Street Capital, the real estate development firm for the Cubs owners, the Ricketts family. 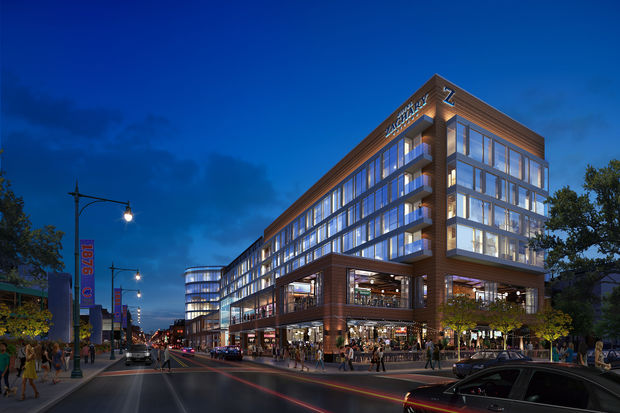 Hotel Zachary is expected to open in early 2018 and will become host to restaurants from the groups behind some of the city's best-known eateries. [Provided/Hickory Street Capital]

Inside will be 175 hotel rooms, Big Star and Smoke Daddy BBQ (head over to Wicker Park to try them out now), a Wintrust Bank branch and a shiny new McDonald's.

The Cubs Store was also dismantled, and this season it relocated to the other side of Wrigley Field, near the edge of the half-finished plaza.

The hotel is expected to open in early 2018, which means there's just one more season to muddle through without your Mickey D's (granted, some Yelpers won't be too upset).

Hopefully Taco Bell down the street can tide you over.

Yes, we lost some of our top Wrigleyville destinations this offseason: Salt & Pepper Diner, Mullen's, Goose Island Wrigleyville and Red Ivy among them.

Nearly everything on the L-shaped strip from the 7-Eleven at 3554 N. Sheffield Ave. to Mullen's at 3527 N. Clark St. was demolished over the past year to make way for a mixed-use development.

RELATED: Red Ivy Opened With Dreams Of A World Series — Missing It Is 'Bittersweet'

Formerly known as Addison Park on Clark, the Addison & Clark complex broke ground in August, although demolition on the remaining, ghoulish structures lasted into September.

Developers said no street or sidewalk closures are expected until next year.

A decade in the making, the massive, $140 million transit-oriented development will tower nine stories over the southwest corner of Addison and Clark. Fourteen retail spaces, two parking garage levels and 148 apartments will fill the space along with a Cinemex theater.

There is some good news: Starbucks has already reopened in the former Harry Caray's, 3551 N. Sheffield Ave. Plus, developers have suggested that former tenants like Red Ivy and Goose Island could be invited back when the time comes to sign leases.

Two more large-scale tenants have yet to be announced, but developers have plenty of time. The project is expected to take two years.

3. The Who at Wrigley What Now?

If you haven't been in Wrigleyville since the 2015 National League Championship Series, the Wrigley Field plaza looks quite different — mainly because half of it is now actually visible instead of covered by construction fencing.

There's still work to be done on the northern half of the 50,000 square-foot plaza, which won't be used during the playoff season, Cubs spokesman Julian Green said. 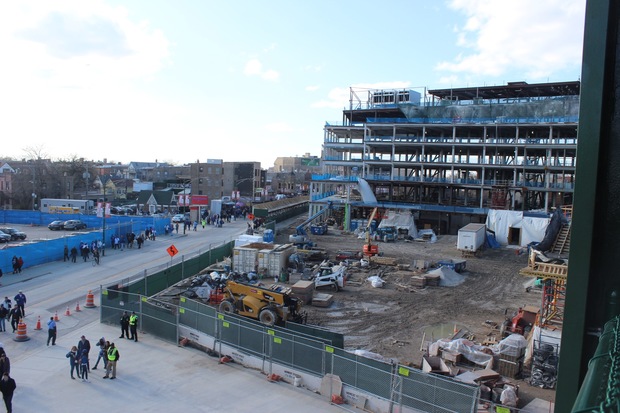 Along with the hotel, the developing complex around Wrigley Field will be known as The Park at Wrigley Field until naming rights are sold off.

Next year, though, the Cubs hope to host community events like movie nights and give fans some time to mingle on the plaza with drinks and food. But they don't get to do so without some restrictions, passed in June.

Pretty much. This winter will mark the third year of five to complete massive, $750 million renovations to Wrigley Field.

So far the marquee has been refurbished, the bathrooms are bigger, the bleachers and adjoining bar are complete and the home team has a swanky new clubhouse (no such luck for the opposing team, though).

The club also added metal detectors at all gates around Wrigley Field as part of a league-wide mandate. So far, the additional security hasn't slowed lines too much, although the Cubs encourage everyone to arrive early in the two hours before game time at the gate marked on their tickets.

Last year, heavy construction didn't start until after the postseason, delaying work by about a month. Come November, work will continue on the building at Clark and Waveland.

The Cubs expect to move office operations to the new building in January, along with several restaurants that will likely have patios out on the plaza.

The Hotel Zachary/Wrigley Plaza is being developed by an entity controlled by a trust established for the benefit of the family of Joe Ricketts, owner and CEO of DNAinfo. Joe Ricketts has no direct involvement in the management of the hotel development project.

• What To Expect In Wrigleyville This Postseason? No Champagne, For One Thing

• How To Avoid Buying Fake Cubs Postseason Tickets And Merchandise

• 5 Cubs Collectibles That Will Knock Your Socks Off

• Jumping On The Cubs Bandwagon? Here's What You Need To Know