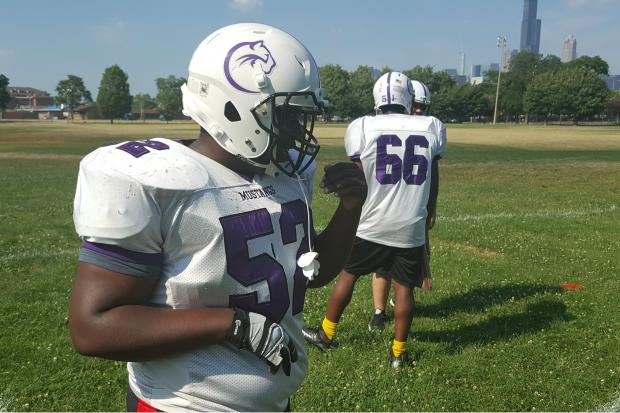 CHICAGO — Wendell Phillips Academy football coach Troy McAllister was at the helm when his team became the first Chicago Public School to win a state championship this past season.

But winning did not lead to more cash for the Bronzeville high school to fund the team's needs. So, McAllister did what many other programs within CPS are doing: asked the public for help.

The team put an appeal on GoFundMe to fund pre-game meals for players, and has raised more than $5,200 in the last year.

"Due to the lack of funds our school and our boys have, their pre-games diets are either non-existent or devoid of nutrition," the fundraising page reads. " ... It seems obvious, but having enough energy to play 4 quarters of football could mean the difference between making history or not."

McAllister said that is the sad reality is those kind of appeals have become the norm for public league coaches.

"Being a football program at a Chicago public school... you are under-resourced, you are underfunded," he said. "GoFundMe has been great because it can get [the word out] to so many people. Due to the lack of coaching stipends, you're at a competitive disadvantage. But we make no excuses here."

McAllister, who teaches physical education at Phillips, has been the coach for the past six years. He and other coaches are forced to fundraise to buy uniforms and equipment — which is often subpar — and pay for transportation to games and even pay referees.

He said support for the football program comes from a variety of sources, including alumni, the school administration, elected officials, private donors and coaches digging into their own pockets.

"We have a group of young men that want success and crave structure. If a coach says he isn't using some of his own money, he's lying," McCallister said. 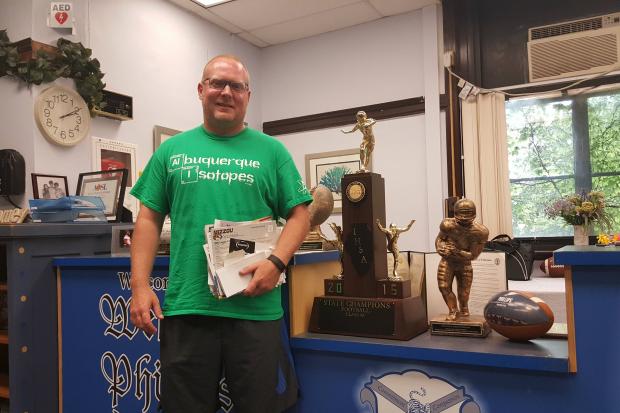 The team's success on the field has led to more ticket sales and more money that can be reinvested.

"Due to two deep state title runs in a row, we keep the money from the gate. That money goes back into the program," he said.

But the team could make even more money if it had its own stadium, something few CPS schools have, he said.

Lane Tech High School is one of the few public league schools to have its own on-site stadium.

According to a FOIA request obtained by DNAinfo, Lane Tech's athletic program collected over $29,000 from tickets sales from games played at its football stadium between 2013 and 2015.

From 2013 to 2014, Simeon, who plays it's home games at Gately Stadium, made over $44,000 from tickets sales on football alone based on scheduling schools with large fanbases.

But other schools make far less, the FOIA request showed.

Andrew Frierson, the coach at Chicago Tech Academy, built the football program from the ground up. Not only did he solicit donations from suburban and Catholic high school programs, he also created a GoFundMe account to pay for basic expenses.

"When I was interviewed for the job, the principal told me the she wanted to start a football program within a year. I told her we could do it but it's going to take baby steps," Frierson said. "I want us to not have a strong want for anything. My coaching staff wants to provide as much as we can for these kids."

LeAlan Jones, an activist and coach, played eight-man football as a student at what was then called King High School (and now a college prep). He said that CPS coaches are often left in the dark when it comes to the school's finances by administrators.

"All CPS schools get a budget based off of their needs. Other schools have more equipment than students who can participate. It depends on the discretion of the administrator at that particular school," Jones said. "The biggest issue is that many of the coaches aren't high-level administrators. They don't know what's there or what isn't there."

Jones believes that school administrators make these decisions based on the prominence of the sports involved.

"When I was at King, basketball was more important that football. It's about what the principal and the athletic director gauges as being important," Jones said. "Then you have schools who overspend on those things. Only four CPS schools can field a full varsity football roster."

Chad Adams, the principal at Sullivan High School, is aware of the budget shortcomings. He said he tries the best he can with a limited budget.

"This year, we've been even more broke than we've ever been. I've had to make cuts in the middle of the year. I've lost two staff members," Adams said. "CPS gives us money per kid. The rest goes towards staffing and supplies for the school. CPS covers stipends for high school coaches, but no longer for middle school. We have to pay for referees and buses."

"This year we have had a lot of struggles with our weight room. We share it with every other sport and it is smaller than most classrooms," Dowell said. "In the winter, so many sports were using it and since it was on the second floor, the ceiling below it in the cafeteria started to break through and we actually had to close our weight room."

Dowell, a junior from Old Town, said that the football team's struggles for facilities often hinders practice time. Last season, Lincoln Park created a booster club in order to pay for the things the team needed.

"While we still manage to work hard and get better, we are still limited with no workout machines because we couldn't move those outside. And anytime it rains, we can't lift [weights]," Dowell said. "Also, we use Oz Park as our practice field, but whenever there is an adult league softball game or little league baseball, we are confined to a 40 by 40 yard space which of course isn't enough room for a football practice." 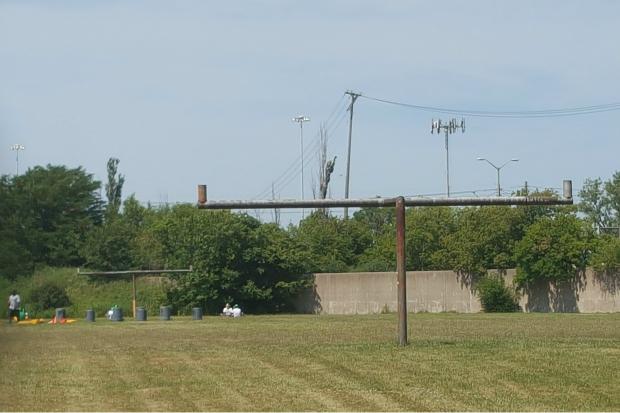 Tony Dowell, Jake's father, said the timing of the ceiling collapse was bad for the team because their off-season training was canceled for the winter because of it.

"The kids weren't able to do the things the kids in the suburbs were doing in terms of preparing for the football season. At the time, all of this budget stuff was going on and there was nothing the school could do about it," Dowell said. "You would think a football team wouldn't have to go the whole off-season without a weight room."

Dowell, who is a part of the school's booster club for the football team, said he doesn't expect any help from CPS.

"I felt disappointed but you kind of get use to it," Dowell said. "The kids works as hard as anyone else, but they don't have the advantages. They have to roll with it and there's nothing they can do."

Even though public school coaches and players would love to have better facilities and consistent funding, many of them who went through the same struggles believe that they were better off for doing so.

Corey Mays, who played five seasons in the NFL, is a Morgan Park High School alum.  He said if the CPS can't meet basic educational needs, football and other sports will fall by the wayside.

"It is a shame to see CPS football not live up to its potential considering it has produced quite a number of college and NFL players over the years," Mays said. "There is a tremendous amount of talent in the city and sports have always served as a buffer between the gang life and violence."

Mays, an entrepreneur and an investor, said that he noticed the lack of funding when he played at Morgan Park. He believes that it will take time for CPS to have a sustainable budget, but said that it's imperative if the city wants to provide alternatives that keep students off the streets.

"We have to figure out how to make budgets work. That is no easy task to overhaul a complete system especially in a political atmosphere such as Chicago," Mays said. "But on the other hand, funding these youth sports will make more students productive and possibly cut down on some of the violence plaguing the city. These kids need to know that they can be successful."

Chicago Public School officials did not respond to multiple requests for comment.