RAVENSWOOD — Ravenswood's newest brewery has some old-school tricks up its sleeves.

Dovetail Brewery, announced in September 2015, is preparing to debut its first brews during Chicago Craft Beer Week. A taproom is set to follow (fingers crossed) by the end of the month, pending final city approval.

A sneak peek inside Dovetail's impressive 22,000-square-foot home at 1800 W. Belle Plaine Ave. reveals that co-owners Hagen Dost and Bill Wesselink weren't kidding around when they said they planned to separate themselves from the craft beer pack by focusing on continental European-style brews and classic techniques.

In Nature We Trust

The two, who dreamed up Dovetail while taking master brewing classes at the Doemens Akademie in Munich, are so traditional in some of their methods they're practically cutting edge.

Only a handful of ambitious U.S. breweries are tackling Belgium's lambic-style sour beer. Dost and Wesselink are joining them out of the gate, brewing like its 1876, before Louis Pasteur came in and cleaned up the fermentation process.

The lambic-style brew "breaks all the rules," fermented using the wild yeast just hanging out in the air around the Ravenswood brewery, Dost said.

In its earliest days, all beer relied on such "spontaneous fermentation," before yeast was tamed and cultured. 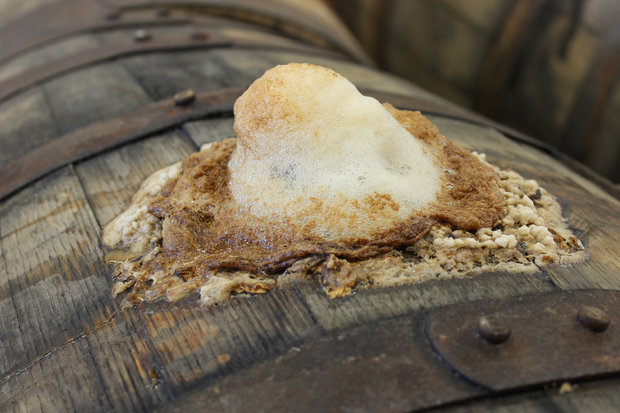 "We trust in nature, that the 'City in a Garden' is going to give us the organisms that we need," said Dost. "We prepare the food for the yeast and nature cooperates. The beer is fermenting completely on its own."

The wild yeast is "trapped" while the beer (or, more accurately, wort at this point) chills out in Dovetail's coolship. Picture a swimming pool for beer, that's a coolship — a piece of equipment once common in breweries but largely abandoned by all but the Belgians in favor of mechanized refrigeration. 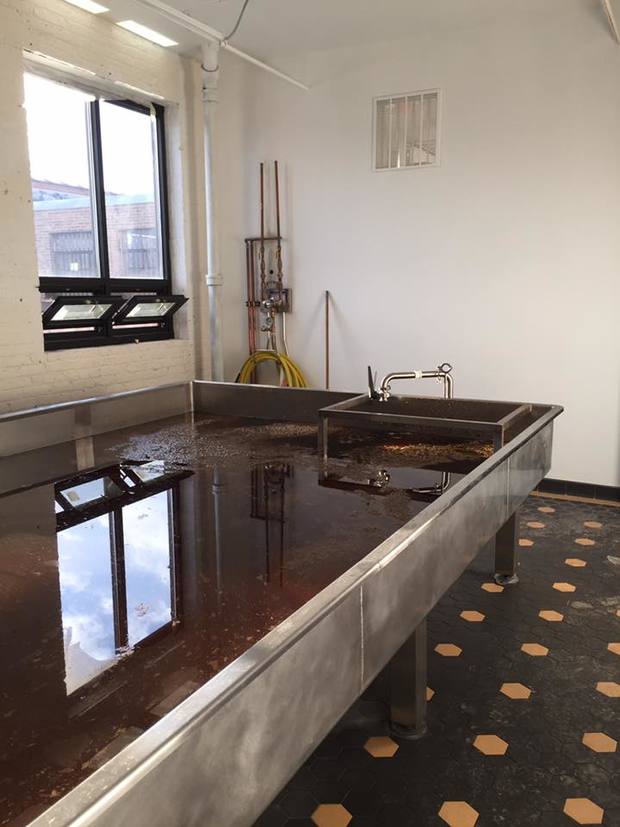 Dost and Wesselink won't know until 2017, or possibly even 2018, whether they've got a winner on their hands.

The lambic continues to ferment for a minimum of six months and as long as two years, developing character in wood barrels the guys picked up from Revolution Brewing. (No bourbon barrels here.)

They've already brewed three to six batches of the lambic — "I've lost count," Wesselink confessed — and will keep on brewing every spring and fall until they've filled nearly all of Dovetail's cavernous second floor with barrels, stacked four high.

As the lambic reaches maturity, "we'll imagine the beer we want to achieve" and blend barrels, each of which will taste different, until they arrive at the agreed-upon mix, Wesselink explained.

It's not all-lambic all the time at Dovetail.

They've also brewed a lager, a hefeweizen and a rauchbier, all of which will be available at Craft Beer Week events as well as on draft at Dovetail's taproom and bars including Hopleaf, Paddy Longs and the Long Room.

Dovetail is self-distributing its kegs to bars and restaurants — no bottles, cans or growlers at the moment. 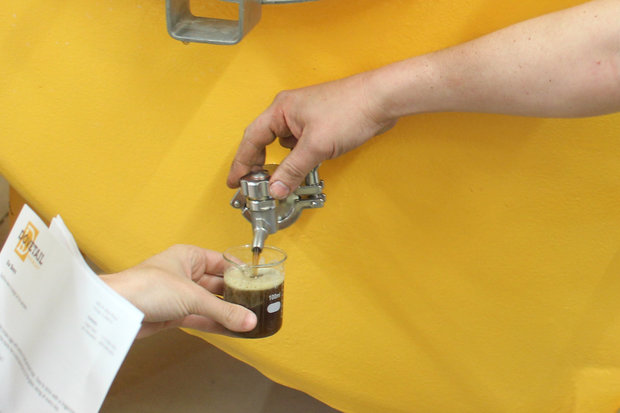 A sample of rauchbier. [DNAinfo/Patty Wetli]

Curiosity seekers and adventurous drinkers are likely to be drawn to the rauchbier, something of a rarity in the U.S.

The beer is made with beech wood-smoked barley malt imported from Germany, lending the brew bacon and chocolate flavors that aren't as overpowering as they sound.

All of the beers spend time in one of four open-top fermenters that were salvaged from Germany.

The wide, shallow, topless fermenters give the yeast more elbow room to do their thing, he said.

"Our philosophy is, you minimize the stress on yeast by removing the pressure on top," said Wesselink.

Dovetail has been flying under the radar while Dost and Wesselink built out their brewery, paying insane attention to detail, like the 106-year-old cast iron-and-copper holding tank that has a terrific back story. 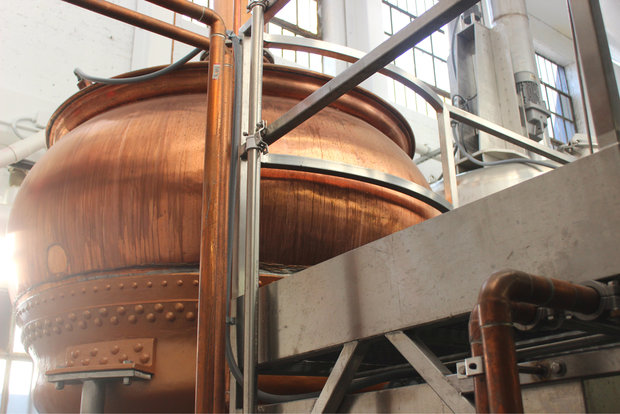 Dovetail hasn't officially opened yet, but it already has a history. [DNAinfo/Patty Wetli]

"We were working with a German company that specializes in salvaging equipment — we got our fermenters there. Their warehouse was like 'beer hoarders,' " Dost said.

"This thing was laying in three pieces on a barn floor," a cast off from the 1,000-year-old Weihenstephaner Brewery, he said.

Could they have it? Dost and Wesselink asked.

You mean you actually want this piece of junk? came the response.

Dost and Wesselink found a guy in Milwaukee who had the skill to weld copper, and after who knows how many years of being separated, the tank's pieces were reunited.

"At the very least, it's great karma," Dost said.

Like the copper tank, Dovetail was built to last.

"The most common thing you hear from other brewers is, 'We didn't know we'd grow out of our space in two or three years,'" Dost said.

He and Wesselink chose their Ravenswood location precisely because it had more capacity than they would need at launch, giving them plenty of room to expand if all goes well.

"We don't want to go through this again," Dost said of the start-up phase. "We want to focus on beer." 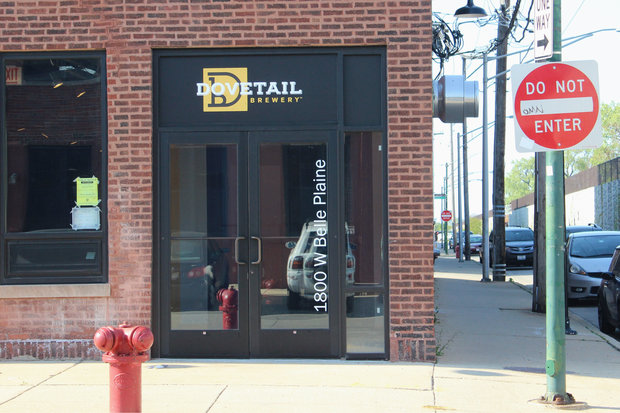 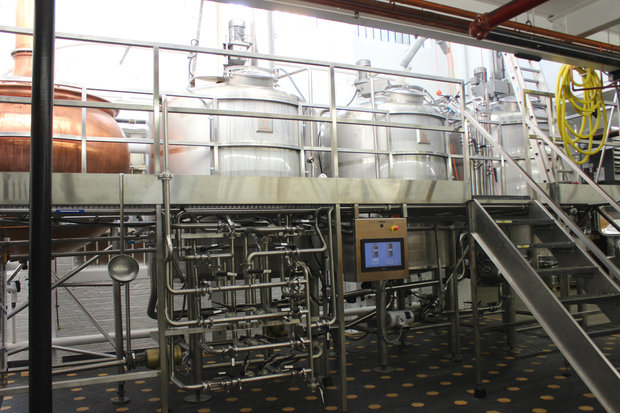 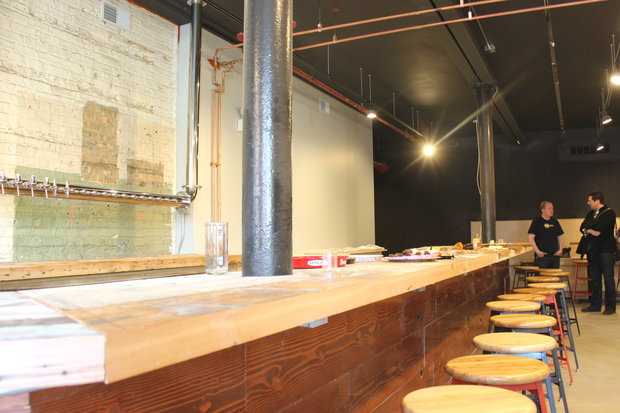 The taproom, still a work in progress, aiming to open by the end of May. [DNAinfo/Patty Wetli] 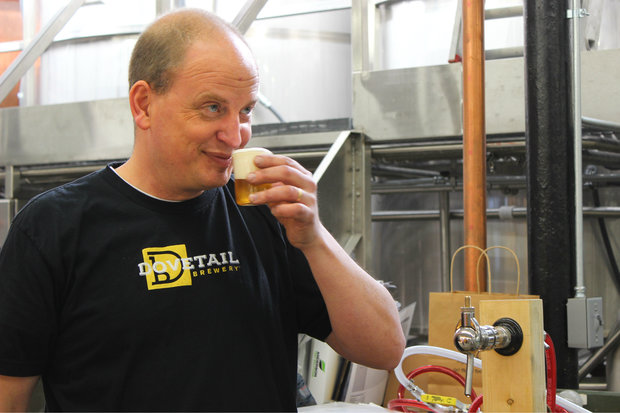 Hagen Dost takes a sip of Dovetail lager. Is it fun to be a brewer? Absolutely. "We come in every day with a smile," said Bill Wesselink. "We didn't quit great jobs to do something we didn't like." [DNAinfo/Patty Wetli] 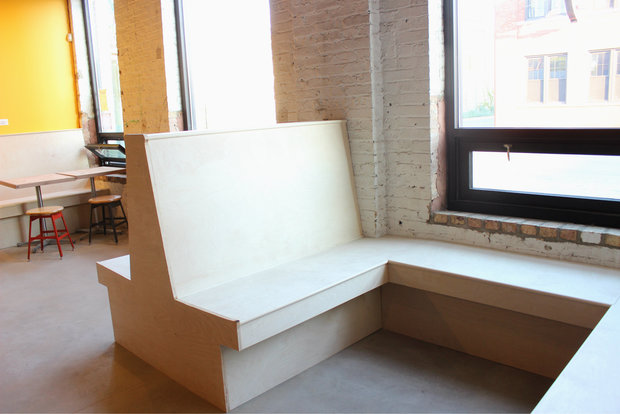 The taproom in progress. Dovetail won't be selling food, though patrons are welcome to bring their own. [DNAinfo/Patty Wetli] 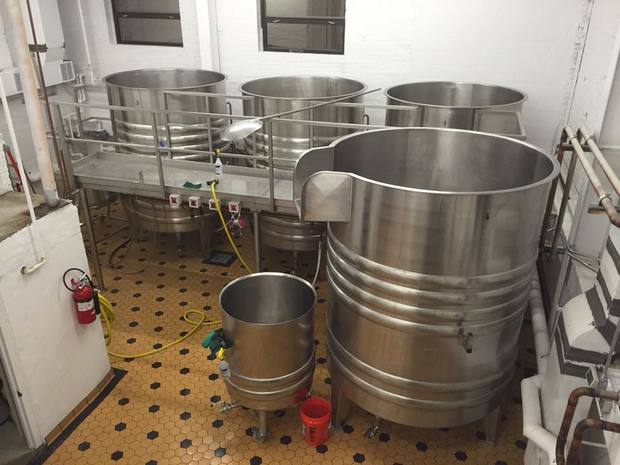 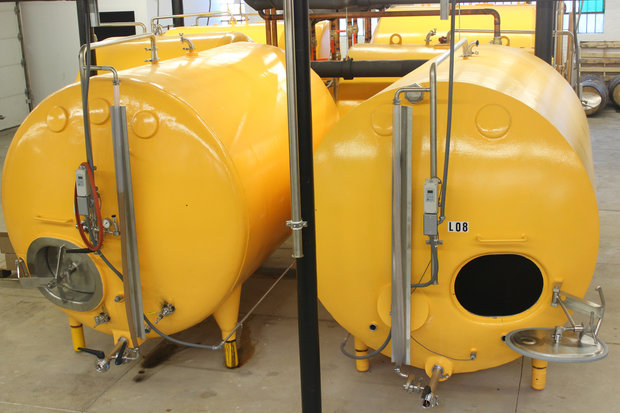