BEVERLY — Enrico Fermi fled Italy in 1938 with his Jewish wife, Laura Capon. On the journey, they brought a steamer trunk that will be on display May 15 in Beverly.

The trunk, along with Fermi's monogrammed bed sheets, will be showcased in the home of fellow scientists Sandra Biedron and Stephen Milton from noon to 5 p.m. during the Beverly Hills/Morgan Park Home Tour.

The tour features five homes and one church throughout the neighborhoods on the Far Southwest Side. Advance tickets cost $30 and can be bought online for an additional $2.64 fee. Tickets on the day of the event cost $35.

Other homes on the tour organized by the Beverly Area Planning Association offer cooking demonstrations, new car displays, expert decorating tips, elaborate artwork and more. The tour begins at the Episcopal Church of the Holy Nativity at 9300 S. Pleasant Ave. in North Beverly. 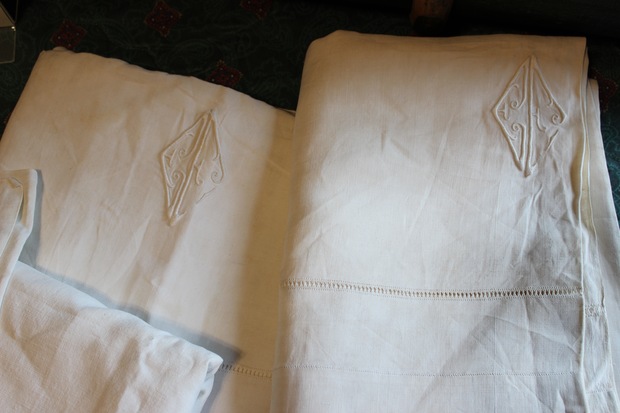 Enrico Fermi's monogrammed bed sheets will be on display May 15 for the Beverly Hills/Morgan Park Home Tour. Homeowner Sandra Biedron said she was shaking as she took the sheets out of Fermi's steamer trunk. [DNAinfo/Howard A. Ludwig]

The "science" house is highlighted by Fermi's personal belongings. The "architect of the nuclear age" fled his home country to escape Italian Racial Laws that discriminated against Jews.

Fermi emigrated to the United States where he worked on the Manhattan Project and led the team that designed and built Chicago Pile-1. A piece of graphite from this first sustaining nuclear chain reaction can also be found in Biedron and Milton's Beverly home.

Indeed, the husband-and-wife team build particle accelerators and advanced lasers throughout the world. They work at Argonne National Laboratory and Fermilab while living in Chicago and also serve as professors at Colorado State University. They have a second home near Fort Collins, Colo.

Their bright yellow house here overlooks Ridge Park near 96th Street and Longwood Drive. Interesting items can be found on every wall and shelf and all come with a story on how they were collected — most often while one of the two residents was working abroad. 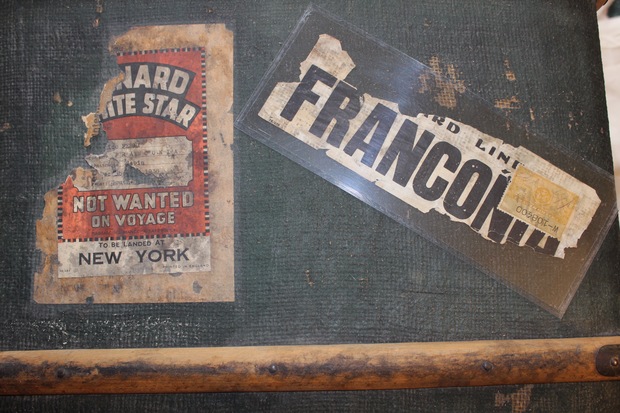 Enrico Fermi's steamer trunk is stamped with his name and features his destination as New York. The "architect of the nuclear age" fled his homeland in 1938 because of discriminatory laws that would have impacted his Jewish wife. [DNAinfo/Howard A. Ludwig]

In the dining room alone, there's a handmade boomerang that Biedron said came while "doing science" in Australia. The Peruvian blow dart gun came from a similar junket in South America. Then there's the Portmeirion Pottery on display that's designed with detailed, scientific drawings of various plants and flowers.

In every room, the owner's eclectic collection of interesting novelties stand out. For some, the chair from original Comiskey Park will be a highlight. For others it might be the toy airplane made by a World War I soldier from spent shell casings.

The architectural features of the house are jaw-dropping as well. The basement hookah lounge is a particularly quirky feature, though the owners claim to have never lit the centerpiece. That said, the room is filled with furniture and other items from Turkey, Morocco, Korea, Saudi Arabia and more. 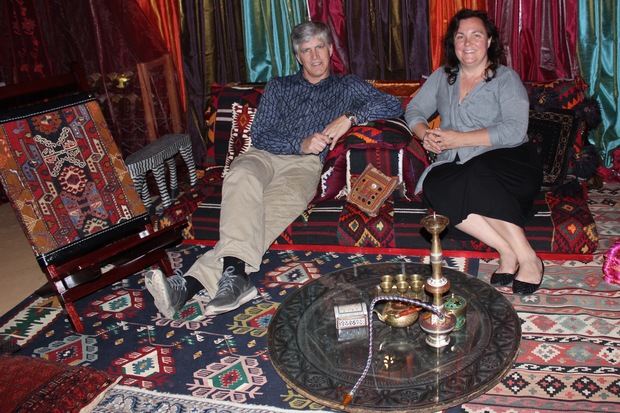 Sandra Biedron and Stephen Milton, of Beverly, have transformed their basement into a hookah lounge. The pair claim the centerpiece has never been lit. That said, the lounge also features furniture and artifacts from Turkey, Saudi Arabia, Morocco, Korea and beyond. [DNAinfo/Howard A. Ludwig]

"I hate putting drywall in a place that might get wet," Biedron said of the lounge that is instead decorated with colorful linens, rugs and floor pillows.

Also in the basement is a bathroom that's marked by a powder blue door that hails from India. The bathroom itself is also blue and decorated with imported Bisazza tile. Even the adjacent washer and dryer are blue to carry the blue theme.

The kitchen was inspired by Biedron and Milton's frequent visits to Italy. Indeed, Biedron is particularly proud of her efforts to bring three laboratories throughout the country together, which many natives thought could not be done.

The kitchen in this Dutch Colonial home is highlighted by a red Bertazzoni stove as well as a refrigerator that is made to look like an old wooden ice box. The kitchen is also decorated with some of the 65 paintings Milton bought for $35 at an estate sale while living in Switzerland. 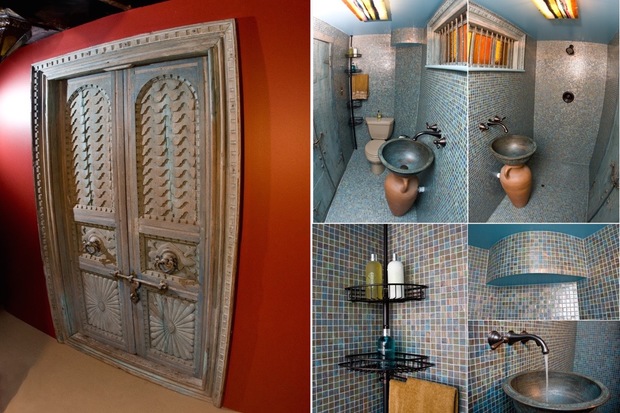 The basement bathroom in the home of Sandra Biedron and Stephen Milton is marked with a blue door from India. Inside the bathroom, the blue Biaszza tile is also imported. [Tim Coughlin Photographer]

"When we have visitors from Europe, they feel right at home," Milton said.