By Patty Wetli |&nbspJanuary 12, 2016 5:44am
@Pattydnachicago
Twitter Facebook Email More
Half Acre announced plans to open a restaurant next to its existing brewery and taproom.
View Full Caption
DNAinfo/Patty Wetli

NORTH CENTER — The bring-your-own-food days are over at Half Acre — the Lincoln Avenue brewery now has its own kitchen, which will make its official debut Thursday.

The menu, featuring what could best be described as upscale burritos, was created by Half Acre's head chef Nick Lacasse, a Charlie Trotter alum who left mfk restaurant for the brewery gig.

The presence of Lacasse in the kitchen signals that Half Acre's venture into food is a serious endeavor, according to founder Gabriel Magliaro.

Half Acre nearly went down this road two years ago, when Magliaro announced plans to open a restaurant next to the brewery's Lincoln Avenue taproom. The idea was scuttled months later, with Half Acre opting instead to focus on the expansion of its core business — making beer — by building a second, larger brewery in Bowmanville.

That expansion ultimately freed up enough room for a kitchen at Half Acre's North Center location, 4257 N. Lincoln Ave. At the same time, Magliaro said the brewery had reached a place where it could tackle the addition of "high caliber" food.

Reservations are not being taken at the taproom, but more standing room was added. Responding to queries on Facebook, Half Acre noted that the menu does have vegetarian options that can even be "veganized."

Half Acre's Bowmanville brewery, 2050 W. Balmoral Ave., will eventually house a restaurant and taproom too, but no opening date has been set for either.

In other restaurant news: 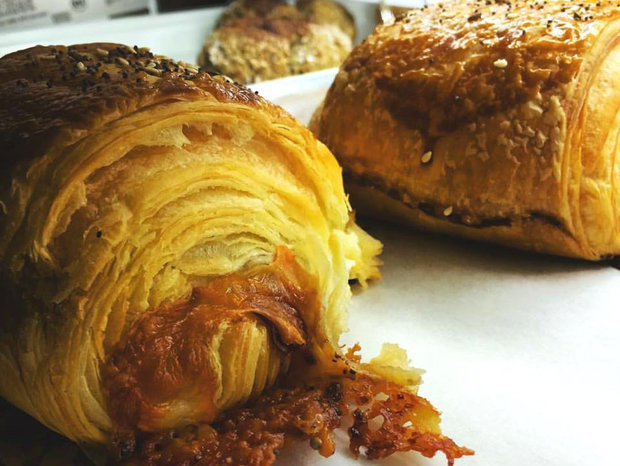 • Spoken Cafe, 1812 W. Montrose Ave., is now serving pastries from Floriole bakery and has been posting mighty tempting photos of croissants to Facebook.

• Budlong Pickle & Chicken Diner is still "coming soon" to Lincoln Square, aiming to open in the early half of 2016, 4619 N. Western Ave. Get a sneak peek, actually more of a sneak taste, of Budlong's offerings at owner Jared Leonard's other enterprise, Rub's Backcountry Smokehouse. Rub's Friday night pit-to-plate dinners will feature dishes that will eventually make their way onto Budlong's menu. Click here for more info.

• Band of Bohemia, 4710 N. Ravenswood Ave., is now selling growlers of its much ballyhooed beers, brewed on-site. The growler container, which holds a liter of beer, costs $5. The beer is priced at $8 for growlers of culinary noble or grilled apple tarragon, $9 for orange chicory rye or roasted beet thyme; and $11 for roasted maitake basmati nutty ale. 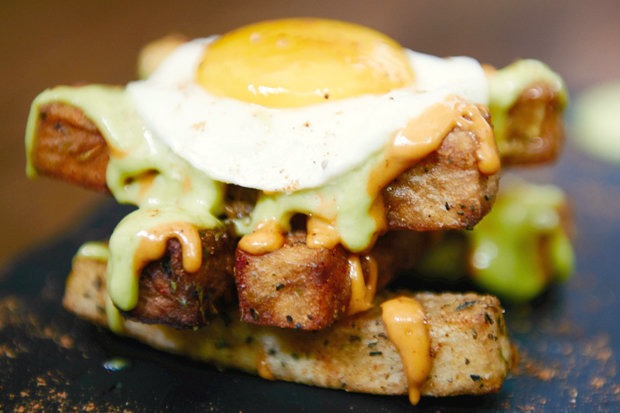 • Altiro Latin Fusion, 2116 W. Roscoe St., has announced new Happy Hour specials, available 2-5 p.m., Tuesdays through Fridays. For just $1.99 each, fill up on tacos or the ala papa brava — stacked potato wedges drizzled with avocado and chipotle aoili and topped with an egg. Wash it down with a margarita for $4.99 (regularly $9.99) or a glass of champagne for just $1.99.

In case you missed it: Beef Shack just opened in Lakeview and Pork & Mindy's debuted in Wicker Park. So what? Beef Shack has set its sights on North Center for a second location and the next Pork & Mindy's will open this spring in Irving Park.

More Development Coming To Lawrence, Weigh In At Community Meeting