Chicago's Most Dangerous Blocks: 'Kids Are Shooting In The Streets'

CHICAGO LAWN — In a city wracked by gun violence, one block stands out as the most dangerous.

But it isn't a residential or neighborhood block. The city's most violent block in a particularly bloody 2015 was a commercial stretch on one of the South Side's busiest thoroughfares.

The 6700 block of South Western Avenue in Chicago Lawn had five separate shootings this year, the most of any block in Chicago.

"It wasn't bad until this year. Now kids are shooting in the streets," said Ahmed Naqi, who has worked at King Food & Liquors, 6759 S. Western Ave., for nine years. "I don't know what's going on."

The violence cost one teen his life, and left several others injured. Tyree D. Harris, 18, was shot dead on the block in January.

In May, a man was shot in a late-night incident on the sidewalk, police said. The latest shooting occurred on Nov. 29, when two men were shot after walking out of a store.

No arrests have been made in any of the cases.

Although the block saw the most shootings, a total of 1,900 blocks experienced one or more shootings in 2015, according to data compiled by DNAinfo Chicago (see map below). Through Dec. 18, 279 city blocks were the sites of more than one shooting, according to the data obtained by DNAinfo from the Chicago Police Department.

The stretch of Western Avenue near Marquette Road is rougher-looking than a few blocks north, where many of the street's remaining car dealerships are located.

Still, the block is home to many popular businesses in the neighborhood: multiple auto parts stores, a food and liquor store, a pawn shop, dollar store and even a nonprofit child outreach and family support center.

Michelle Jackson, 13, was walking with friends to visit a few of the block's many businesses recently. They stopped at EZ Pawn, 6738 S. Western Ave., and asked if they were selling iPhones before they headed to a dollar store.

She said the violence stems from neighborhood gangs that are feuding, adding that it doesn't take much to get shot.

"Well, there was a whole bunch of gangs over here, and they don't like one another," she said. "I do get scared." 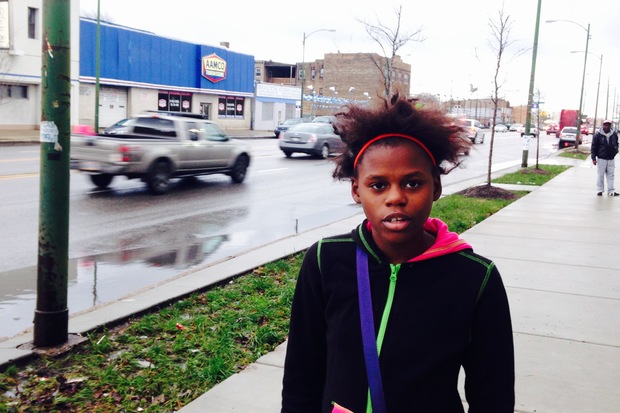 Michelle Jackson, 13, said the area has been plagued by gang violence.

Espeut said Family Focus's front doors have been broken twice. Her car has been broken into in the parking lot, she said. Sometimes police will tell the social workers to stay away from some homes or blocks.

"It's a tricky situation," Espeut said. "We have to teach [employees] to be aware of their surroundings. But we continue to do the work, because it's very important."

Espeut said her group works to mentor and empower young parents and their children. She said they try to tackle the problem of violence by building and strengthening families and homes.

Ald. David Moore (17th) said he has kept tabs on where shootings occur in his ward, helping set up block clubs when necessary.

"It's everything else everyone is dealing with in other neighborhoods," Moore said about the violence in the neighborhood near Marquette and Western. "People trying to make money and conflicts over turf and territory."

Earlier this year, Chicago Police noted that the part of Chicago Lawn near that stretch of Western had an increase in shootings, and the department was instituting gang-prevention strategies, including calling in gang members to the police station for a meeting.

Shootings have "gone up in that area. We have recognized it, and we are working on strategies to address it,"  Robert Tracy, chief of the Police Department's crime control strategy, said in July.

Standing on Western Avenue near 66th Street was Edward Williams, who pointed to a police SUV parked just off Western.

"That's every day, all day," he said of the squad's position.

Williams was walking to the pawn shop with his friend. He walked to the pawn shop, on the city's most violent block, from his home near 66th Street and Oakley Avenue, which itself had the second-highest number shootings of any block in Chicago in 2015.

Williams said he's only lived in Chicago Lawn for about three months, so he couldn't talk much about the block's history of violence. But he said its designation as one of the most dangerous is not surprising.

Williams said he recently moved to Chicago Lawn from West Garfield Park, specifically from the area near Maypole and Keeler avenues that residents called "K Town."

"And the reason we got out of there to come here was violence," Williams said. 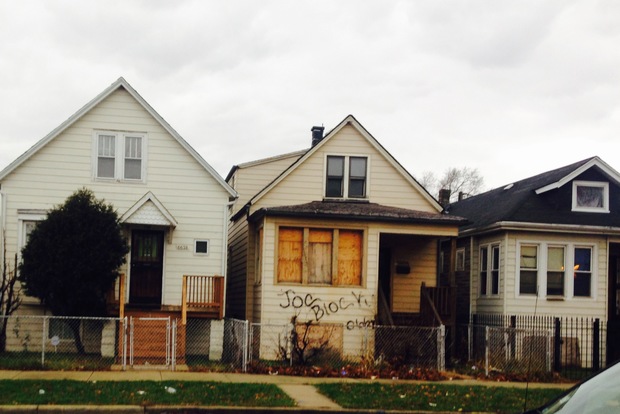 "There's more gangbanging over here, I'd say," he said of Chicago Lawn.

Ultimately, Moore said "economic opportunity" is the best way to stem violence near the 6700 block of South Western Avenue, as with every other block.

The following blocks across the city have had four shootings, based on data compiled from the Police Department:

5300 block of South Justine Street (Back of the Yards)