Chicagoans Actually DO Protest Violence In Their Communities All The Time

CHICAGO — How come nobody is protesting against neighborhood gun violence?

People have been asking variations of that question on social media lately, many of them reacting to recent high-profile protests following the release of the video that shows Laquan McDonald being shot 16 times by a police officer.

But Chicagoans were protesting, marching and engaging in important discussions across the city long before the video emerged ... and they still are. 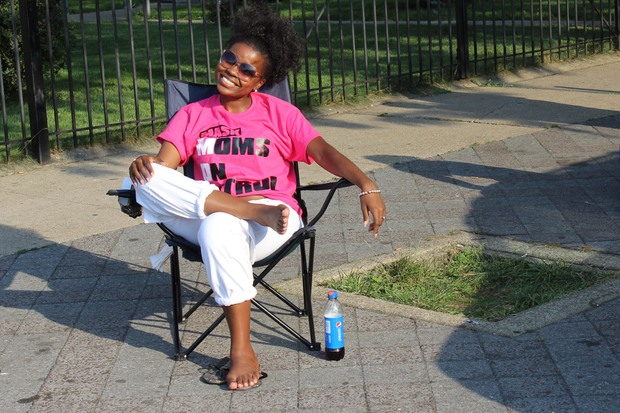 Tamar Manasseh formed Mothers Against Senseless Killings to patrol the neighborhood after a murder in the 7500 block of South Stewart in June. In the five weeks after a man opened fire on three women on June 23, there were no shootings on the block or on the 7500 block of South Harvard where the patrols were set up, according to a DNAinfo Chicago map of shootings in the city.

"When you have sisters like sister Manasseh and others out here just participating, it makes a big difference,” said Johnny Banks, the executive director of the community organization A Knock at Midnight.

When Englewood Women Spent Their Mothers Day Speaking Out Against Violence 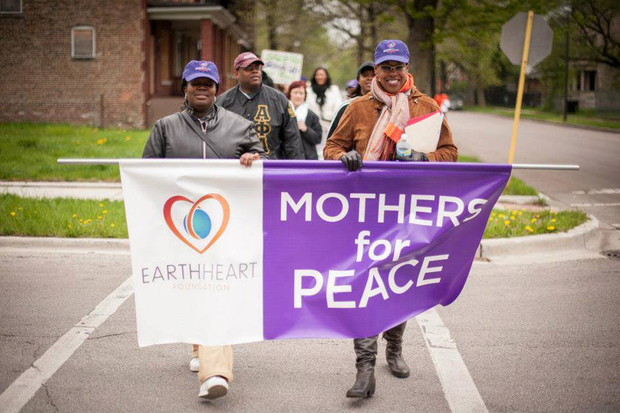 “Mothers are a critical, yet undervalued force of change,” said Dede Koldyke, president of EarthHeart Foundation. “We can’t rely on anyone else. So we connect, talk and tap into viable solutions to the challenges of our neighborhoods.”

When A Neighborhood Watch Turned Into Weekly Protests In Woodlawn 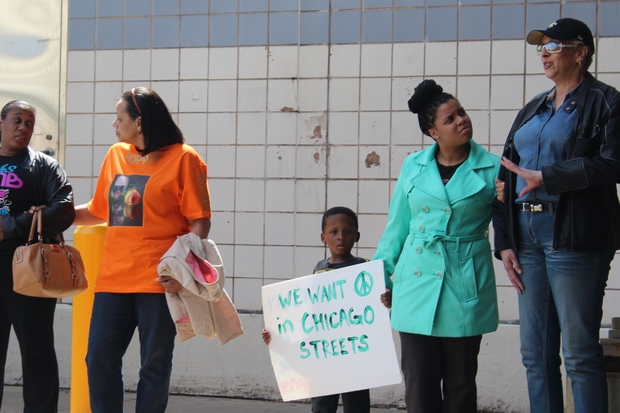 When Lunden Gregory was in Uptown six years ago, the sound of gunshots kept her up at night, forcing her to move to Woodlawn and South Shore before finally finding "peace" in Michigan, she said. But Gregory moved back to the city when she wanted "to no longer run from home" and "be part of the solution [instead] of running from the problem, when times get hard."

Gregory began standing on the corner with 11 other people, and soon that number tripled. Now she hosts protests on a weekly basis. 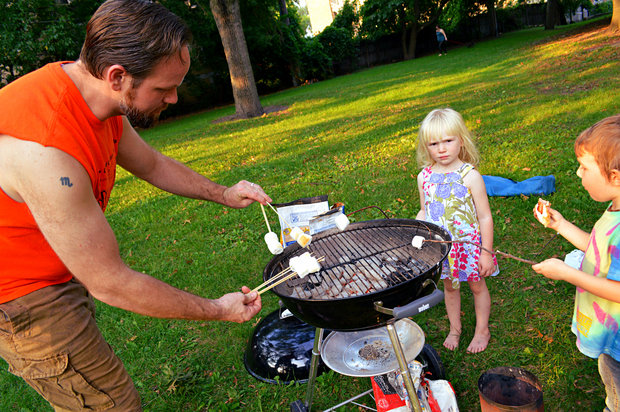 Residents united after a shooting at Leone Beach Park left two men wounded. Organizers of the event included a mother and her two young children — one of which she was forced to "lie" to after he witnessed the shooting.

The mother, Grace Husar, along with 30 other residents, gathered in the park do create art, utilize the playground, cook s'mores and symbolize they would not give up their park to violence. 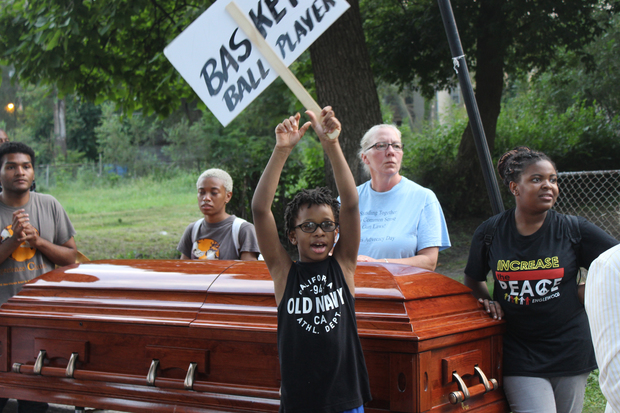 A South Side pastor and his supporters now use a startling but powerful symbol in their anti-violence marches through Englewood: They carry a casket. 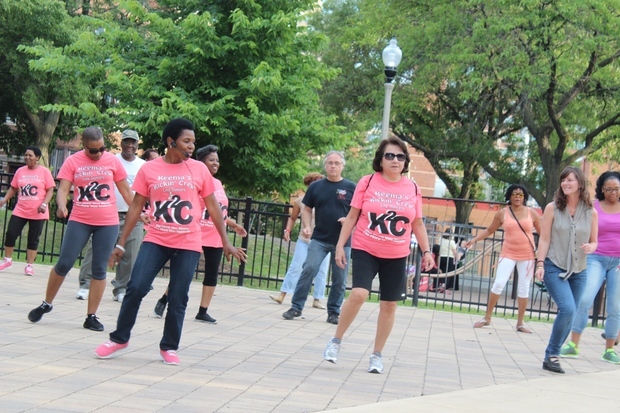 Members of the historically black fraternity joined other community leaders for a march against violence and to call for the revitalization of 79th Street, improved education in the city and to formulate an economic empowerment plan of action — in REALLY bad weather.

“Like I said before, we cannot sit back and stand on the sidelines and watch our young men destruct themselves," said the Rev. Roosevelt Watkins, also a march organizer and fraternity member. "It is important that we do our part to help our communities." 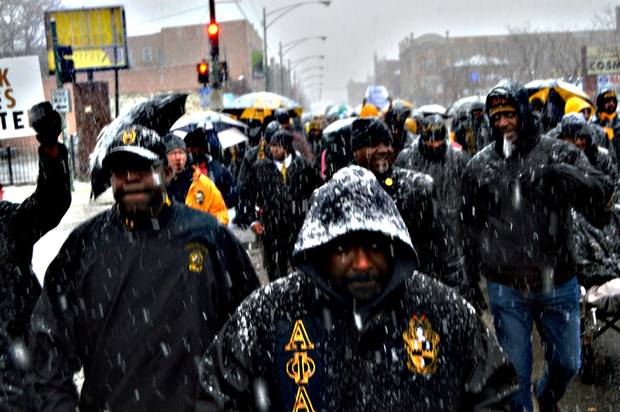 "A couple of years ago, this was a real gang-infested area. We've made a lot of strides in this area. This is a celebration [to say] we're giving it back to the the community," said Sgt. Will Lapitan of the Community Policing Unit.

The plaza, at Sheridan Road and Lawrence Avenue, has a history of gang activity and this was the perfect opportunity to "reclaim" it, Lapitan said.

Raul Montes Jr., 40, organizes a protest against violence every two weeks, everywhere from Little Village to Vittum Park. He said it takes "many, many hours" to organize the events, which include networking with local organizations and persuading people to come out.

"I like to make a difference. That's why I do it. I have a passion for it," said Montes, who works as a substitute teacher.

Montes said the people who are likely to complain about the lack of outrage are usually the ones that "won't [organize] themselves." But he agrees with the critics who believe there should be more protests so long as they're peaceful, saying they are the "right way" to fight against violence.

Martinez Sutton, who grew up at 62nd Street and Cottage Grove Avenue, said there are so many protests and neighborhood meetings that it's hard to keep up.

"It's always happening. They fight [gun violence], not only in the streets, but they're trying to get legislation passed. A lot of people think just because you don't see them in the street, they're not doing anything. But that's just not the truth at all," he said.

Sutton's younger sister, Rekia Boyd, was fatally shot by a Chicago Police officer in 2012. Following citywide headlines about the Laquan case, the Independent Police Review Authority has recommended that the officer be fired.

Despite the fact that he was personally impacted by a police shooting, Sutton sees shootings between neighborhood residents as an equally pressing issue.

"A lot of people think that it's just about police violence, when it isn't," he said. "People get shot every day in different neighborhoods. But if we can't call the police and let them know, 'Hey we're dying,' then who can we call?"