MAGNIFICENT MILE — The three-floor Uniqlo store opening Oct. 23 on Michigan Avenue would be the nation's second-largest, complete with its own Starbucks and views down the Magnificent Mile, executives at the hip Japanese retailer said today.

In an interview Thursday, Uniqlo USA CEO Larry Meyer and Justin Kerr, its chief marketing officer, outlined what shoppers can expect once the 60,000-square-foot store opens at 830 N. Michigan Ave. The Mag Mile store will be the first in the Midwest for Uniqlo, a white-hot brand known for its "lifewear," or in Kerr's words: "simple made better."

"It really sums up very simply what we're about," Kerr said. "What we know about the Midwest customer, the Chicago customer, we think it's going to be just the right narrative."

The chain will also debut here a new mobile app that will allow customers to search for discounts and "outfitting clues" based on their preferences in the store, Kerr said. The clothier already dresses top pro tennis player Novak Djokovic, and is known for its understated logo-less apparel, ultra-light down jackets and HeatTech innerwear for cold weather.

Dave Matthews explains what all the hype is about:

Meyer and Kerr expect an opening date to be announced by the company in the near future.

Uniqlo has other attractions planned to get customers off their computers and into the actual store. This includes the aforementioned Starbucks, which will face a wall of windows and take up half the top level of the six-story retail building, a trademark "army of mannequins" displaying apparel, and no less than 50 different colors of socks offered at any given time, Kerr said.

The store will also hoist posters of Chicago celebrities including chef Stephanie Izard wearing Uniqlo gear, and bring in two exhibits from the Museum of Science and Industry. Promotional events with the Chicago Bulls and a "train takeover" on four dates this fall are also planned to promote the brand.

"I think [Chicago's store] will be the first touchpoint for a lot of people that are coming to see Uniqlo, and I think we're really honored and excited and expect that to be a big part of our story," Kerr said. 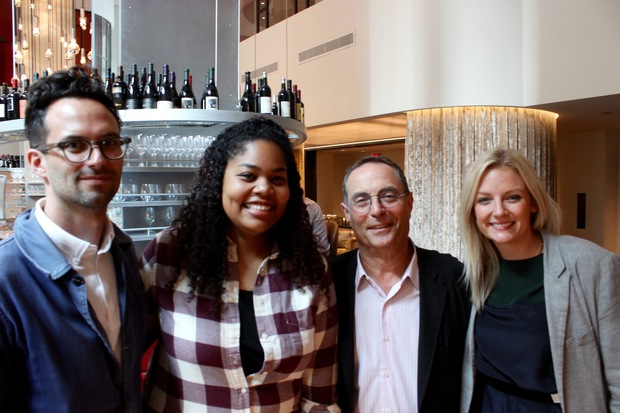 Once open, the Chicago store will join a rash of other new Uniqlos in Boston, Seattle, and Florida. Meyer said the company knows "where it wants to go" and expand in Chicago, but for now is happy building up a flagship Downtown. The goal for Uniqlo is to become an anchor destination along the Mag Mile.

"That's usually what we become," he said. "We look to be an anchor on the street and we're made for all."