The Kankakee Mallow, a Wildflower Thought Extinct in State, Is Found Again

CHICAGO — Robb Telfer is beyond ecstatic after finding a plant that was critically endangered — and recently thought possibly extinct — in Illinois.

"Many species right now are disappearing forever, but not this one," said Telfer, of Albany Park, who this month led a group of volunteers that located the Kankakee Mallow — an Illinois wildflower.

The plant was discovered on the 20-acre uninhabited Langham Island on the Kankakee River. In 2014, Telfer, the Calumet Outreach Coordinator at the Field Museum, and other volunteers from the Habitat 2030 ecology group, ventured to the island for prescribed burns. The volunteers hoped that burning the land would clear invasive species and allow mallow seeds in the soil to grow. 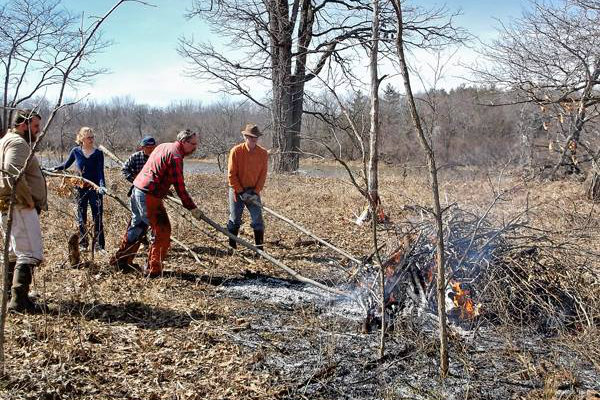 On Aug. 1, after landing on Langham Island via rowboat, Telfer and his team found "hundreds" of mallow plants. Habitat 2030 volunteer Daniel Suarez, who also works for the Audubon-Chicago Region, called the discovery "priceless."

"The restoration and rediscovery of the Kankakee Mallow is so important because it gives us a strong sense of place," said Suarez, of Ukrainian Village. "It reminds us that [Illinois] is a wild place, that all places are wild if you look hard enough."

Justin Breen explains how the mallow plant was discovered:

The island was the only previous known wild location for the mallows, which can be purchased for garden use. In 2014, none were found before the burns.

"The problem was the island hadn't been burned for some time, and lots of plants, including many invasive species, choked out the mallow's habitat," said Telfer, wary of revealing the plants' exact location due to potential poaching.

Telfer wanted to visit the island earlier this summer, but high waters on the Kankakee River prevented him and his team for two months. He even tried flying a drone over the island in July to locate the plants, but was unsuccessful.

Telfer has been obsessed with the Kankakee Mallow since becoming a member of the Illinois Native Plant Society in 2014. He even started a campaign to make the mallow Illinois' state flower, replacing the violet.

Telfer said the 2030 group plans more trips to the island to attempt to make the mallows continue their development. He said finding the extremely rare represents something bigger than just one wildflower.

"This victory on Langham can be translated easily to all the natural spaces that are disconnected from each other," Telfer said. "We need to get to know ... how these spaces can be healthy again if we're going to save all rare species in Chicago in Illinois, the Midwest and beyond."

For more information on becoming a Habitat 2030 volunteer, click here or here. 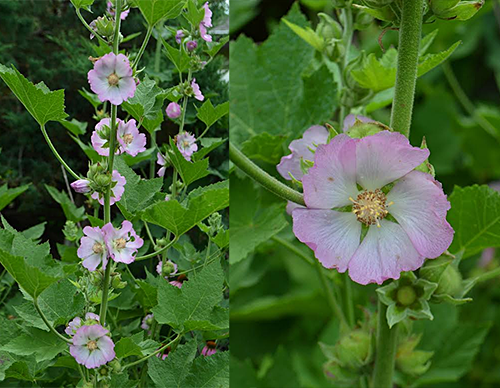 The Kankakee Mallow was found on Langham Island by a group of Chicago-based volunteers. [Christopher David Benda]