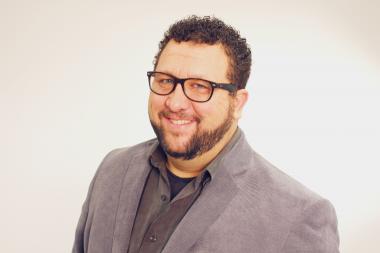 Mark Konkol lives on the South Side. He is a White Sox fan. He has a dog, cat and a Wikipedia page.

He once was forced to trade his jeans for loaner fat-lady club pants to get in the Union League Club.

Konkol grew up in South Holland and graduated from Thornwood High School, which he likes to boast is where he struck out future Major League All-Star Cornelius “Cliff” Floyd in batting practice.

Konkol also tells people that for two years he was the starting left guard on the Culver-Stockton College football team. That didn't last. He graduated from Western Illinois University.

For the last 13 years, Konkol has written about Chicago, all of it. He’s covered Chicago City Hall, transportation, county government and courts, city neighborhoods and White Sox 2005 World Series run from a fan’s perspective.

Most recently, Konkol was the Writer at Large for the Chicago Sun-Times where he teamed up with his pals Frank Main and John J. Kim to produce a series of stories about "Why they won't stop shooting in Chicago" that was awarded the 2011 Pulitzer Prize for local reporting.

After that, Konkol’s mom said he was a pretty good reporter. Just to be safe, Konkol checked it out on Twitter. This is what he found: “@CharlesThomas7: Nobody covers Chicago’s ‘hood like Mark Konkol @konkolskorner.”

The neighborhoods, all of them; that's where Konkol's most comfortable writing about guys he'll never forget including Bernard, the homeless guy in River North. And that “Grandpa Joe” character, who ended a confrontation with Mike Royko by saying, “You’ll never be Studs. You’ll never be Algren.”

And you don't have to say it, Konkol already knows he'll never be Royko.

He's fine with that — Royko was never on Twitter.

Fun fact: At the final Sun-Times vs. Tribune flag football game in 2004, Konkol ran over a Trib reporter, who got really mad at him. Years later, at the urging of Chris “The Watchdog” Fusco, Konkol apologized to the Trib guy at a Christmas party even though Konkol really did nothing wrong. When a fat guy’s running as fast as he can, get out of the way. That’s just common sense.

Reporter Mary Wisniewski's brilliant Nelson Algren biography was a labor of love for more than a decade.

KONKOL: Neil Steinberg's new literary companion to recovery is more than a poetry book for drunkards.

KONKOL: Don't sweat the big stuff. Chicago has bigger problems than the guy moving into the White House.

Can Sox fans stomach the Cubbies as champs if it means ending their superstitious excuses for losing?

Mike Houlihan credits drinking in Ireland for helping him find films for the festival's second season.