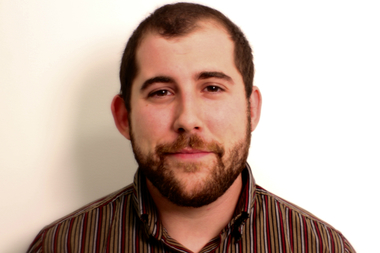 Ed Komenda is a reporter/producer for DNAinfo.com Chicago. He covers Bridgeport, Chinatown, McKinley Park, Back of the Yards, Midway and Garfield Ridge.

He comes to DNAinfo.com after bee-bopping around the United States, Europe and Asia as a reporter and traveler.

Ed grew up in his grandmother's house on Chicago's South Side. From the alley, you could launch a rock or 16-inch softball into Midway International Airport. He played a Fender Stratocaster in punk bands during his days at St. Laurence High School, where he filled notebooks with song lyrics and terrible poetry. He decided he wanted to be a newspaper reporter his senior year when he learned Kurt Vonnegut and Hunter Thompson both began as reporters.

So Ed got his start in journalism at Western Illinois University, where he studied English and edited the student newspaper, The Western Courier.

After graduation, Ed spent the next several years traveling around the country, working at newspapers and magazines in Pennsylvania, South Florida and Nevada. As a staff writer for the Las Vegas Sun and its Sunday magazine, The Sunday, in 2014, Ed won nine awards from the Nevada Press Association, including Best Feature Story, Best Business Story and Journalist of Merit. In 2015, he won a Best of the West award for a story profiling the militiamen who flocked to the desert to help embattled cattleman Cliven Bundy.

In 2015, Ed sold everything he owned and spent three months traveling through 10 countries in Europe and Asia without cell phone service. He busked on the St. Charles Bridge in Prague and outside train stations in Italy, explored Paris on foot and, on one night in Venice, traded songs at the back of a restaurant with Venetians who loved Neil Young, Pink Floyd and partying.

Ed's happy to be back in his hometown, reporting about communities he knows well. What kinds of stories does Ed write? All kinds:

A pair of elderly brothers who dig graves, the bloody journey of a deputy's stolen gun through three shootings and suicide, a famous hockey player on house arrest for drinking and driving too much, Tony Hsieh's campaign to transform downtown Las Vegas, sabotage in the laundry business, the sci-fi future of gambling, a man who considers 16 scoops of

The camp is for boys and girls of all ages.

Bryan Osborne, 27, committed the sex crimes inside and outside of an Austin building, prosecutors say.

"No Parking" signs will be posted in the neighborhood to make room for film trucks and equipment.

After a $115,000 cut, Armour Elementary plans to cut its after-school program April 6.

The guild will perform a play themed after the many holidays celebrated in the United States.