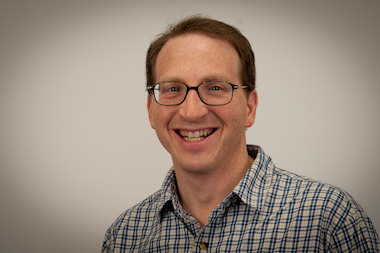 Dave Newbart is a Senior Editor for DNAinfo.com Chicago. Dave joined the website a month before its launch in November 2012 and helped build the site to one of the most trusted news sources in Chicago.

As a senior editor Dave oversees coverage in neighborhoods including the West Loop, Rogers Park, Edgewater, Pilsen, Englewood, Chatham, Hyde Park and South Shore. Dave works closely with reporters doing extensive daily and in-depth stories on all aspects of the neighborhoods, including development issues in the booming West Loop; gentrification in Pilsen; public housing on the Near West Side; crime in Rogers Park and education on the South Side.

Before becoming an editor he covered higher education in Chicago, winning a Peter Lisagor Award for Best Education Story for an investigation of a university official who plagiarized her dissertation and punished a student who tried to expose her. A story he wrote on crushing student debt was entered into the Congressional Record by U.S. Sen. Dick Durbin. He wrote stories on the dramatic rise in merit aid at the state’s public institutions, as well as the University of Illinois’ decision to admit more foreign students than any other public institution in the country.

He also covered the dot com boom and bust as well as general news for the paper. He got his start at the Sun-Times working as an assistant to columnist Michael Sneed.

For the Chicago Tribune, Dave broke stories on a controversy at the city’s most prestigious Catholic school that led to the removal of a top administrator.

Dave previously covered state government and the University of Wisconsin for The Capital Times in Madison. His investigation of special interest influence on the state Legislature led to an examination of the public funding of campaigns.

At the New Times, an alternative paper in Phoenix, Dave did investigations of former Gov. Ed Mecham, a suicide at a psychiatric hospital and discrimination at Dillard’s, an upscale department store chain.

Dave grew up in west suburban Oak Park and is a graduate of Oak Park-River Forest High School. He has a degree in political science from Knox College and later studied journalism at the University of Missouri. He is a resident of Little Italy on the Near West Side.

Fun fact: Dave played starting strong safety for the Spanish national champion Barcelona Boxers. He was aided by the fact that most Spaniards had little idea at the time of the rules of American football.

The chain's creation of lettuce and onions, meatballs and marinara is "repugnant," he said.

Buddy Guy, Jamming All January At His Club At Age 80, Is Still Killing It

PHOTOS: There are still tickets to see Guy play during his annual residency at his South Loop club.

There will be no school Good Friday, the first furlough day, CPS CEO Forrest Claypool announced.

What We're Reading: Does GoFund Me Accept Bootstraps?

Also: 'Are They Going To Leave Me Here to Die' artist dies, Joakim Noah is a nice dude and more.

What we're reading while eating unhealthy food in the newsroom.

Nice Neighbors Help Near West Side Burrow Out From Snow

It was all hands on deck as Little Italy, Pilsen and the West Loop plowed out from under the blizzard.

City workers had given the building passing marks in an inspection a month before the collapse.

Bridgeport Facade Collapses as Owner Waited for Approval to Fix it, He Says

"'It's going to fall,'" Simon Lam said he told the city while waiting for permission.