By Patty Wetli |&nbspOctober 16, 2017 9:33am
@Pattydnachicago
Twitter Facebook Email More
A poke-burrito is raw fish salad shaped like a sushi roll the size of a burrito
View Full Caption

NORTH CENTER — Poke is the hottest trend in dining, and it's coming to North Center.

Poke — a raw fish salad served alone or over a bowl of sushi rice — is as ubiquitous in Hawaii as pizza is in Chicago. In recent years, the dish has made the leap from the islands to the mainland in a big way, and variations of it have been taking Chicago by storm.

Chen, who has 15 years of experience as a sushi chef, said he's spent the last two years honing his concept for Poke Burrito, which he introduced to customers at 153 Akira restaurant in Wilmette.

Though Poke Burrito will offer traditional poke salads and bowls, its signature item will be, as the name suggests, the sushi-burrito.

"I want to combine sushi and Hawaiian and Mexican into a very unique, delicious taste," Chen said via email.

Chen asks and answers the obvious question: "What exactly is a sushi-burrito? Is it raw fish wrapped in a burrito? Refried beans and cheese wrapped up in seaweed?"

It's a poke bowl shaped like a sushi roll the size of a burrito.

Customers will have the option to either build their own bowl or burrito, or to choose from one of five house creations. There are cooked items for patrons wary of raw fish. Prices will range from $9.95 to $12.95.

Chen said he was drawn to North Center because of the neighborhood's vibrant restaurant scene and what he called an "alive community" of diners willing to try new experiences and food.

"We would love to become a local favorite spot," he said. 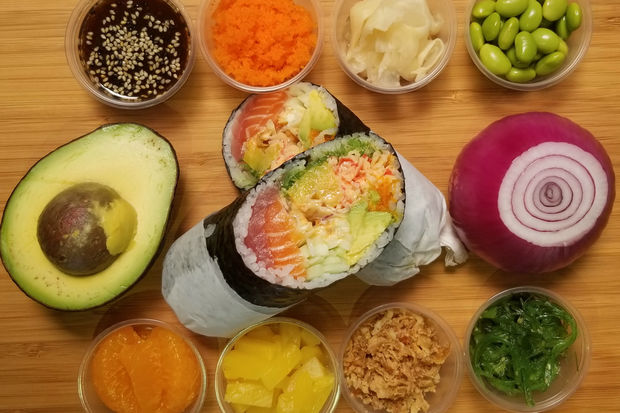 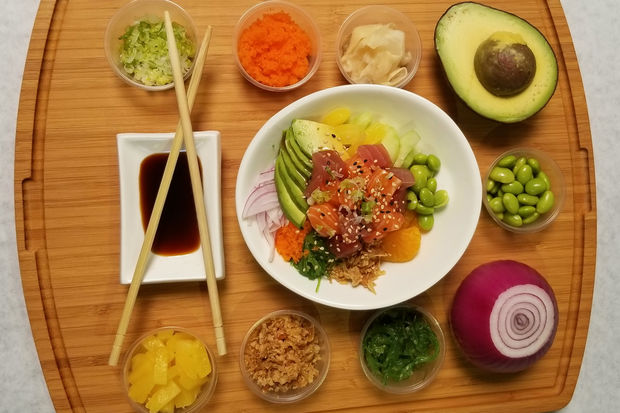 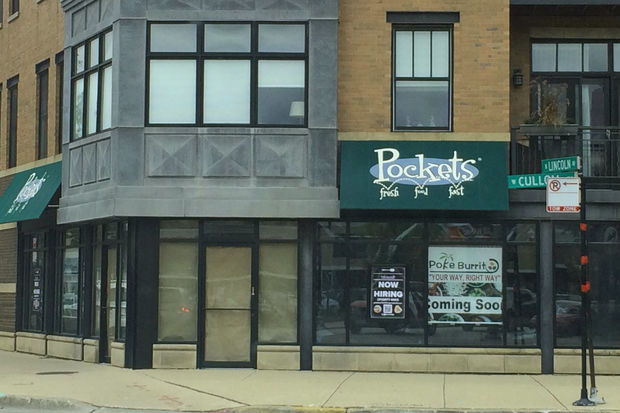 Poke Burrito is set to open in November in the former Pockets location at 4301 N. Lincoln Ave. [DNAinfo/Patty Wetli]