LINCOLN SQUARE — After a string of assaults against women walking with young children in strollers, Lincoln Square moms marched Friday in a show of strength and support.

"We're not going to let this keep happening," said Jocelyn Costlow, who organized the event, which drew about 30 participants, or twice that if counting tots.

The sense, she said, is that moms are being targeted because they walk slower with strollers, have their hands full and aren't likely to leave their children to pursue an offender.

"It's despicable in any case, but to prey on women who can't chase back? You can't run with a stroller," said Deanne Puloka.

The most recent assaults have involved a man on a bike approaching women from behind and groping them.

"It's sad you have to look at every guy on a bike," said Julie Serilla.

"I've actually seen a couple of guys on bikes, and I'm super conscious to see where they're going," she said.

Many of the moms said that as disturbing as the incidents have been, the use of the term "groping" or "grabbing" by police to describe the crimes has been equally troubling, in that it seems to trivialize what's happened.

"It's talked about like it's not a serious thing," Costlow said.

"Call it what it is," was among the messages she stenciled onto balloons for Friday's march.

Costlow was spurred to act after being assaulted in August while walking with her infant, in a case unrelated to the cyclist.

"He grabbed under my skirt, under my underwear. They're reaching under my dress in front of my child — that's not groping," she said.

Words matter, said Rachel, a mom who preferred not to give her last name.

"If I grab your arm, that's grabbing," she said.

Serilla said she joined Friday's march out of concern that groping has been normalized.

She already is teaching her 7-year-old daughter that "Nobody gets to touch you" without consent, Serilla said.

Friday's march, which stepped off from Welles Park, also was a response to what many of the women said felt like "victim-blaming."

Costlow said that she was bounced back and forth between 311 and 911 when she reported her August assault and was chastised by call-takers for not staying on the scene. By the end of what winded up being an hourlong process, Costlow said she'd been reduced to tears.

Suggestions by community members at a recent CAPS meeting that women carry pepper spray or arm themselves with guns, or never wear headphones or never use their phones while walking was not the response the moms said they were expecting.

"I was hoping to hear, 'We're going to stand up for people,'" said Rachel. Instead, "we're constantly questioning the victim. 'Why didn't you do this or that?'"

Puloka said she would have liked to have seen a stronger response from 40th Ward Ald. Pat O'Connor and 47th Ward Ald. Ameya Pawar and more attention from police.

"Sexual assault of any nature needs to be addressed," Puloka said.

Costlow's husband Troy, one of the few dads who joined in the march, said that while he was proud of his wife's activism — "Look at how many people are here" — he was frustrated that she had to fill a void in the absence of any concrete steps taken by police or elected officials.

"It's not her responsibility to keep this area safe," he said. 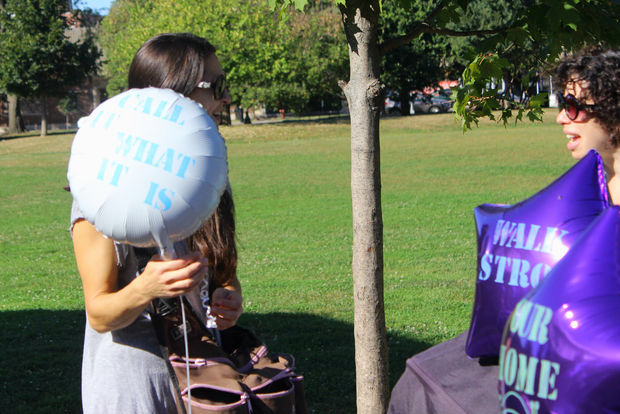 "Call it what it is" — women say "groping" trivializes actions that are actually sexual assault. [DNAinfo/Patty Wetli] 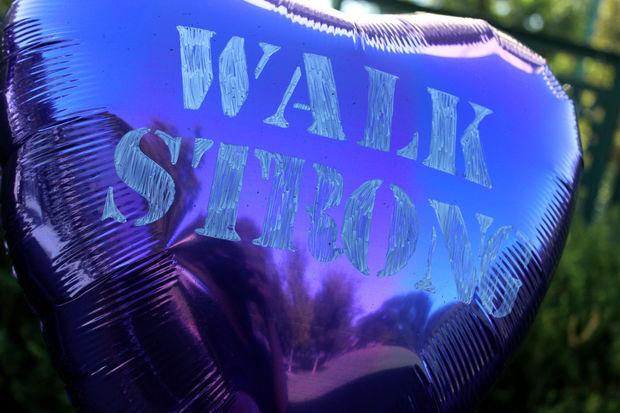