MAYFAIR — Students, faculty, staff and parents at St. Edward School celebrated a major honor Thursday when the school was announced as a National Blue Ribbon Award recipient by the U.S. Department of Education.

Along with St. Josaphat in Lincoln Park, St. Edward was one of only two Catholic schools in Chicago to receive a 2017 Blue Ribbon, in addition to four suburban schools within the greater Archdiocese of Chicago. In total, 342 schools nationwide were given the distinction in 2017.

"We have the awesome responsibility of educating and mentoring our students — the future leaders of our city, state and world," Jim Rigg, superintendent of schools for the archdiocese, said in a statement.

"We are honored that the U.S. Department of Education has once again recognized several of our Catholic schools for their academic success,” he said. 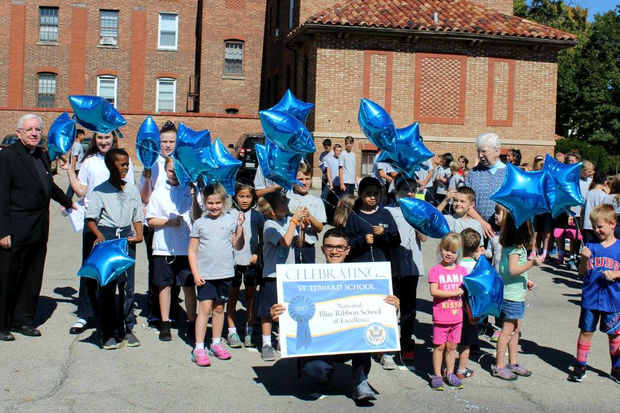