Dilapidated House On Damen Next To Brown Line Gone, Will Be 24 Apartments

LINCOLN SQUARE — The pendulum has swung for a property on Damen Avenue, which previously saw its zoning changed to allow only for single-family homes but now is on track to be transformed into 24 apartments with ground-floor retail.

On Thursday, City Council's Zoning Committee approved the project at 4646 N. Damen Ave., which will face its final hurdle at the October meeting of the full council.

The property, which abuts the CTA's Brown Line tracks and Damen station platform, has been in play since 2016, when nine apartments were originally proposed for the site. Developers eventually bought the neighboring house, and the number of apartments increased to 24, Ald. Ameya Pawar (47th) said.

The house at 4646 N. Damen Ave. has already been demolished.

The parcel is ideally suited for a multi-unit development, the alderman said, but the zoning had been changed to prevent that.

In supporting the zoning change that will allow for the mixed-use building, Pawar said, "All they [the developers] were asking for was the original zoning back."

With his ward having lost 4,000 rental units since 2000 — in many cases because of multi-unit buildings being replaced with single-family homes — Pawar said "rediversifying" the area's housing stock is a priority.

"We need apartments," he said.

The proposed four-story, 48-foot building will be carved into 12 two-bedroom apartments, nine one-bedrooms and three studios. Rents are expected to range from $1,200 to $1,800.

Two of the apartments will be designated as "affordable." Qualifying tenants would have to earn 60 percent to 80 percent of the Area Median Income, which Pawar estimated would be approximately $32,000.

The zoning change will also include the transit-oriented development designation, meaning the project can move forward with far fewer parking spaces than normally required of a building of its size. There will be eight parking spaces for cars and 25 spaces for bikes.

Two commercial storefronts, totaling 4,000 square feet, will share the ground floor with three of the apartments.

The project's cost is estimated at $4.5 million. 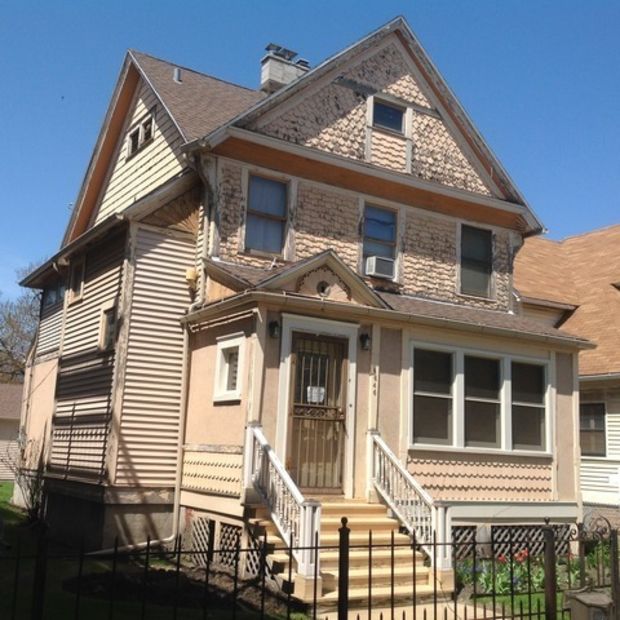 This house at 4646 N. Damen Ave. has been demolished to make way for a new mixed-use development. [Redfin] 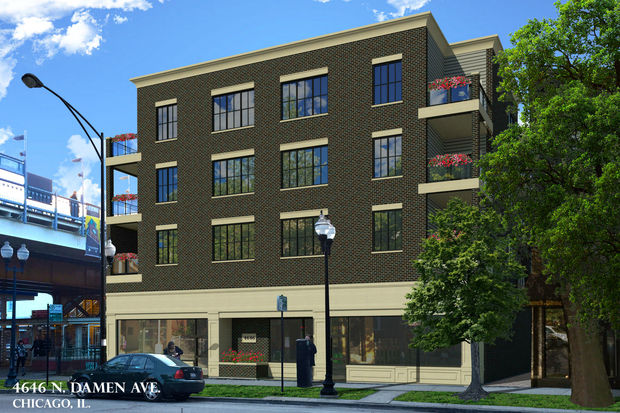 A rendering of the proposed 24-unit apartment building set to rise up at 4646 N. Damen Ave. [Provided] 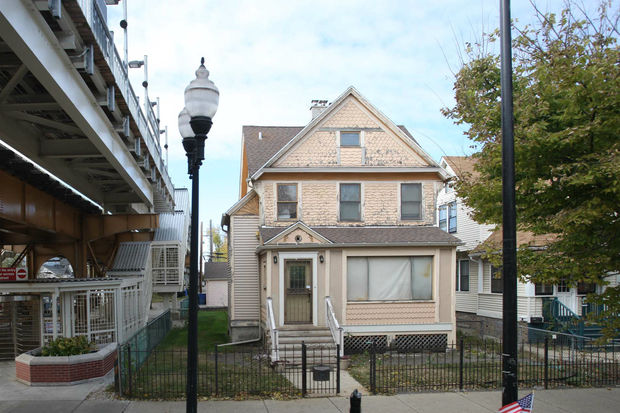 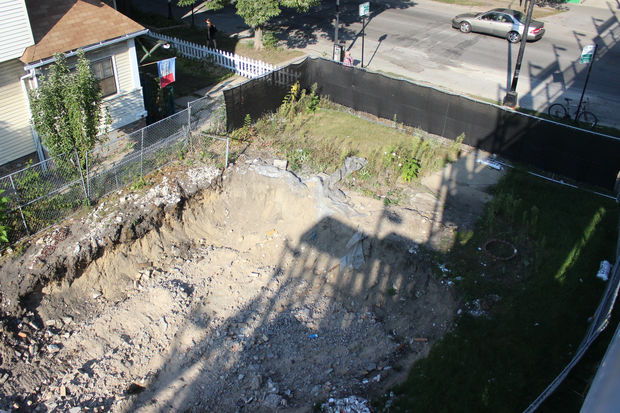 The house has been demolished. [DNAinfo/Patty Wetli]