"I am looking forward to the new life this will bring to the old Sears building and Lawrence Avenue," Pawar wrote in a notice informing neighbors of his decision.

The "adaptive reuse" of the Sears building, 1900 W. Lawrence Ave., means the development will retain the structure's skeleton and support columns, while otherwise gutting the interior. One significant alteration to the building's exterior appearance will be the exposure of windows walled over years ago by Sears.

The former department store — dating back to the 1920s and among the oldest in the Sears chain — will be transformed into 59 apartments, 91 parking spaces and 30,000 square feet of commercial space on the ground floor.

The apartments will range from one-bedroom units to three-bedrooms plus den. Fifteen percent of the apartments, or nine total, will be designated as affordable housing, according to the alderman.

No retail tenants have been announced by developer David Trandel of Springbank Capital Advisors. Binny's Beverage Depot was previously rejected by neighbors.

At a series of community meetings, residents complained in general about the overall increased density along Lawrence Avenue and pushed back specifically against a proposal to turn portions of Winchester and Wolcott avenues into two-way streets to accommodate delivery trucks and other autos entering and exiting the Sears building.

Based on that feedback, the development's design has been revised to retain one-way traffic on Winchester and Wolcott.

To further address neighbors' concerns about parking, additional permit parking spaces will be created for residents on Winchester and Wolcott — metered spaces along those streets adjacent to Sears will be relocated, Pawar said.

Tenants of the Sears apartments will be ineligible for parking permits or guest passes, he said.

Reuse is not to be confused with faithful historical preservation, the developers explained in statement crafted to address specific questions about the project's design.

Though early Sears stores "are highly functional exercises in retail efficiency, they are not of architectural merit," according to the statement.

"Nevertheless ... we are respectful of what the building offers architecturally" — namely the column spacing and the block-long two-story facade and tower, the development team said.

"The original building shell will be clearly evident when this project is complete," the developers said.

Even with the alderman's support, the project still needs to obtain several approvals before moving forward, including a vote by the full City Council. 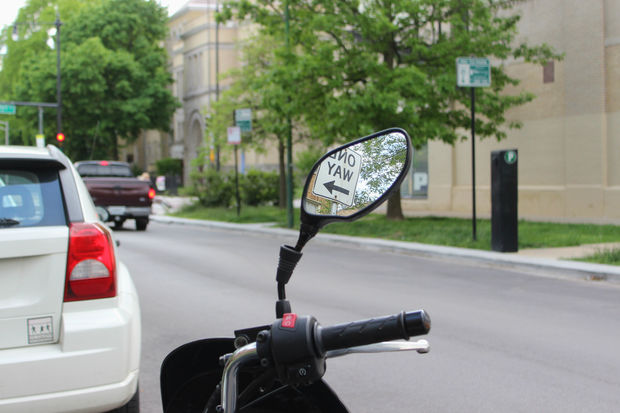 One-way traffic will be preserved on streets adjacent to Sears and metered parking will be relocated to allow for more residential permit parking spaces. [DNAinfo/Patty Wetli]