A three-month, $915,000 effort saw it transformed it into a flat, spongy arena marked with soccer and kickball boundaries, CPS officials said. Tracing the perimeter is a cushioned rubber track.

The final element of the project, a mini-playground built for toddlers and kindergartners, accompanies the existing jungle gym for older kids. 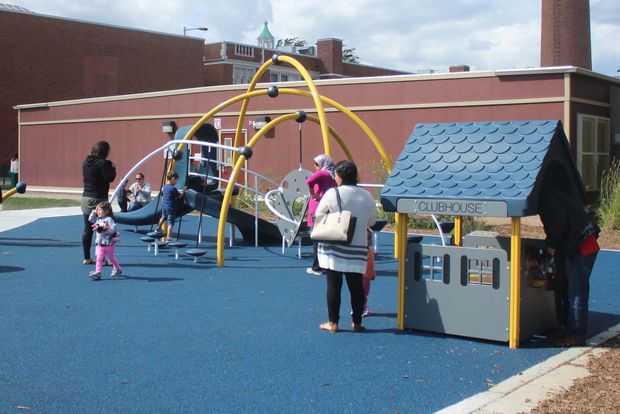 A new mini-playground for toddlers and kindergartners was built alongside the existing jungle gym for older kids. [DNAinfo/Alex Nitkin]

Parents and students launched a letter-writing campaign in 2015 asking CPS leaders to consider resurfacing the field, according to Baran, whose two sons respectively started fourth grade and kindergarten at Hitch on Tuesday.

They had originally hoped to fund the new field by adding the project to Ald. John Arena's (45th) participatory budgeting ballot, Baran said. But the project was eventually tacked onto a $50 million raft of annexes and renovations announced for Northwest Side schools earlier this year. 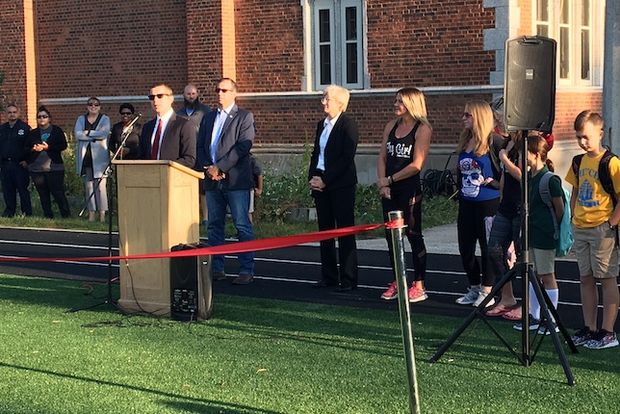 Hitch Elementary School Principal AJ Stich speaks at a ribbon-cutting for the field on Tuesday morning as Ald. John Arena (45th) stands behind him. [Maggie Baran]

Baran, who lives across the street from the school, said the new amenities would carry benefits beyond the school boundaries.