By Josh McGhee |&nbspAugust 18, 2017 9:22am
@theVoiceofJosh
Twitter Facebook Email More
Tenants of the hotel fear they will end up homeless if the alderman does not help them communicate with the developer.
View Full Caption
DNAinfo/Josh McGhee

UPTOWN — After a year living in shelters, a room in the Wilson Men's Hotel felt like "heaven" to Jonathan Adams.

Without a kitchen or bathroom, the tiny room barely offered more than a bed and privacy, but was a huge "improvement," he said.

"Those are primary concerns actually. It's very, very dangerous to be homeless anyway. The first thing I kept noticing was just how nice it was just to lay down," said Adams, 55. "You don't have to worry if you have a bed or not."

The single room occupancy hotel at 1124 W. Wilson offers a small amount of space for cheap rents for folks with little money or supplemental security income like Adams, who after a fight with his wife found himself homeless.

The building, which can hold about 250 people, has about 150 residents and soon they too will be checking out. In July, the building was sold to City Pads, which also purchased another SRO, the former Hazelton Hotel at 851 W. Montrose Ave.

While Adams has lasted 14 years, others have fled the building as rent has increased, leaving the building about half empty. While his rent of $320 doesn't sound like much, it was basically his whole check, he said.

On Thursday, the residents held a press conference outside the building asking for help from the alderman and other city officials to ensure once they're out of the building they won't be on the streets or in shelters.

"The reason I’m at hotel is it's one of the only affordable places in the city for single men, who are working or on disability, who want a safe place to live on their own. They wanna play by the rules," said resident Eric Holmes Sr.

Following the acquisition, City Pads founder Andy Ahitow vowed to work with ONE Northside and the tenants association to "create a desirable, effective and safe relocation plan" for the residents.

He also said the tenants would have first priority at the property, which will offer "state-of-the-art affordable and market rate apartments." Twenty-percent of the housing will be affordable units, according to the statement. 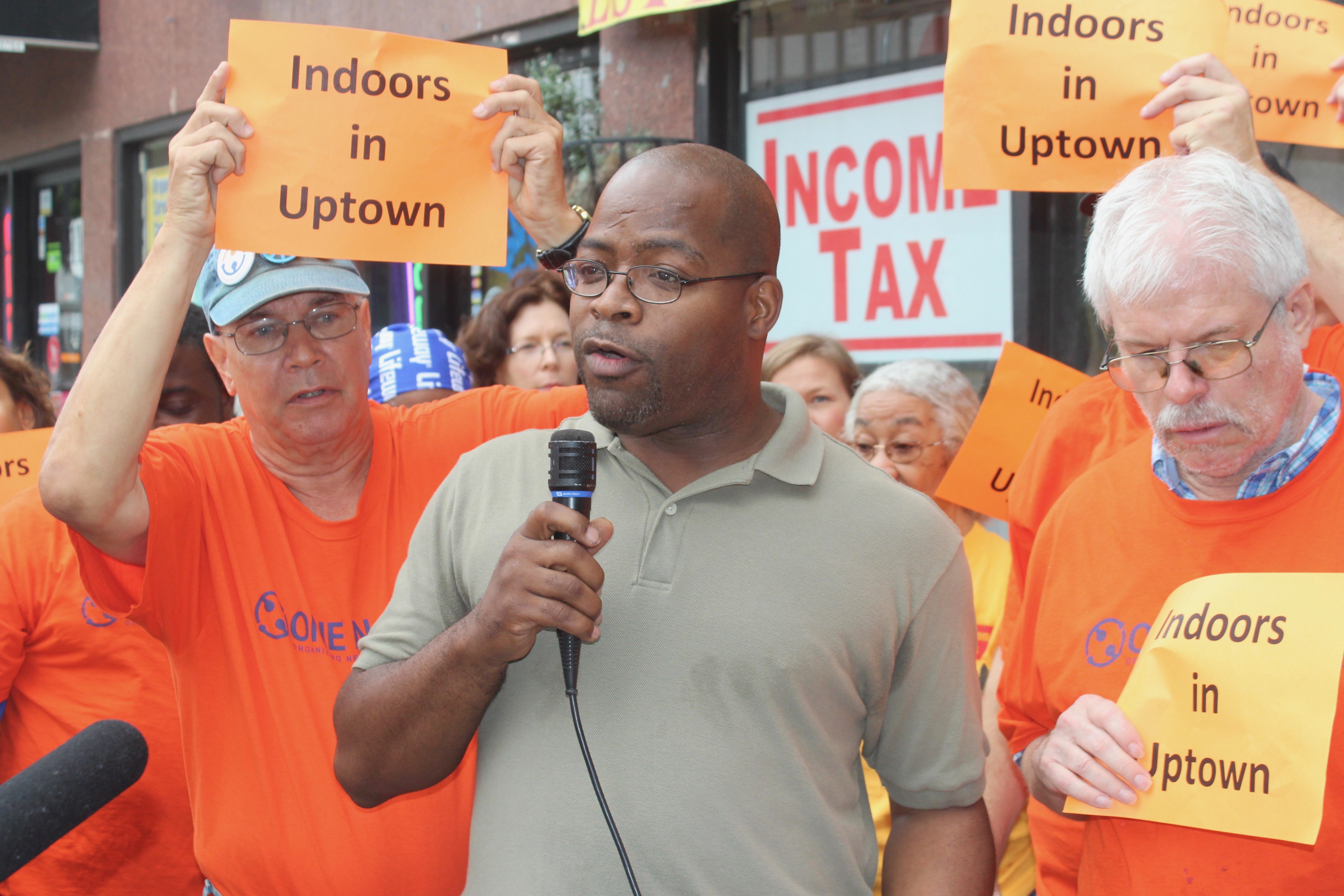 However, communication has stopped and developers are "only interested in the discussing the possibility of accepting government subsidies after the building has been vacated," Holmes said.

The transition team has not been set up and City Pads is working on an office to meet with tenants or their case workers individually, the company said in a statement.

"We sent out communication saying we'll be meeting with them once the team is in place. Our goal is to ensure every person living in the Wilson hotel finds better and safer living situations," City Pads said, adding it would address via social media.

In the interim, the residents are asking Ald. James Cappleman (46th) to keep his promise to keep tenants indoors. Without his help, the residents fear they will end up homeless again or housed far away from family and friends, Holmes said.

"Although we want to return to affordable units after rehab, our focus at this time is making sure we stay indoors in Uptown," said a letter delivered to the alderman, which asks him "to commit to refusing any zoning change or other regulatory support until he honors his word and meets with tenants to craft a transparent relocation plan acceptable to all parties."

The few details residents know about the relocation plan have come from the City of Chicago. From those details, residents learned and took issue that they would be dealing with "a realtor" and not a social worker, said Tommie Hannah of the tenants association.

"This realtor is the same person developers used to get the guys out at Lawrence House and... many of those guys are still living in Wilson and Lawrence [Avenues'] tent cities," he said.

Lawrence House, 1020 W. Lawrence Ave., was one of several buildings serving low income residents on the North Side purchased by Cedar St. for rehab that drew jeers from affordable housing advocates accusing developers of "gentrification."

While Cedar St. touted its transitional teams, which they say paid security and offered help to any residents who would work with them, as successful, some residents say tenants ended up on the street.

"When [Cedar St. Founder the late Jay Michael] bought the property to flip it, the poor people had nowhere to go," said former Norman Hotel resident Adelaide Meyers in 2016. "Between him and another developer, it was like they were buying up all the SROs in the area. It was really scary."

City Pads recently sparked outrage when they painted over an iconic mural that adorned the former Casa Aztlan community center facade at 1831 S. Racine Ave. The storied artwork created by artist Ray Patlan and Pilsen students more than 45 years ago.

Moses Moreno, a housing organizer from the Pilsen Alliance, attended the rally Thursday to show support for the tenants. The alliance is attempting to negotiate a community benefits agreement with City Pads and is having similar difficulties, he said.

"They refuse to sign anything. Why? They don't want to be held accountable," he said. 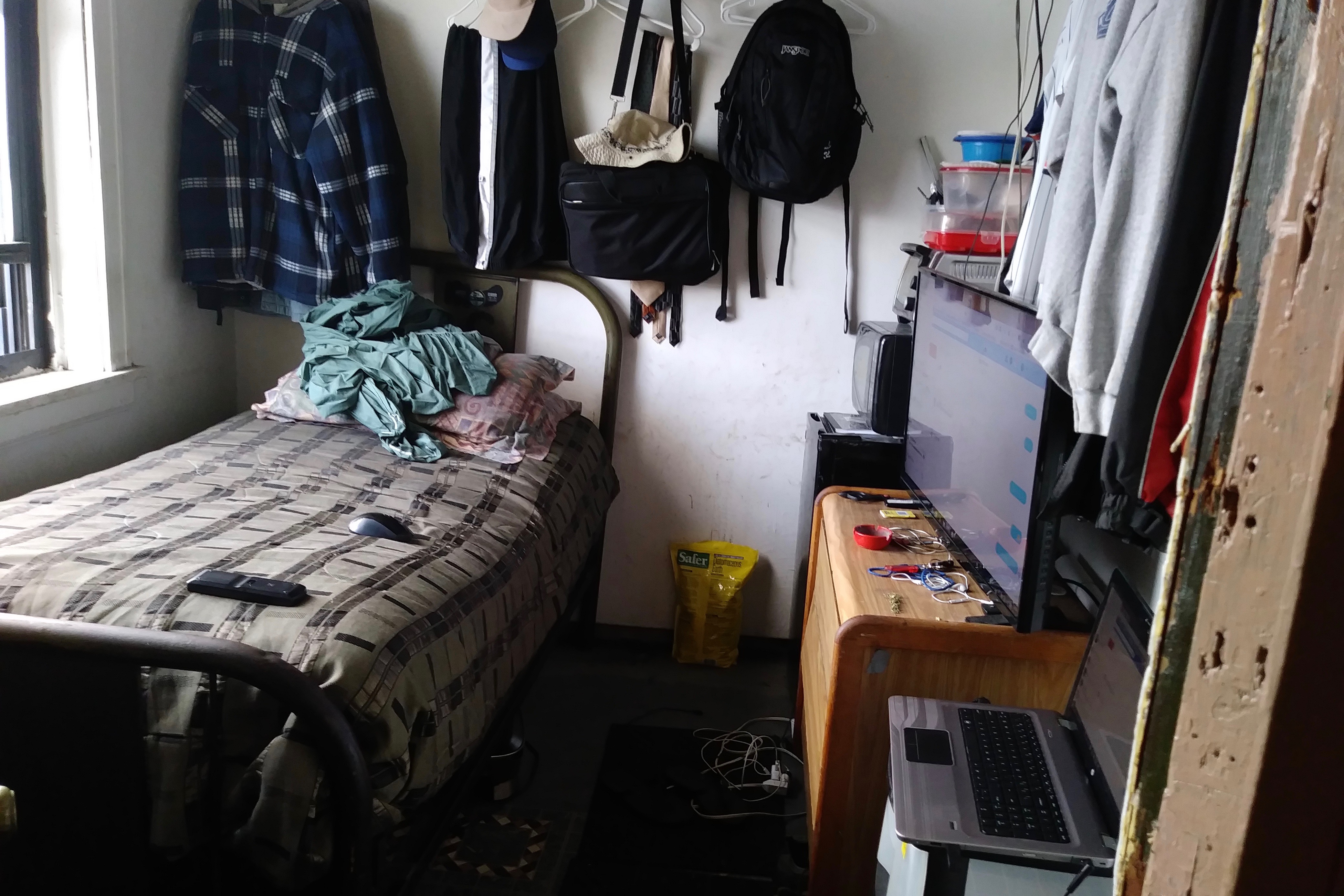 Tommie Hannah gave us a peek into his room at the Wilson Men's Hotel. [Provided by Tommie Hannah]