RELATED: Protesters And Police Clash At Anti-Fascist Rally, 3 In Custody

The men were among roughly 50 activists who had gathered to protest a hearing against a man they believe was a white supremacist. After an hourlong rally, a smaller group of demonstrators began marching east on Belmont Avenue toward Western Avenue.

As the march spilled into the street and blocked traffic, several Chicago Police officers in marked and unmarked SUVs tried to corral the group back onto the sidewalk, Assistant State's Attorney Lorraine Scaduto said during a bond hearing Wednesday.

Arreola — who also goes by the name Ezra Martinez — continued to walk in the street, prosecutors alleged. That's when officers tried to arrest him, police said, and Arreola "pulled away multiple times."

During an ensuing scuffle between demonstrators and police, Rainey used his hands and hips to try to prevent officers from arresting Arreola, Scaduto said. Town Hall Commander Marc Buslik suffered a sprained left wrist in the melee, court records show.

Cook County Judge Adam Bourgeois Jr. on Wednesday said both men can be released on electronic monitoring pending trial if they get approval from the Cook County Sheriff's Office. If not, bail will be set at $250,000. 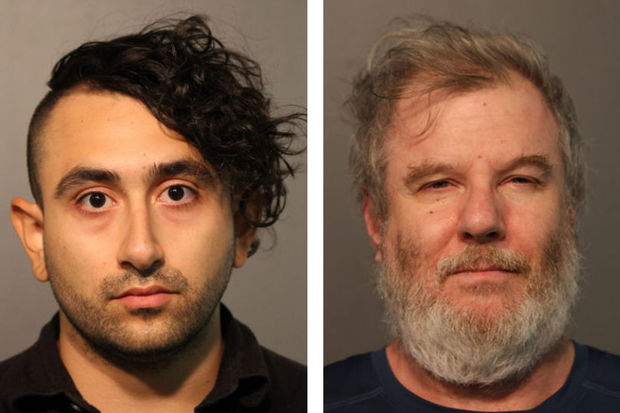 Ezra Arreola, 28, and Thomas Rainey, 50, are charged with resisting arrest.

According to defense attorney Susan Ritacca, Arreola teaches gardening, volunteers regularly and is a "pillar of the community" who has lived in the area since 1999.

"All of that is very commendable," Bourgeois said. "And if more citizens participated in things like that, maybe we would live in a better world. But we do not fight the police in Chicago."

Defense attorney Rebecca Clough said Rainey has lived in Chicago for two years with his girlfriend. He grew up in Evanston and has a degree in psychology, she said.

A third man, 25-year-old Ian Walsh, also was arrested near Belmont and Western avenues Tuesday afternoon. He is charged with misdemeanor aggravated assault to a peace officer after officials said he tried to strike an officer with an object. 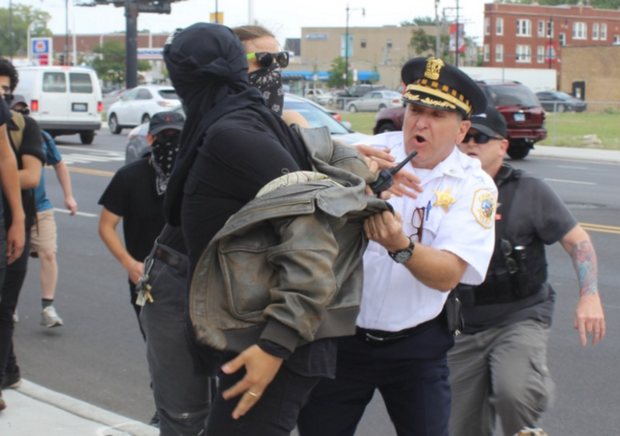