By Alex Nitkin |&nbspAugust 4, 2017 6:08am
@alexnitkin
Twitter Facebook Email More
Under the plan, the former CCH building at 4025 W. Peterson Ave. would be razed and replaced with a new office facility.
View Full Caption
DNAinfo/Alex Nitkin

SAUGANASH — Peoples Gas has finalized a deal to build a new administrative campus at the site of a vacant office building in Sauganash, leaving behind its decades-old headquarters at 3955 N. Kilpatrick Ave. near the Six Corners Shopping District, the company confirmed Thursday.

Corporate leaders will ask the city's permission to raze the existing building at 4025 W. Peterson Ave., which housed the publishing company CCH until it left the 9-acre lot last year. They'll replace it with a new facility set to bring 400 permanent jobs to the neighborhood, according to a letter submitted to Ald. Margaret Laurino (39th).

"After our approximately 400 new employees move into their new home, this now vacant parcel will be humming with activity in a great new facility," Peoples Gas operations vice president Lori Flores-Rolfson wrote in the letter, which Laurino published in a tweet Thursday.

When the building went vacant last year, the alderman worked through a broker to find "something that would strengthen the area's industrial corridor," Laurino spokesman Manuel Galvan said.

The new facility "will bring jobs and value to the neighborhood as well as business to the retail community," Galvan added.

But Bottecchia said that the new facility will "provide more parking and better, safer traffic flow" than its current location in Old Irving Park.

It will also include "large meeting rooms" available for public use, she added.

"Many of our facilities are quite old ... and we need to upgrade or replace them," Bottecchia said. "So this new facility will reduce maintenance costs and operate more efficiently for our customers." 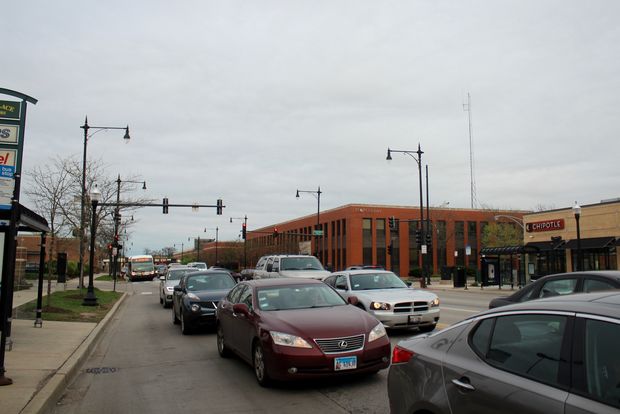 "I would expect quite a bit of interest ... from the development community" in the Kilpatrick Avenue lot, Brugh said.

The facility sits next to an excavated site for the Point at Six Corners, 4747 W. Irving Park Road, whose construction has stalled for more than a year.

Meanwhile, Sauganash neighbors expect the move to jolt new life into the busy intersection of Peterson Avenue and Pulaski Road, where Alarmist Brewing opened its taproom this year and developers are planning a new retail park with restaurants and a Dunkin Donuts drive-thru.

"When CCH closed its doors, restaurants and other businesses in the area suffered," said Janita Tucker, director of the Peterson Pulaski Business & Industrial Council. "So I have a feeling they'll be relieved to hear something is coming back."

Peoples Gas plans to break ground on the new building in early 2018, eyeing a completion date about a year later, Flores-Rolfson said.