CHICAGO — Less than five years after Wright City College in Dunning rebranded itself as a "Center of Excellence" for information technology, the school already has made good on its mission — at least for Rigo Velazquez.

In 2015, Velasquez was churning through online programming classes during the bus commute from his Montclare home to his full-time job as a case manager for a nursing agency. Within months, he was designing computer applications for hundreds of employees at one of the world's elite consulting firms.

Velazquez was one of five Wright students accepted to the school's apprenticeship program with Accenture Chicago, which was launched last year to open a pipeline for students to land high-paying jobs in the tech world. Within weeks of starting, he was put in charge of creating a web program for the company's human resources department. 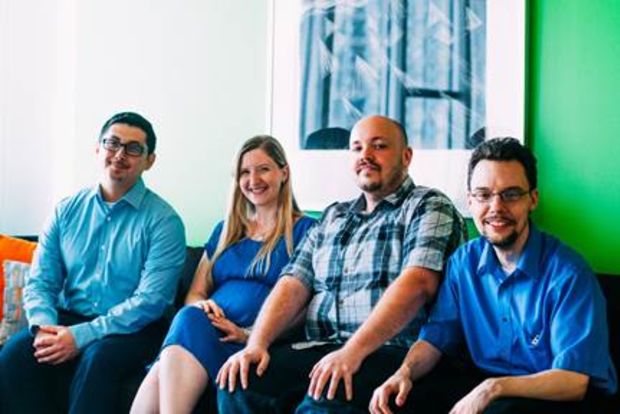 "Suddenly I was dead-center in the middle of all these processes," Velazquez said. "I had to create an algorithm to measure the aptitude of different employees, to help their transition from one job to the next, basically making tools to help make their lives easier."

Now, Accenture executives are trawling for more students to put through the same test. They hired Velazquez and three other apprentices for full-time positions, and they've opened the internship program to eight more students this year.

Partnerships with companies like Accenture were part of the goal for City Colleges of Chicago leaders when they shifted the college system in 2012 to the "centers of excellence" model, whereby each of its seven campuses specializes in a narrow field of study, according to chancellor Juan Salgado.

"If all seven colleges had to be experts in every field, we wouldn't get very far," Salgado said. "Each field is a tree that grows in many directions. So by having Wright focus on IT, we get the benefit of being better able to collaborate with Accenture and help students learn how to penetrate that marketplace."

For the consulting firm, that partnership doesn't just mean grooming annual crops of interns. It's also helping write the school's technology curriculum, offering its own league of experts to curate classes on software and programming.

"IT is one of those fields where there are multiple entry points, and the career opportunities are boundless," the chancellor said. "It cuts across health care, manufacturing, transportation logistics. So we have to be extremely active in IT if we want to be an effective institution, and that's where Accenture has helped us get off the ground."

"The adoption of digital technology is front and center right now for so many companies globally," Coleman said. "So we absolutely see an opportunity for growth, and we're very bullish on the prospects of being able to bring on new talent."

On top of its technology curriculum, Accenture developed a 100-hour online course called Skills to Succeed Academy, drilling down on "soft skills" like interview techniques and resume writing. And for the first time this year, the company is opening the program to all 90,000-plus students studying across the City Colleges system, Coleman said.

The wrap-around training was a boost for Velazquez, who had from graduated DePaul University with a psychology degree in 2008, he said.

"I struggled with math early on, but the more time I spent on logic and problem-solving, it fell into place," Velazquez said. "When you're in the thick of it, taking messy data and using it to solve problems, it feels like more than just numbers."

Accenture hired Velazquez as a full-time software engineering analyst in May.

Prospective students have until Aug. 21 to apply for the fall term at City Colleges of Chicago by enrolling on the City Colleges website or calling 773-COLLEGE.