Police Officer Finds Peace Through Sailing, Hopes Others Will As Well

JACKSON PARK — It's not uncommon for off-duty police officers to join a bowling league or softball team, but Marlon Harvey thinks his fellow officers ought to consider sailing as well.

Harvey is a 30-year veteran of the Chicago Police Department. The Beverly resident works as a mounted patrolman and has been sailing for more than a decade at the Jackson Park Yacht Club, near the department's stables.

"When I am out here sailing, I call it my religion. It is very peaceful," Harvey said Tuesday. "The water, the wind — you just forget everything."

Harvey started the Chicago Police Sailing Association in March 2016 in the hope of encouraging more law enforcement officials to take up the pastime. He's hoping to further this cause with the Gold Star Regatta.

About 30 sailboats are expected to participate in the inaugural race that begins at 10:30 a.m. Saturday from the club in Jackson Park. Two races are available to entrants — a distance race and a buoy race, said Karen Harris, the commodore in Jackson Park.

A party after the race will be held at 2 p.m. with beverages, local food trucks and entertainment for children. Proceeds from the regatta are slated for police charities, including the Brotherhood for the Fallen, the Chicago Police Memorial Foundation and the 100 Club of Chicago. 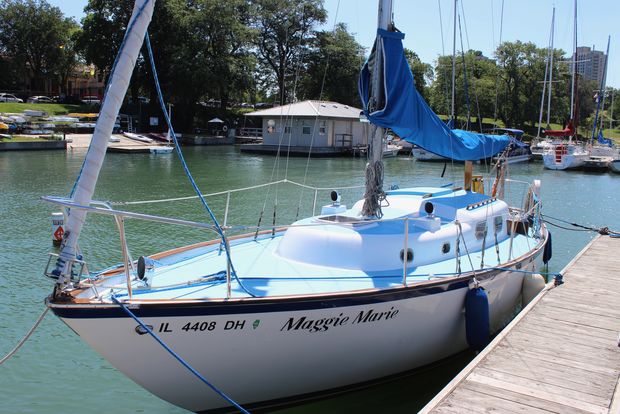 The Maggie Marie is the name of Marlon Harvey's sailboat. The 35-foot boat will have a crew made up entirely of law enforcement officials Saturday during the Gold Star Regatta. [DNAinfo/Howard A. Ludwig]

Those not racing can sponsor a boat, and Harvey encouraged his supporters to look no further than the Maggie Marie — a 35-foot sailboat named for his mother, grandmother and granddaughter.

Harvey's boat will feature a seven-member crew made up entirely of law enforcement officials. Besides himself, there are also two Chicago police sergeants, two patrolmen, a retired officer and an officer in the Cook County Sheriff’s Office.

Harvey said the sailing community is very supportive of law enforcement overall. By Wednesday afternoon, $2,725 had been raised for the race.

"He's nervous, but I'm calm. It's such a great cause," Harris said of the race Harvey has dedicated to the late James Webb, who served as commodore in Jackson Park before he died in May. 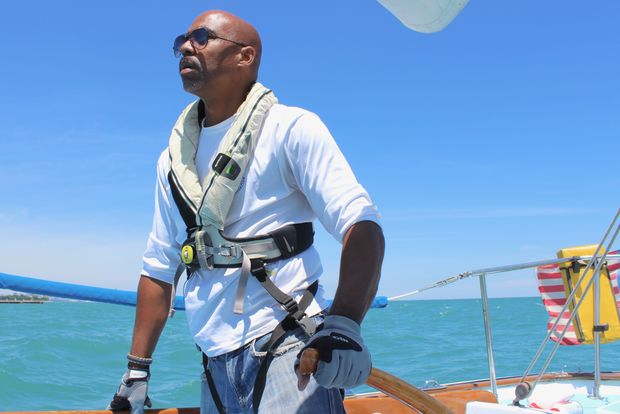 Marlon Harvey of Beverly has been actively sailing for more than a decade. He started the Chicago Police Sailing Association in March 2016 and hopes his fellow police officers take up the pastime. [DNAinfo/Howard A. Ludwig]

Another boat participating in the regatta will be crewed by military veterans. And Harvey is hoping a boat from the Chicago Fire Department will register this year or next year to build on the natural rivalry with police.

Harvey was introduced to sailing by a fellow police officer. Soon he was spending his free time at the yacht club, volunteering as a crew member for four or five boats. He bought his own boat in 2008.

He's on his third boat now and said it's a common misconception that sailing is something that only the elite can enjoy. In fact, he said, sailors are always looking for free help, and experience typically isn't required. 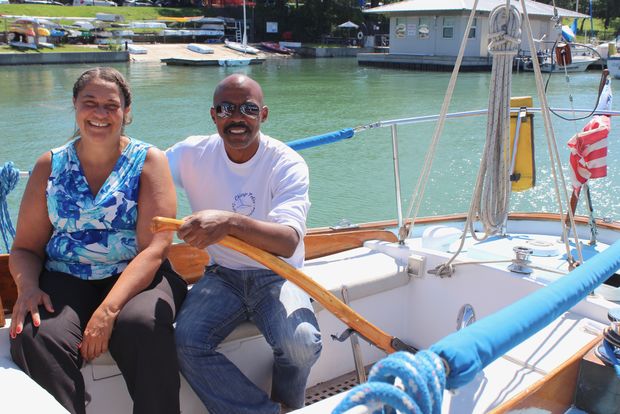 Karen Harris is the commodore of the Jackson Park Yacht Club. Marlon Harvey is a member of the South Side club and started the Chicago Police Sailing Association. [DNAinfo/Howard A. Ludwig]

"A lot of what I am doing is to show that this is something you can do. It is within your reach," said Harvey, who was raised in Grand Crossing and later Morgan Park.

Harvey said those interested can check out "intramural races" Wednesday nights. These casual races among club members often have boats willing to take curious sailors out on the water. And after docking, a "beer can" or post-race party is enjoyed by all.

"It's a good way to just get your introduction," Harris said.