Check Out Progress On Wilson Bridge Mural, And What It Will Look Like After

RAVENSWOOD MANOR — The Wilson Avenue bridge is about to get a whole lot more colorful.

Work is now underway on a mural that will transform the 103-year-old bridge's concrete gateway walls into vibrant scenes of life along the Chicago River.

Albany Park resident and artist JoAnne Conroy created the designs for the mural's four panels — two at the bridge's east end and two at the west. Conroy and neighborhood muralist Tom Melvin have undertaken the actual painting.

The bridge links Ravenswood Manor and Ravenswood Gardens. Neighbors from both of those communities have been involved in the planning of the mural, which was originally proposed as a mosaic, a concept that was scrapped when it became cost prohibitive and unfeasible from a technical standpoint. 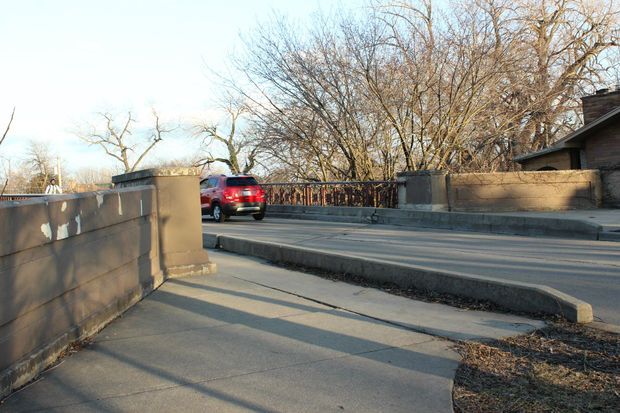 The concrete gateway walls had been covered in chipped paint, graffiti and weeds. [DNAinfo/Patty Wetli]

[All mural images by JoAnne Conroy]