LINCOLN PARK — Transportation officials have scrapped plans for a $4 billion reroute of Lake Shore Drive under Oak Street Beach, the most ambitious part of their yearslong effort to spruce up the Drive.

Plans shown Wednesday at DePaul University now show a new pedestrian bridge that would connect to Oak Street Beach over the Drive.

Putting the Drive underground was one of the Illinois Department of Transportation's most expensive proposals to straighten out the S-curve along Oak Street Beach and add parkland to the Near North Side lakefront.

But transportation officials decided the plan was too expensive to pursue and could cause problems for firefighters and other first responders trying to get on the Drive.

"When you have these tunnels, you're kind of limited in where you can access the Drive," said Kimberly Murphy, project manager for IDOT.

Other cost-prohibitive ideas that have been scrapped include new train lines easing congestion near the Drive, as well as submerging the Drive under Lake Michigan. 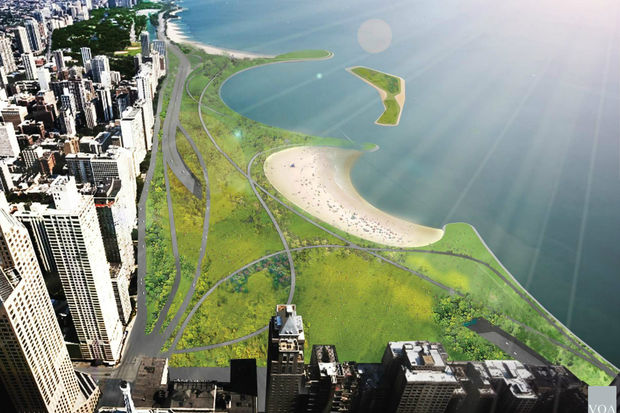 Lake Shore Drive had been set to run under the new park in the old plan.

Transportation officials invited the public to weigh in on proposed improvements to North Lake Shore Drive after coming up with their latest list of recommendations. The open house, the first since a 2014 forum, lasts until 7 p.m. Wednesday at DePaul University's student center, 2250 N. Sheffield Ave.

The state has come up with lots of options to spruce up the Drive from Grand Avenue in Streeterville to Hollywood Beach in Edgewater. The options include a new underpass easing congestion at Montrose Avenue, new pedestrian paths to North Avenue Beach and new parkland near Oak Street.

"We have a once-in-a-lifetime opportunity to think boldly about what a 21st century transportation corridor could be," IDOT Secretary Randy Blankenhorn said in a prepared video statement at the open house. 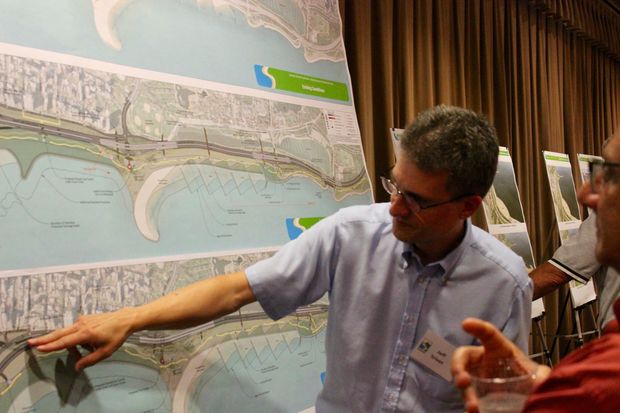 IDOT and other groups have been working on the proposals since 2013, and they revealed eye-popping new renderings of their ideas earlier this year. Funding sources have not been considered or identified, and construction would not begin until 2019 at the earliest.

Murphy said the department has not had recent conversations with Gov. Bruce Rauner or the Trump administration about the project.

The presentation drew a gaggle of Chicagoans, many of whom live near Lake Shore Drive. One person who attended was Don Morrison of Lakeview, who said he was impressed with the scope of the grand plan.

"This might take awhile to do," Morrison said. "But the planning is a good thing to do, and we'll get there eventually, I think."

Those who can't make the meeting can submit their comments to the project's website.

Here's the full presentation and batch of new renderings from Wednesday:

Who Are The Faces On Crown Fountain?