WEST RIDGE — Growing up as a Pakistani-American, my parents always had a soft spot for South Asian cuisine.

My parents immigrated to America in the late 1970s and have watched the Muslim and South Asian population grow in America since then. Their days of traveling more than an hour to find a mosque or halal meat, prepared in accordance with Islamic teachings, are over.

Fortunately, access to Devon Avenue on the Far North Side has long been a part of my family's life. The smell of fresh kabobs, fresh mangos for sale and the maddening traffic takes us back to Pakistan. And this weekend, the scene will be extra festive.

Ramadan, a holy month of fasting for Muslims, will end either Saturday or Sunday depending on the sighting of the new moon. After that, the three-day Eid ul Fitr celebration will kick off, commemorating the end of the holy month.

During Ramadan, Muslims around the world fast from sunrise until sunset. Along with eating at night, there are ritual prayers in mosques and late nights spent with family and friends.

To accommodate this, restaurants on Devon stay open later, some even staying open till Suhoor, the meal that takes place early every morning before sunrise.

In the days leading up to Eid, Devon is packed from sunset to sunrise as people scramble for the best outfits, celebratory meals, fresh henna and Ramadan sales. 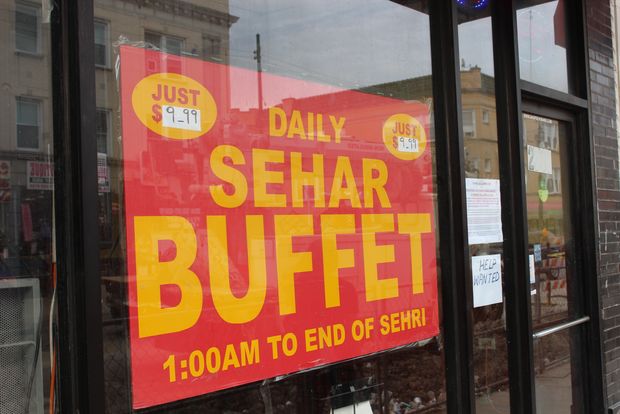 Restaurants offer Suhoor buffets, which can be spelled a variety of ways, depending on the dialect. [DNAinfo/Rahman]

Here are some of my favorite places to celebrate Ramadan Eid on Devon:

• Khan BBQ, 2401 W. Devon Ave, gets crowded this time of year, and for good reason. Their tandoori chicken is grilled fresh on a skewer and served with bottle of Coke. And employees who speak Punjabi and Urdu make you feel right at home.

“Whenever the sun is up during Ramadan we will barely have one or two people come in, but as soon as the clock inches towards sunset, a crowd of people swarms through the door, and that’s how we know our customer base is mostly Muslims. People ask for extra food just so they can eat it again during Suhoor,” said owner Khan Saab. 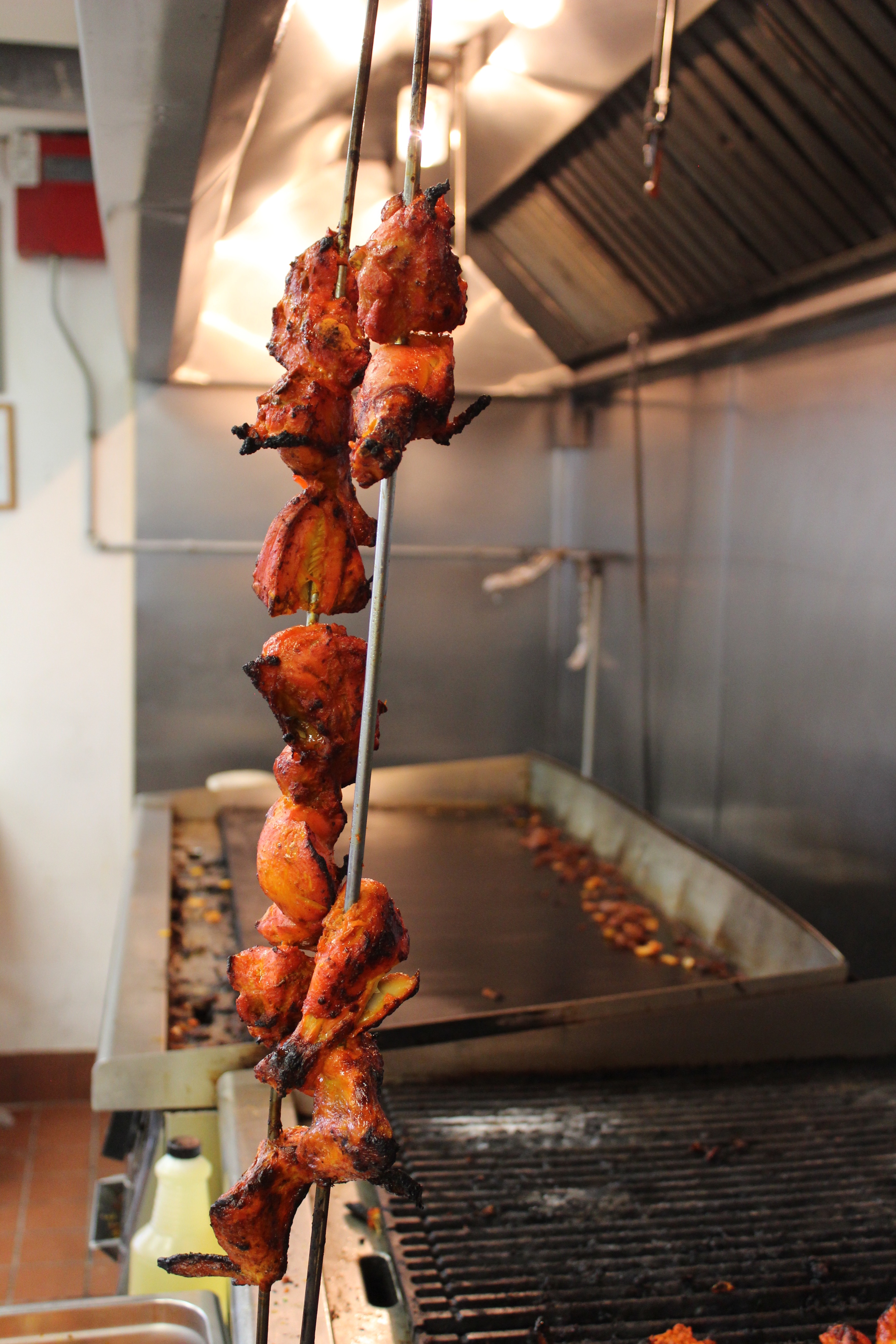 “We’re open till 2 or 3 a.m., basically till we see the crowd die down. With the windows open, people cycle in and out of the café, and especially during Ramadan we see significantly more people at night," said longtime employee Uday Patel. 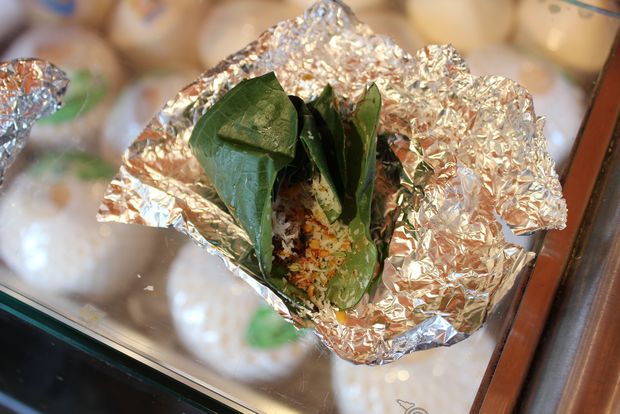 Paan, a betel leaf layered with areca nut and an assortment of sweet and savory nuts, at Patel's Cafe [DNAinfo/Isra Rahman]

• On the last night of prayer, Muslims usually share sweets with their neighbors and family members. Tahoora Sweets & Bakery, 2345 W. Devon Ave., has become well-known on Devon and ships boxes of sweets across the country. Don't miss the boxes of Gulab Jamun, a milk-based ball served in sugary syrup, or Barfi, a dense milk-based sweet that can be made from a variety of grains. 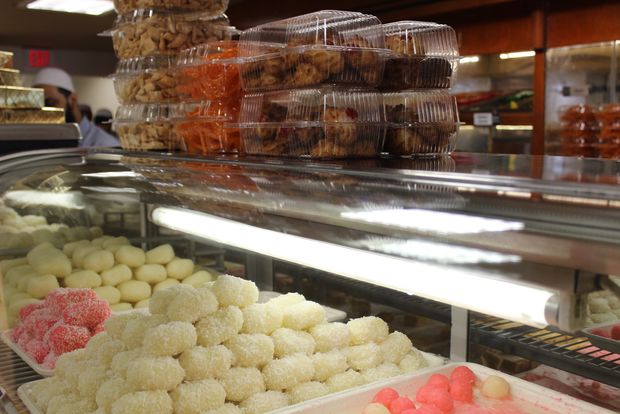 • Other restaurants such as Usmania and Sabri Nihari open for business around 3 p.m. and begin preparing for the rush. Since they are larger restaurants, they set up a buffet and charge per head. Customers come from all over the Midwest just to try the food.

"Whenever I come to Sabri or Usmania for dinner I see people from Indiana and Wisconsin driving all the way here just for some good food. It’s uncommon to not see someone from out of state every time I go,” Heena Hira, a long-time resident of Devon Avenue, said. 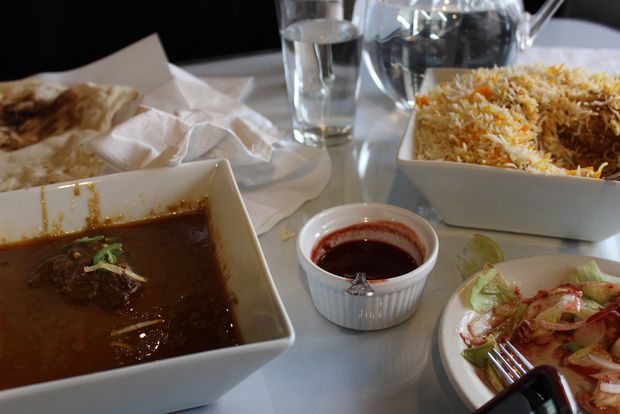 Not only is Devon known for the food, but to prepare for the celebration of Eid, boutiques stock up on the latest trends:

• J. Junaid Jamshed, 2351 W. Devon Ave., is the Chicago branch of a Pakistani boutique that sells modest clothing for men, women, and children. It's one of few Pakistani clothing stores in Chicago, and the goods fly off the rack quickly.

"We are preparing to sell out most of the clothes in the store and we have already seen the rush steadily grow every evening," one employee said. 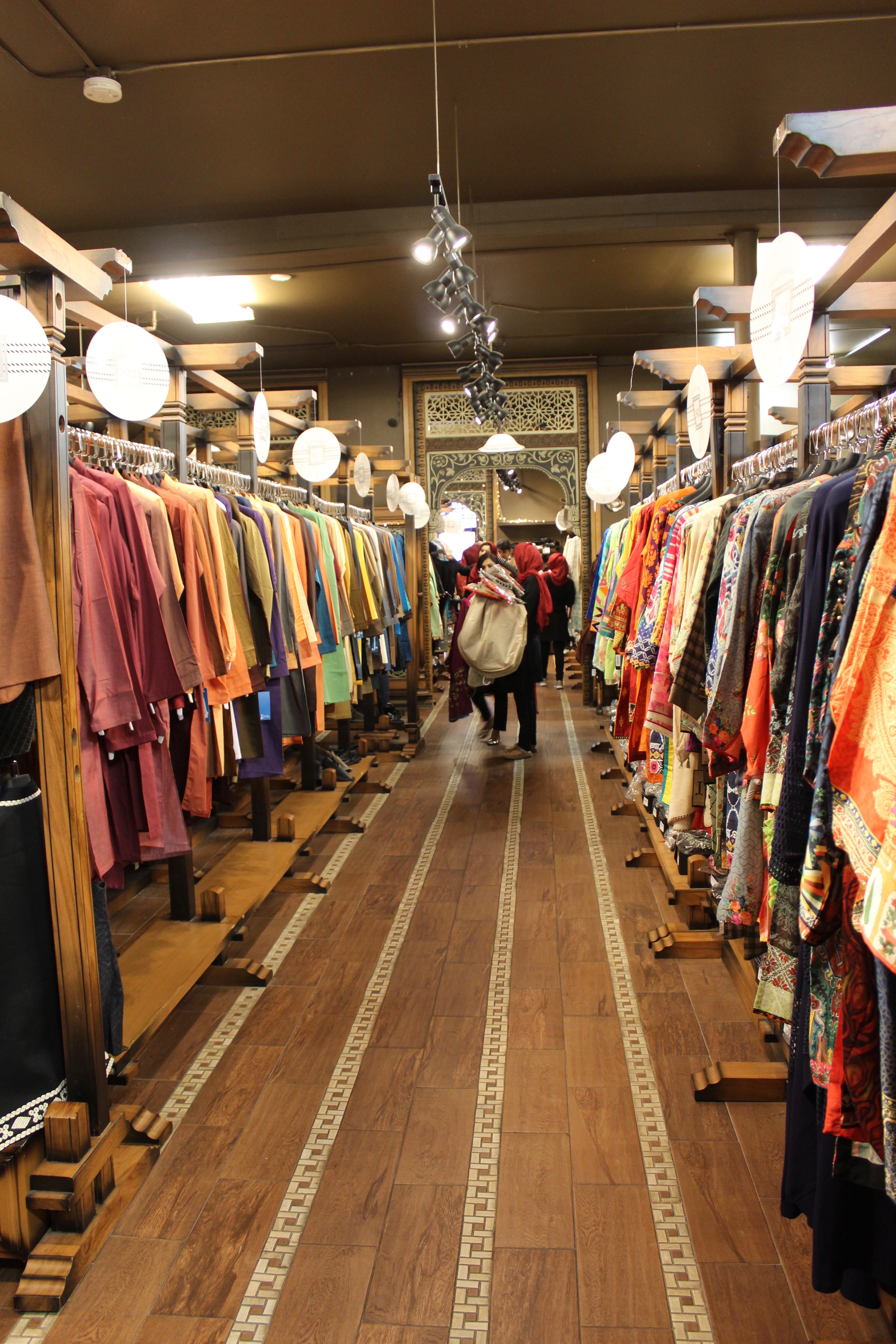 • For last-minute alterations or to make an entire outfit from scratch, Salma’s Fabrique’s, 2320 W. Devon Ave., offers stacks of fabric and embroidered patterns. The bustling shop is reminiscent of a bazaar. 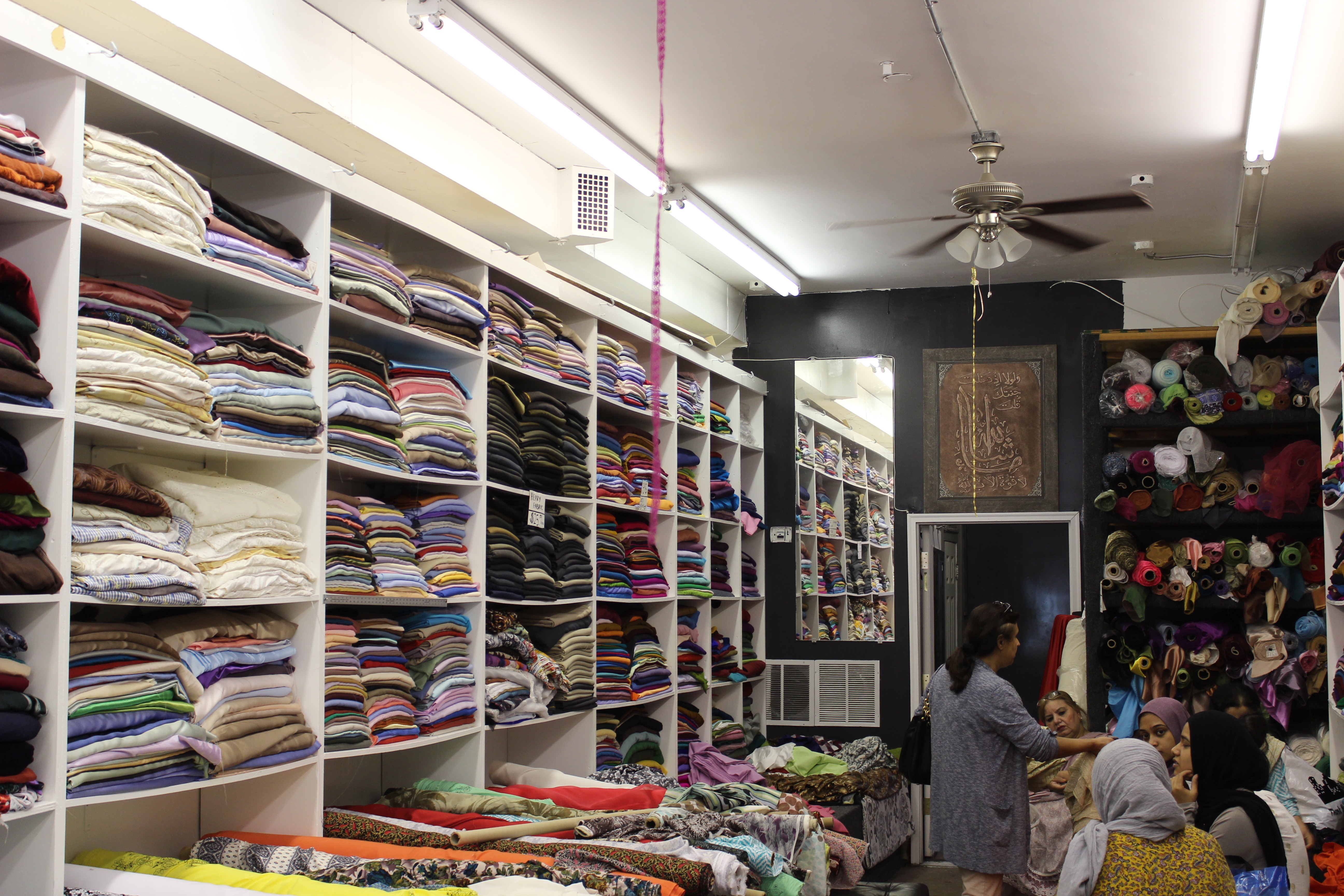 Stacks of fabric at Salma's Fabrique, made for custom clothing and alterations. [DNAinfo/Isra Rahman]

• Other high-end stores such as Studio Elite or Raaz feature ready-made clothes for those who dress up in wedding outfits for Eid.

One of the best things about Eid is the opportunity to get Henna, and salons up and down Devon hire plenty of artists to accommodate the demand.

“We plan to stay open the whole night and we’re usually here until 6 or 7 in the morning with people getting their Henna done. A list forms usually around 5 (a.m.) when the line starts forming, and from there on it just continues to grow,” Kiran Shazadi, owner of Ali Hair Salon, said.

Signs were up on every salon advertising henna deals — some for as little as $5 a hand — for the night before Eid.

Before heading north to take in excitement of Devon this time of year, beware: traffic is no joke.

“Traffic is worse than you can imagine," Hira said. "You’re better off walking from wherever you are than trying to find parking, or even making it down Devon Avenue in under an hour."