BOWMANVILLE — Half Acre's Bowmanville taproom is still very much under construction, but that's not stopping the brewery from throwing a huge party at its northern outpost.

Tickets are now on sale for "The Big North II," a beer-food-music extravaganza that Half Acre said it plans to make an annual tradition.

Night Beats, Platinum Boys and DIM will supply the tunes for the 21-and-over crowd.

Half Acre shifted its offices and the majority of its production to Bowmanville in 2015, freeing up its original brewery at 4257 N. Lincoln Ave. to serve as a sort of test lab, particularly for wild yeast beers. The second of Half Acre's experimental releases, Pennon Blonde Wyld Ale, makes its debut at 11 a.m. Friday.

In April, the brewery announced that it finally had received permits to build its taproom and outdoor beer garden on Balmoral.

In its most recent email newsletter, Half Acre shared a photo of the work in progress: 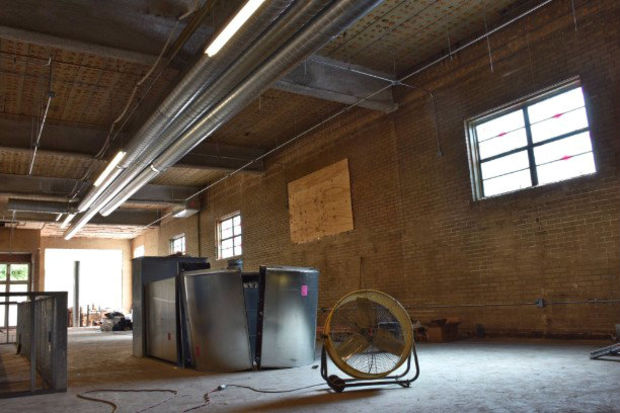 According to Half Acre, the windows in the above photo are letting in light for the first time in at least 30 years. [Half Acre Beer Company]

RELATED: Step Inside Half Acre's Wyld Cove, Where the 'Magick' Happens