PORTAGE PARK — Elderly residents in Portage Park are frightened — and even considering a move — after yet another violent home invasion targeting older homeowners was reported in the area.

Attacks on the elderly are not new to the 5400 block of West Henderson Street, where an elderly couple was attacked and robbed Thursday night.

Irene S., who did not want to share her last name due to safety concerns, has lived on the block for more a decade and has seen her home broken into twice, her granddaughter Annette Jordan said Friday.

Irene, 89, used to leave her door open and greet passersby, leaving her home unlocked even at night, she explained in a mixture of her native Polish and broken English.

"I am very good people, but people over the last four years are no good," Irene told DNAinfo. "They want my gold, my money."

She gestured toward her hip and mentioned an operation. 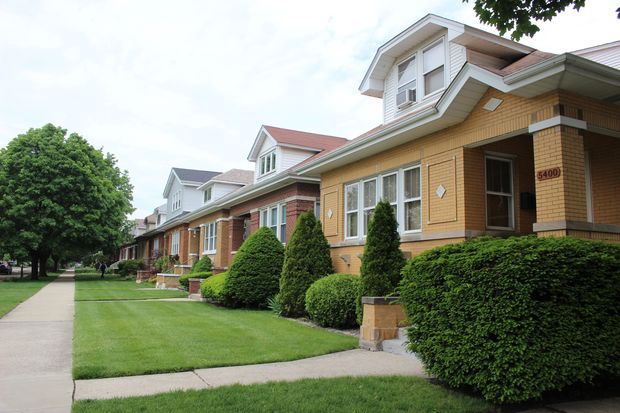 A violent home invasion in the 5400 block of West Henderson Street late Thursday has neighbors on edge. [DNAinfo/Ariel Cheung]

Jordan said her family already is looking into new living arrangements for her grandmother, largely because of the violent home invasions and a fear that people living nearby are targeting senior citizens on the block.

"She can't talk to anybody," Jordan said. "This block is kind of shaky."

One block away, Yvette Soto lives with her elderly mother and was brought to tears Friday worrying about how they will defend themselves against an intruder.

"I totally blame the law enforcement, because law enforcement doesn't come here," Soto said. "An alarm isn't going to help, and a dog? They'd just shoot it. I don't even know what to do."

Chicago police are reminding neighbors to keep doors and windows locked and to report any suspicious activity in the neighborhood.

But that provides little comfort for Soto, she said.

"We're supposed to be safe in our homes, and we're not," she said. "I feel like I can't even control my own life."

Police walked door to door Friday afternoon as an investigation continued into Thursday's home invasion and two other similar incidents that happened recently within a few miles of the quiet, well-cared for block. 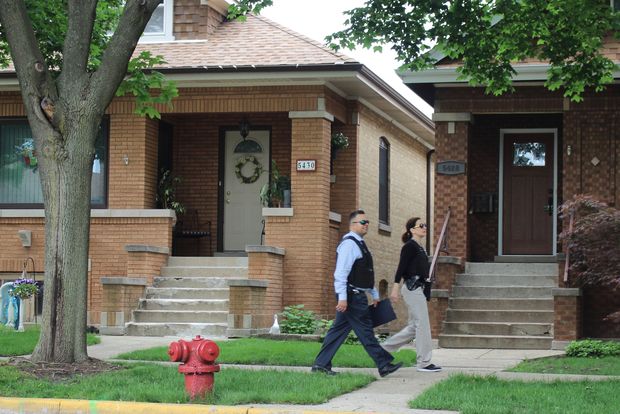 Police visit homes Friday afternoon in the 5400 block of West Henderson Street, where an elderly couple was attacked inside their home Thursday night. [DNAinfo/Ariel Cheung]

In each case, burglars attacked the victims while demanding their money and jewelry. The first took place around 1 p.m. May 19 in the 4100 block of North Avers.

A 78-year-old woman is in serious condition after an attack around 9:35 p.m. Tuesday, police said.

The victim was attacked in her home in the 4800 block of West Nelson Street.

In each case, the attackers accessed the homes through back doors or a window and stole anything accessible, like cash or handbags, police said. With enough "commonalities," the cases are likely connected, said Officer Michael Carroll.

The couple involved in Thursday's incident have been married for decades, said a family friend who drove by to check on them Friday.

"When I heard the news, I was just concerned it was [them] because of the ages," he said. "This is the way things are now."

He met the husband when their sons became Boy Scouts, and both continued to be heavily involved in the organization even after their children had grown.

People who would attack a welcoming, friendly couple like this "have no morals, no scruples," the friend said. "You've got people who are out of control."

The couple's son, who was at their home Friday with police, declined to speak to the press.  The couple remained hospitalized in good condition Friday, said Ald. 30th Ward Ariel Reboyras. 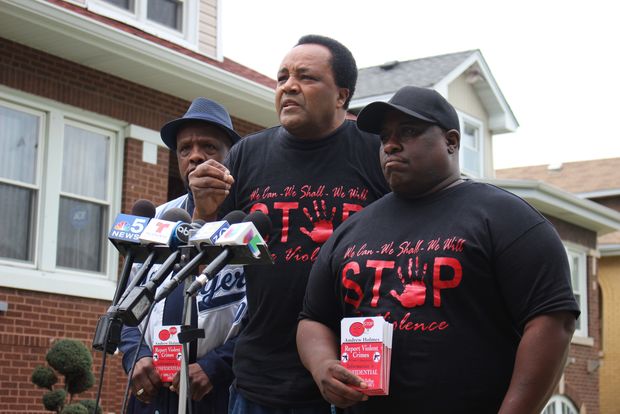 Activist Andrew Holmes (center) is asking neighbors with surveillance cameras to check for footage during the burglaries. [DNAinfo/Ariel Cheung]

Community activist Andrew Holmes is offering a $1,000 reward for information that leads to an arrest and conviction of the burglars, he announced Friday. He also encouraged neighbors to check on their elderly loved ones, who could be targeted by criminals if they appear to live alone and without regular visitors.

"Think about your grandmother and mother getting beaten while they're asleep," he said Friday. "They're defenseless. Attacking them is a punk coward move. It's wrong."

Holmes asked that anyone who might have surveillance footage from the time of Thursday's break-in or the other two contact Area North detectives at (312) 744-8263. Those who wish to report crime anonymously can also call Holmes' hot tip line, (800) 883-5587.

It is unconfirmed whether the same person committed all three home invasions, but police believe one of the victims may have caught a glimpse of her assailant's face, Reboyras said.

Both Reboyras and Holmes said they believe police manpower in the area is sufficient, but called on neighbors to be wary of strangers and keep in contact with one another if something seems off.

Reboyras is already in talks with neighbors about starting a block club.

"They're scared, and we're telling them if it's a block that's active, chances are that [offender] will move somewhere else, where there's less activity," Reboyras said.

The alderman is also looking into having a police roll call in the area, a show of force meant to reassure residents and put offenders on alert.

"We have the police [numbers]," he said. "Unfortunately, they can't be in every location at every time. What we're hoping for is more visibility."