LINCOLN SQUARE — Lincoln Square is about to get even more charming.

A makeover is in the works for the Leland Avenue curve, at the southern gateway to the square's quaint shopping and dining hub.

The interstate-style guardrail, which hugs the curve as Leland swoops toward Western Avenue, is set to be replaced with planters, and the sidewalk, which tapers to a choke point around the bend, will be widened to provide more room for pedestrians.

Work could start in the fall but more likely will get underway in spring 2018, according to Jim Poole, 47th Ward chief of staff.

The Chicago Department of Transportation has some engineering work to do first, including relocating drains and streetlights, he said.

"It's going to look a lot better, but it's not a drastic change," Poole said.

Though the main purpose of the project is to improve the pedestrian experience, Poole said the planters may send a visual cue to motorists that Leland isn't a highway.

"It probably calms traffic a little bit," he said.

A more significant alteration to the curve, in the form of a pedestrian "island," was considered and dropped, in large part because of concerns that trucks would have serious difficulties negotiating the island, he said. 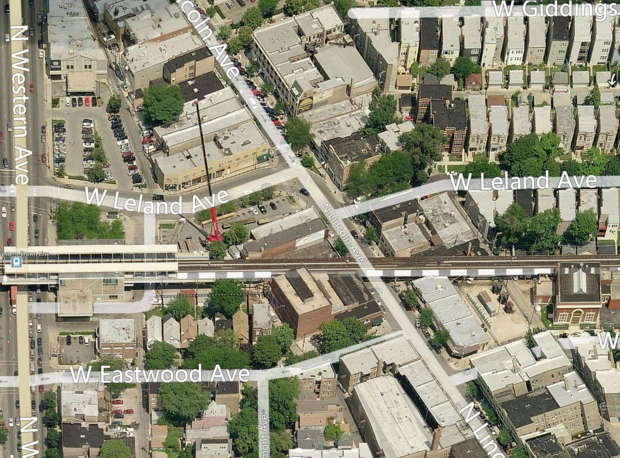 The "Leland Curve," where Leland Avenue links Lincoln Avenue drivers to Western, will be getting a makeover. [Bing] 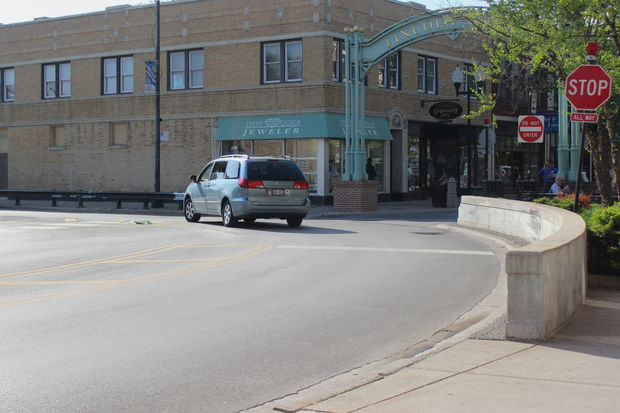 The guardrail is coming down, to be replaced with planters. [All photos DNAinfo/Patty Wetli] 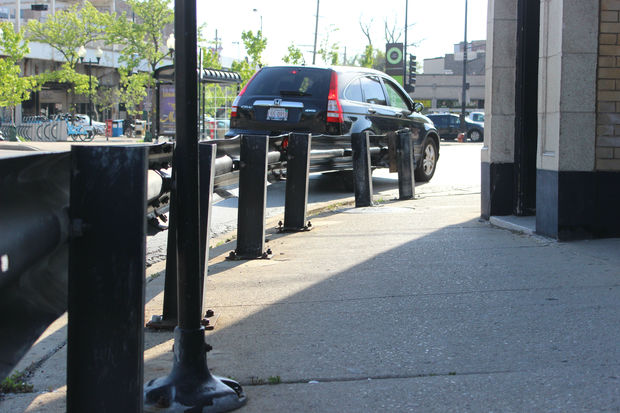 The sidewalk, which tapers to a choke point around the bend, will be widened to provide more room for pedestrians. 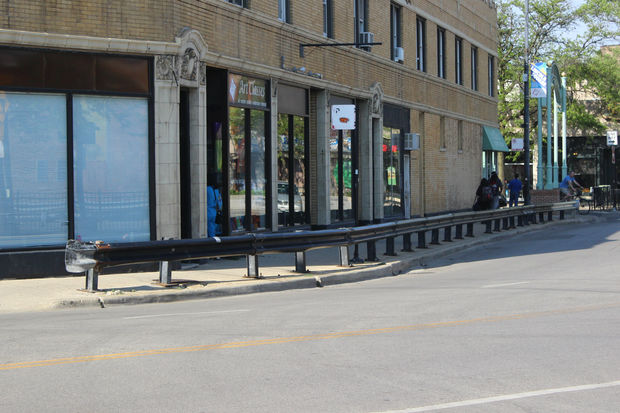 Work to replace the guardrail could get underway this fall, but more likely spring 2018.