Critics Said Girls Would Be Menace To Lane Tech. These Alums Changed It All

ROSCOE VILLAGE — With a diverse enrollment topping 4,000, it's easy for students to blend into the crowd at Lane Tech College Prep High School.

But back in the 1970s, one group was impossible to miss.

"Women stuck out like a sore thumb. When you walked into a class, I'd look around to see, 'Are there any other girls?'" recalled Barbara Korus, class of 1976.

"You knew all the females — there were so few of us," added Kathy Montgomery, '76.

Girls, in small numbers, were first admitted to the formerly all-boys bastion in the 1971-72 school year. As the 50th anniversary of that milestone approaches, a group of Lane's pioneering female alums recently gathered to plant the seeds for a celebration to mark the occasion. 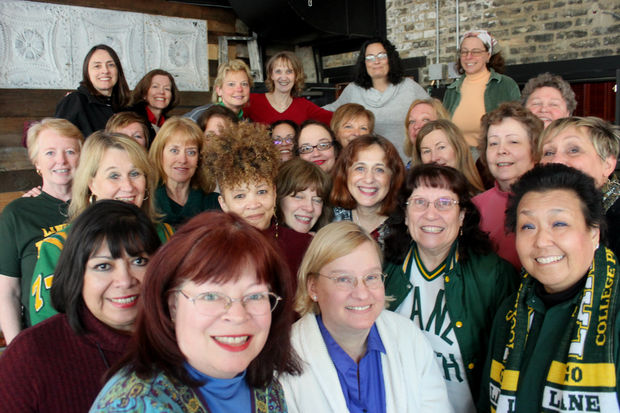 Members of the classes of '75, '76 and '77 attended the informal reunion, organized by Michelle Weiner ('76) and held at O'Donovan's, 2100 W. Irving Park Rd. (The class of 1974, the first to graduate females, was unfortunately not represented.)

As the women reminisced and shared updates on their lives post-Lane, a common theme of enduring empowerment emerged.

Whether it was holding their own in shop class, forming the first female sports teams at the "school of champions" or discovering career options they never knew existed, their experiences as trailblazers at Lane made a lasting impression.

"I knew I liked to draw and liked math and science — I never even heard of an engineer," said Kelly Houston Clarkson, '76.

"Because the guys talked about engineers and architects, those became buzz words. I thought, 'Anything they can do, I can do,'" said Clarkson, now a senior safety engineer.

Shop classes taught the women how to use tools and problem solve, said Korus.

"You see you can do it," she said. "Later, when I became a homeowner, I felt very comfortable doing things myself."

'We Don't Want No Broads'

Lane Tech, at 2501 W. Addison St., was founded in 1908 as a manual training school for boys. At one point, attendance topped 9,000, with classes held in three shifts. But in the late 1950s, the school switched to a selective admission policy — spurred by the Space Race to become a science and engineering hub.

The resulting dip in enrollment prompted then-CPS Superintendent James Redmond to recommend co-education as a way to bolster the student body, a proposal that met with significant resistance from a sizable portion of Lane's tradition-bound community. 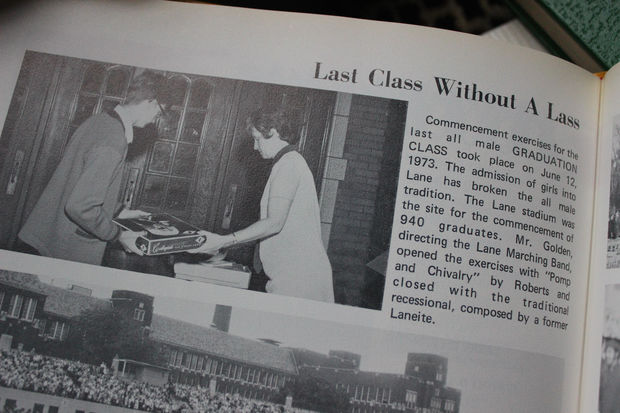 Fifteen hundred male students, chanting "We don't want no broads, hey" marched on the Board of Education to protest the approval of Redmond's plan.

Weiner shared a photocopy of a "Notice of Walk-Out" handout that Lane student organizers circulated in 1971.

"More action should be taken to protest this ever increasing menace to our technical education facilities," the flyer read.

"School officials say they will keep the curriculum the same but when the quota of girls begins to to drop they will make it more interesting to the girls by introducing subjects such as Home Economics, cooking, sewing and later Basic business training," the note warned.

Despite the opposition, the Board of Ed stuck to its decision.

The girls were coming.

Concerns that Lane's male students would bully or otherwise act out against the female students proved unwarranted.

This lack of drama made the news in February 1972, when the Tribune reported, "Lane Remains Calm."

"We didn't look for any trouble when the girls arrived last fall and we didn't find any," acting principal John Lowman told the paper then.

The male students, he said, had "accepted the situation in a most gentlemanly fashion."

Though none of the women from that very first class attended the alumni reunion, members of the immediately succeeding classes agreed with Lowman's assessment.

"I remember being really self-conscious, then everybody acclimated quickly," said Jennifer Stebbing, '75.

"At the time, it was just what it was; it was our normal," said Donna Majeske, '76, who works in nonprofits following a legal career.

Pranks were played on the girls but they were the same ones played on freshmen boys, like the selling of bogus elevator passes, the women said.

But there was one notable exception.

For lack of changing and showering facilities — "The locker room situation was abysmal," Majeske said — girls weren't allowed to take swimming the first couple of years.

That meant the boys still swam naked, the alums said, which led to another popular trick — misdirecting the girls to the pool to get an eyeful. 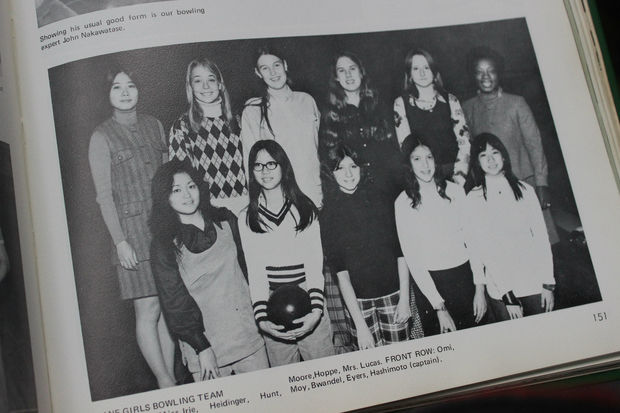 Upperclassmen — holdovers from the all-boys' days — were the most resentful of the females' presence and some teachers were dismissive, typically in the form of comments along the lines of "You don't belong here," said Korus.

"It was a time when women were taking these bold new steps forward. It's hard to convey what it was like," she said.

"It was really an era when women were being placed in male professions and there was a lot of backlash," she said. "I felt insulted by that. We were all very capable. I felt confident."

For many of the women, Lane's physical campus, at 2501 W. Addison St., was the least welcoming aspect of their experience.

"It was a really big school, the campus was huge. I wasn't used to that," said Genice Brown Pender, '77, now an HR specialist with the U.S. Postal Service.

"Dealing with the size, you didn't have time to worry about anything else," added Kelly Chesney, '77.

Initially, just one bathroom per floor was accessible to the females. Given the length of the halls and the short amount of time allotted for passing periods, "If you had to go to the bathroom, you had to anticipate an hour ahead," Clarkson said.

Rather than dragging down Lane, which had been a prediction, the female students raised the bar — a point the school acknowledges in its official history.

"Girls had to get higher [admission] test scores because they thought we were going to lower the [academic] standards," Stebbing recalled.

At her 30-year class reunion, administrators apologized — "They said how wrong they were" — a reversal that Stebbing said still makes her emotional.

Because only 100 to 200 females were admitted per class, versus more than 1,000 boys, that meant the girls "were the crème de la crème," said Weiner.

Guys may not have wanted the girls as classmates, but soon enough were asking for help with their homework, she said. 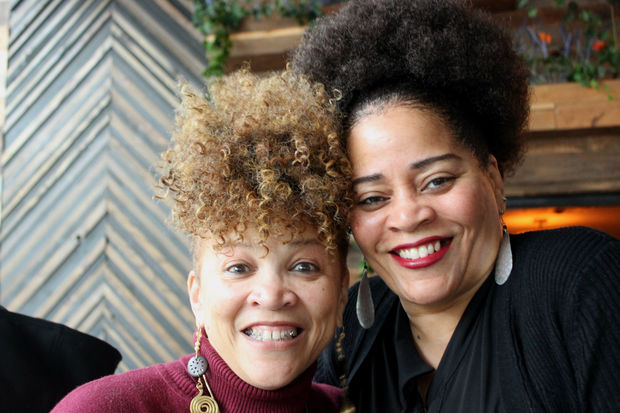 As for the girls posing a "menace" to Lane's technical education, those are the very classes that most of the women alum remember with the greatest fondness.

"All of us think we're MacGyver now, from what we learned," said Pender.

"They didn't have any 'girly' things. It was awesome," said Chesney. "In foundry, I made an address plate for my grandparents' house. My cousins just bought the house and it's still there today."

In addition to the practical skills gained, shop classes made "you realize as a female you can do 'men's' careers," she said.

Armed with confidence in her abilities, Chesney became a lawyer and is now the co-owner of a firm that manages hedge fund portfolios.

Her success, she said, can be traced to her experience of sticking out like a sore thumb at Lane.

"It really just dawned on me at this [reunion] that I could do that, that I'm OK with being in male-dominated professions, because I'm used to it," she said.

Dogfighting Is a Fact of Life for Many Chicago Kids