SOUTH LOOP — DePaul University is selling season tickets for its new basketball arena, which is scheduled to open in the fall.

DePaul sent an email to boosters announcing season ticket sales Wednesday in advance of the Blue Demons' inaugural season at Wintrust Arena, 200 E. Cermak Road. The arena is opening in the fall.

Those interested in 2017-18 season tickets can click here to put down a $25 deposit guaranteeing season tickets before they go on sale to the general public this summer. Those who put down deposits by June 1 will be able to select their own seats.

Season ticket holders will also get "first rights" toward non-DePaul events such as concerts at the arena, according to the email.

The arena, which was built by DePaul and the quasi-public agency that runs McCormick Place and Navy Pier, has stirred controversy ever since it was proposed in 2013. Many critics felt the new Downtown arena was unnecessary as Chicago Public Schools moved to close 49 schools predominantly on the city's south and west sides.

Though city and DePaul officials maintain no public dollars went toward the arena, a 1,206-room Marriott hotel under construction next to the arena was financed with $55 million in tax-increment financing (TIF) funds, funds that are diverted from school districts and other local taxing bodies. TIF funds were originally slated to go to the arena, but the plan was changed after the controversy.

The agency colloquially known as McPier reportedly spent $8 million to move a landmarked mansion to make way for the arena's construction.

As such arena critics say it is disingenuous to say DePaul isn't benefiting from taxpayers. Some activists have called for DePaul to return proceeds from arena naming rights and other revenue to CPS.

DePaul's men's team will play an anticipated 17 games at the arena this season, while the women's team will host 6 games. Click here for more information. 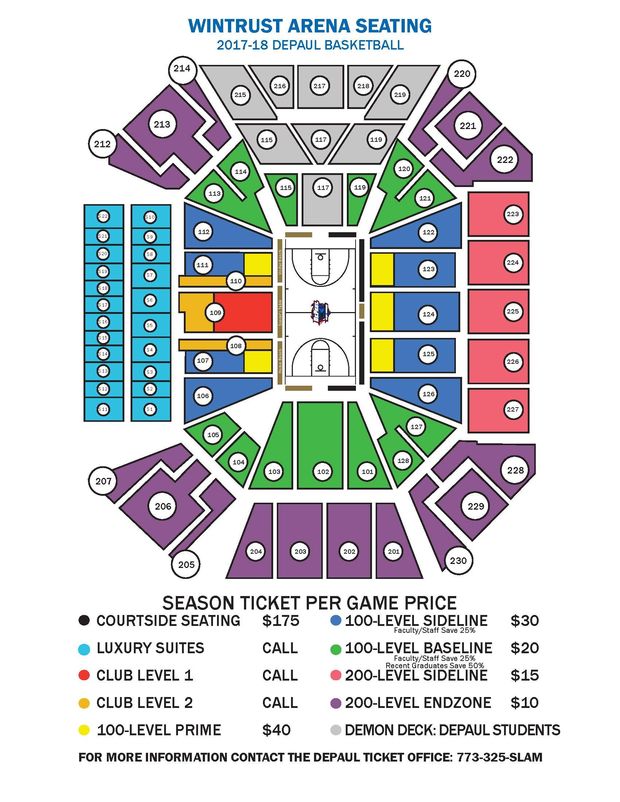