Chicago's Biggest Spiders Are Nearly The Size Of Your Hand

By Justin Breen |&nbspMay 9, 2017 5:20am | Updated on May 14, 2017 8:55am
@dnainfo_breen
Twitter Facebook Email More
The largest spiders that can be found in Chicago are the dolomedes tenebrosus, or dark fishing spider (left) and argiope aurantia, also known as the orb weaver.
View Full Caption
Flickr Creative Commons

CHICAGO — The largest spiders living in Chicago are almost the size of your hand, but you almost certainly will never see them in your house.

The two biggest spiders that can be found in the wild within city limits are the Argiope aurantia (orb weaver) and dolomedes tenebrosus (dark fishing spider), according to Petra Sierwald, associate curator at Field Museum.

Sierwald said neither spider will come into houses, at least not in the city, but if you have a cabin in Wisconsin, you occasionally might see one inside. Chicagoans can find both spiders in city forest preserves or in their backyard, Sierwald said.

The orb weaver spider never builds webs inside houses but might construct them within large barns, Sierwald said. The orb spiders mostly are seen among high prairie plants, so people can find them in their yards, she said.

The spiders locally also can be found at prairie restoration sites, she said.

Field Museum's spider guide has some fun facts about each spider. Orb weavers make the webs made famous by the book "Charlotte's Web," and have eight eyes.

Nearly 900 species of spiders have been recorded in the Great Lakes Region, according to Field Museum.

Illinois is home to about 800 spider species. North America has about 3,000, and the world about 35,000. In Chicago, spiders will travel to the top of the city's tallest buildings, and they're probably in every single dwelling. 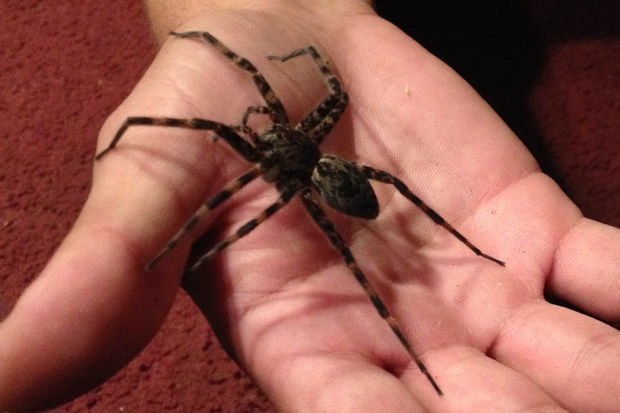 Chicago Police Nabbing More Fugitives, but the Hunt Is Slow