Rat Complaints Up 30 Percent, And City Can't Kill Them With Dry Ice Anymore

By Heather Cherone |&nbspMay 9, 2017 5:22am | Updated on May 14, 2017 8:55am
@HeatherCherone
Twitter Facebook Email More
This new poster was designed to warn Chicagoans about the scourge of well-fed rats.
View Full Caption
DNAinfo/Heather Cherone

CHICAGO — Rat complaints in Chicago are showing no sign of slowing down — and now city crews can no longer use dry ice to kill the four-legged pests in city parks because of federal rules, officials said.

The number of complaints about rats soared 30 percent between November 2016 and February 2017, compared with the same period a year ago, according to data provided by Streets and Sanitation spokeswoman Sara McGann.

A new poster — with a more realistic depiction of a rat than is featured on city warning posters — may be behind some of those increased complaints, McGann said.

"We've seen that this sort of outreach works," McGann said, adding that it is part of the city's effort to be proactive by baiting areas with frequent complaints with poison.

The best way to reduce the number of rats is to keep garbage covered in alleys and keep yards free of pet waste, city officials said. 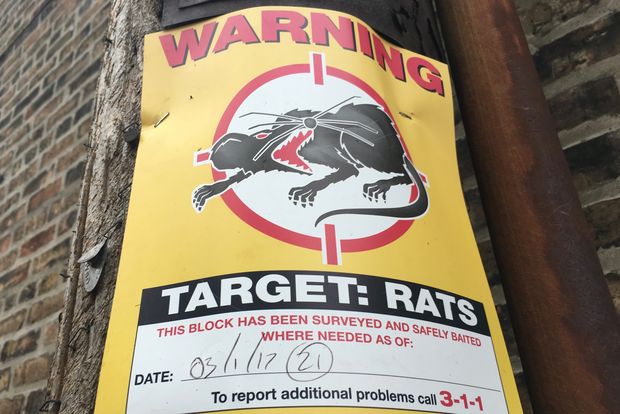 The city has replaced these signs with ones that have a more realistic depiction of a rat. [DNAinfo/Heather Cherone]

Despite the increased complaints, the city's 18 rodent-fighting crews responded to 76 percent of complaints within five days, meeting a goal set by city officials in the fall.

Spurred by the soaring number of complaints about rats, city officials launched a pilot program that used dry ice to suffocate rats underground that Streets and Sanitation Commissioner Charles Williams told aldermen in October was "effective, especially near parks and pets."

Crews put dry ice — frozen carbon dioxide — into rat burrows and sealed the holes with dirt and newspaper. As the dry ice warmed into a gas, it suffocated the trapped rats, leaving them to decompose in the holes — away from people.

People for the Ethical Treatment of Animals objected to the lethal technique, with a representative telling DNAinfo that the rodents "deserve our protection."

This is how you use dry ice to kill rats. The city will test out the new method at North Side parks and downtown planters. pic.twitter.com/3jtzbtChj1

But the effort — which took place from August to December 2016 — is now on an indefinite hiatus after city officials learned that it had not been approved by federal Environmental Protection Agency officials as a way to safely control the rat population, McGann said.

City officials are working with the Illinois Department of Health to reinstate the technique, McGann said. 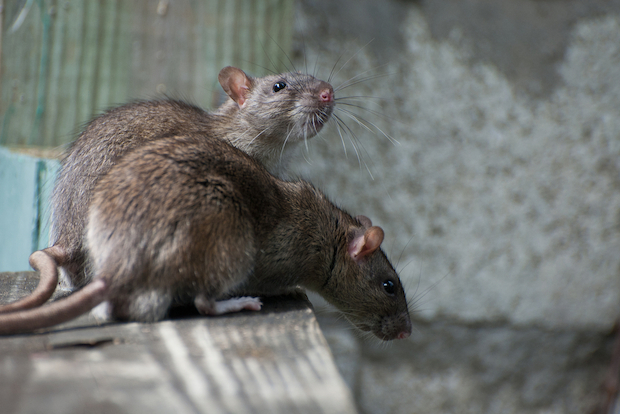