"The float will travel along the Chicago River and connects communities to nature and art," the mayor's office said in a statement.

More details are expected Friday afternoon, when Emanuel and Chicago Park District officials announce this summer's season of "Night Out in the Parks," an annual cultural series including free movie showings, concerts and theatrical performances. 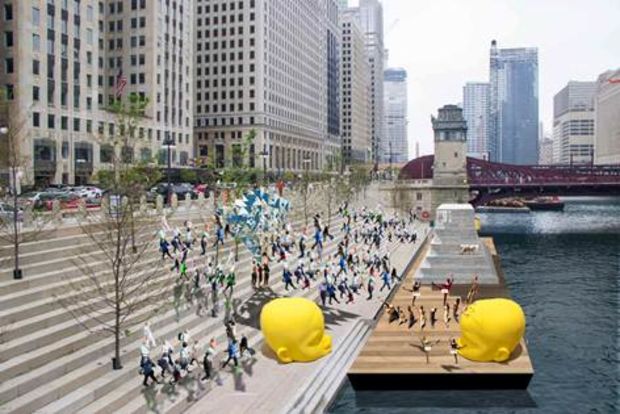 A rendering of the float in daylight. [Provided]