No one knows that better than Craig Bell and Adrienne Fasano, who've lived in North Center for 17 years.

"We got tired of going to taverns and not being able to get a cocktail or a steak," said Fasano. "We said, 'Let's buy a building.'"

In 2016, the husband-and-wife duo bought the dive bar Crabbby Kim's, 3655 N. Western Ave., and after a complete renovation, reopened as Reclaimed Bar and Restaurant.

The leap from neighbors to neighborhood restaurateurs wasn't quite as huge for Bell and Fasano as it would be for other couples. Bell is a trained chef and owns the catering company Big Hatt Gourmet.

By mid-April, Reclaimed was operating on nearly full strength, offering dinner and weekend brunch, with an outdoor patio coming in May and regular lunch service targeted for June. Longer term, the building's second floor apartment will be converted and incorporated into Reclaimed, a la Owen & Engine.

The intent is to provide a dining experience that's a step above the usual bar-and-grill fare, but with prices and a level of pretentiousness below tonier chef-driven places, the couple said.

"We want to be good, but we don't want it to be stuffy," Bell said.

Dishes include the steak that Bell and Fasano craved (a bone-in ribeye), along with buttermilk fried chicken, scallops and grits, pulled pork and bacon brittle — all whipped up in a kitchen smaller than most condos'.

Many of the dishes have a southern twang, a nod to Bell's upbringing outside of Memphis, and they're likely to be served with a side of bluegrass, country or cajun tunes.

One of the first investments Bell and Fasano made was in a turntable, receiver and speakers — equipment from the 1970s rebuilt by Saturday Audio Exchange.

As luck would have it, at the time that Reclaimed was coming into focus for the couple, musician and passionate vinyl collector Phil Petrignani entered their orbit.

A Mississippi native who spent the past 14 years in Austin, Texas, Petrignani moved to Chicago a year ago.

He reconnected via Facebook with the sole person he knew in Chicago — an old pal from the Navy who Petrignani hadn't spoken with in 25 years — and that one buddy knew Bell.

Bell and Fasano put Petrignani in charge of Reclaimed's music program, which includes booking live music acts as well as building up the restaurant's stack of LPs.

"I used to own a record store — I'm not going to throw on Pandora," Petrignani said.

Though his own tastes might run toward Willie Nelson and Waylon Jennings, Petrignani has stocked a range of albums, everything from David Bowie to the Blues Brothers.

For Reclaimed's weekly live music nights on Wednesdays, Petrignani has tapped into Wicker Park's Avenue N Guitars for a steady stream of artists and said he's been pleased with the depth of talent in Chicago.

"There are great musicians here," he said. "It's comparable to Austin — it's just more spread out."

Though still in the planning stages, Reclaimed has an ambitious idea for a dinner in June that will incorporate all three of its food, music and booze pillars — a multi-course meal that will not only feature pairings of food and drinks, but set each to a selected album side. 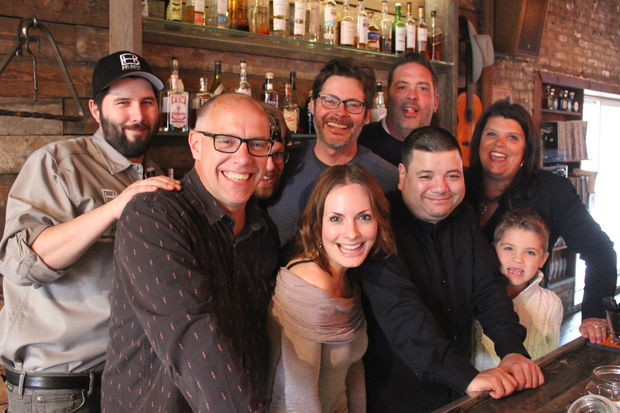 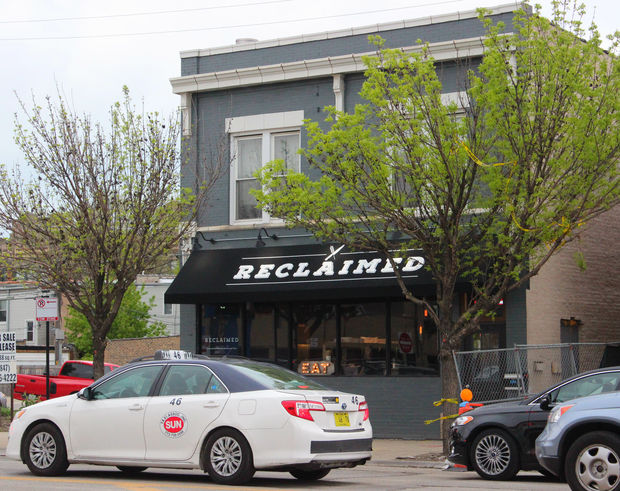 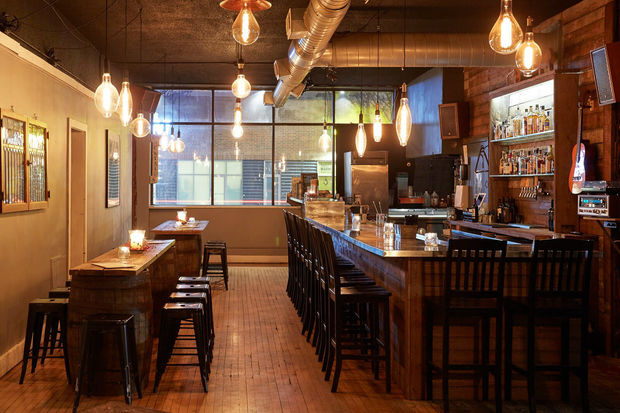 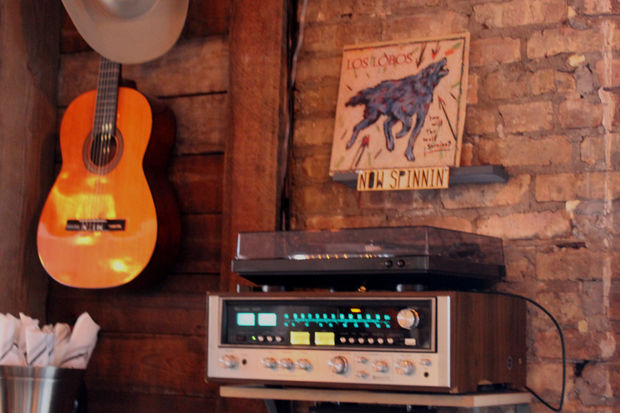 Music is as important as food and booze at Reclaimed. [DNAinfo/Patty Wetli] 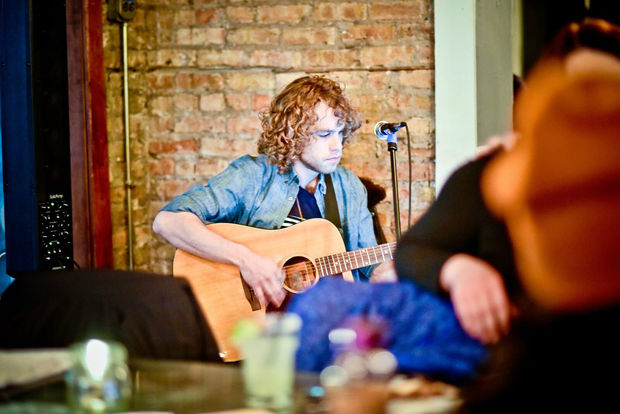 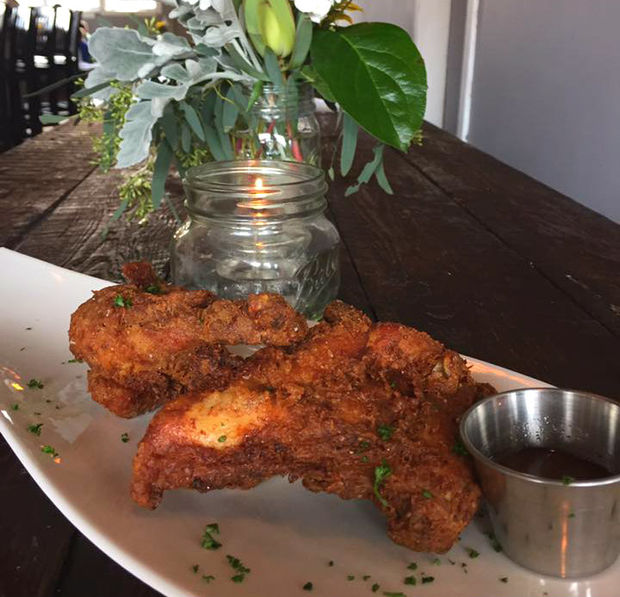 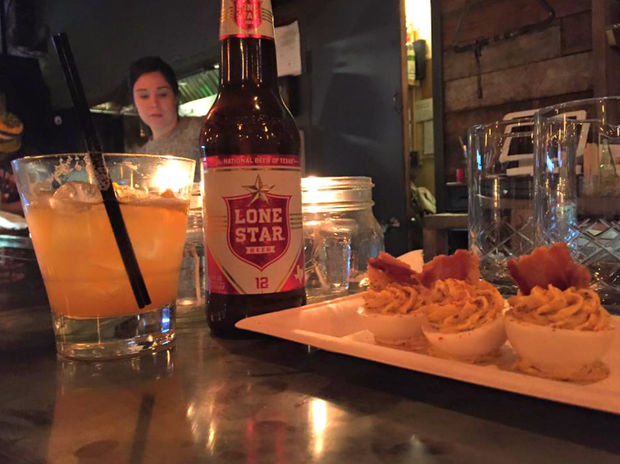 Food and booze at Reclaimed. [Facebook/Reclaimed Bar and Restaurant] 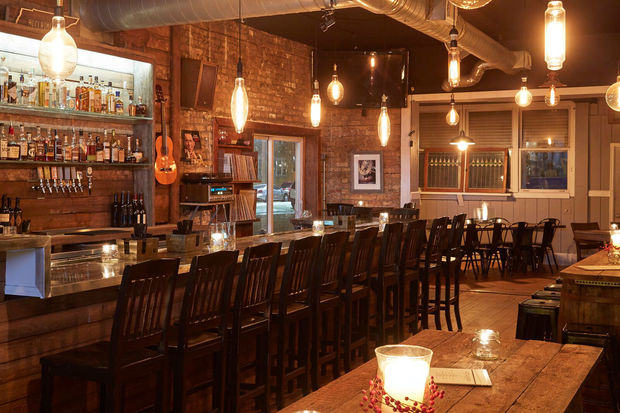