On May 3, Caballero will gladly take receipt of $150,000 from the Chicago Cubs Charities Diamond Project, which debuted in 2014 and awards grants to improve baseball fields and facilities across the city.

This is the second Diamond Project grant in two years — for a total of $250,000 — earmarked for upgrading the fields at Winnemac Park, Amundsen's home field, 5100 N. Leavitt St.

Along with a pledge from the Chicago Park District, the new cash infusion from the Cubs means that all five of Winnemac's ball fields will receive much needed improvements.

"Amundsen gets three new diamonds for softball and baseball and the community gets two refurbished junior diamonds," said Stephen Reynolds, who helped secure the grants in his role as a founder of Friends of Amundsen and his involvement with the youth league Welles Park Parent Association (which operates a satellite program at Winnemac).

"Importantly, the community will benefit and have access," he said.

Two of the diamonds, including Amundsen's varsity and junior varsity softball field and the varsity baseball field, were refurbished in 2016 thanks to the initial $100,000 Diamond Project grant.

As the coach ran drills with his players on an unusually warm spring afternoon, he said he'd never seen the fields in such great shape.

"We're one of the few schools in CPS that can walk onto a grass infield," Caballero said.

Work will begin in the fall on the remaining three diamonds, including the one used by Amundsen's junior varsity baseball team, Reynolds said. 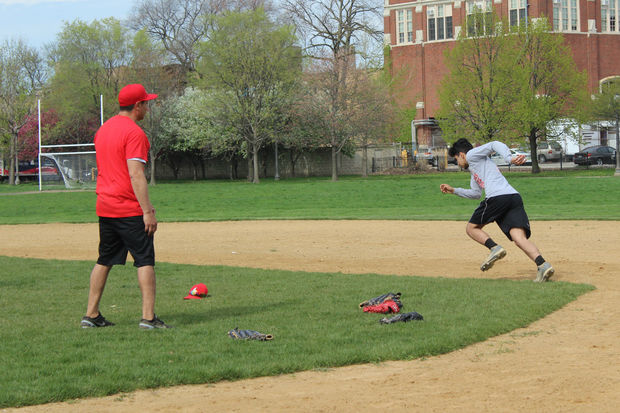 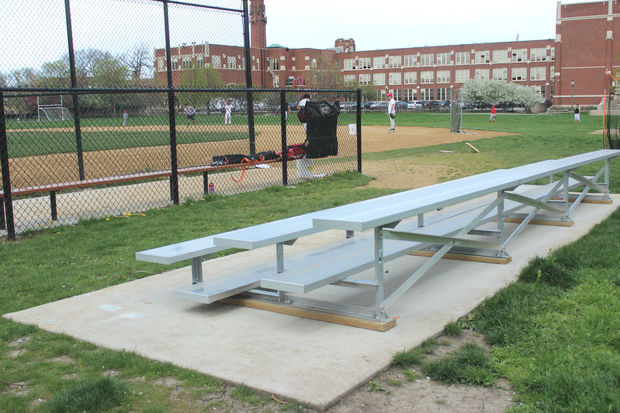 Thanks to a Diamond Project grant from the Cubs, Amundsen's varsity baseball field has new stands, fencing and dugouts. 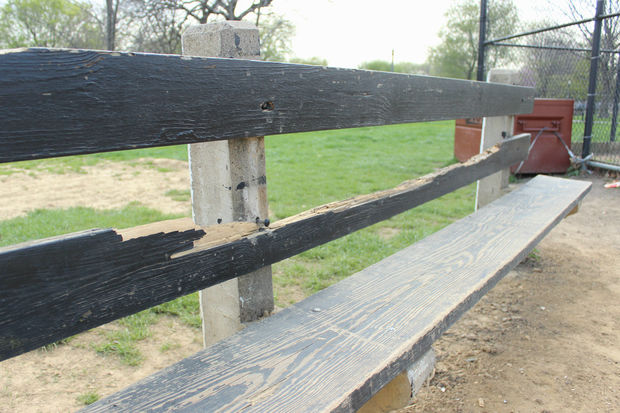 These decrepit benches, which will be replaced, give new meaning to riding the pine. 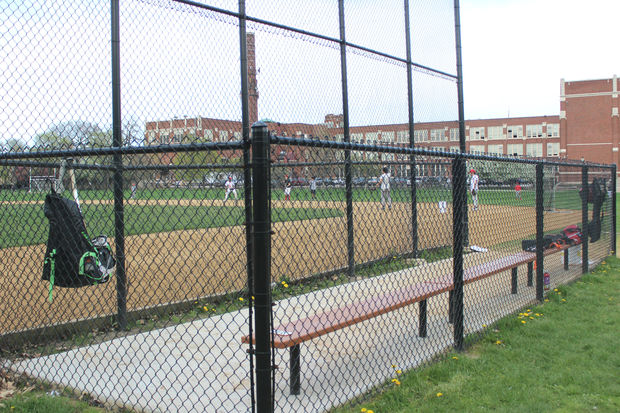 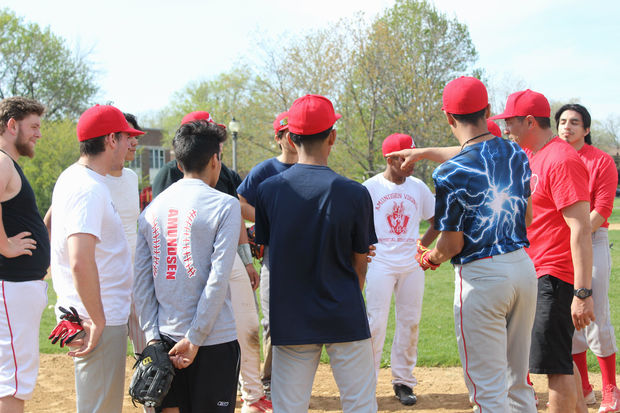