Police In All-Terrain Vehicles Will Patrol The 606 Soon

Twitter Facebook Email More
A runner on The 606 in front of a new sign notifying people that the park is under video surveillance.
View Full Caption
DNAinfo/Alisa Hauser

BUCKTOWN — As the weather warms up and more people start using the The 606's popular biking and jogging path, Chicago Police will begin patrolling the trail on all-terrain vehicles (ATVs), which is unwelcome news for some trail users who say it's too crowded as it is.

A group of officers in the Shakespeare Police District will soon be trained on how to use ATVs through a special course, similar to the bicycle training course, said Officer Jose Estrada, a Chicago police spokesman.

Estrada said to expect the all-terrain vehicles on the trail and surrounding area "in the near future," but declined to give a specific date. The ATV course is intended to "to supplement daily patrol operations district-wide," he said.

During warm months, the trail is packed with joggers, bikers, walkers and strollers. To some trail users like Brian Elmore, the addition of ATVs will create a "logistics nightmare."

"They'll have to go insanely slow. Someone walking can probably go faster than they can," said Elmore, 28, who often bikes the trail.

Joe Williams, 34, who uses the trail to take his daughter to day care during warm months, said while he supports a larger police presence after a string of robberies and assaults on the trail, he's worried the large vehicles will create "obstacles."

"My only major concern is that an ATV would take up a lot of real estate on an already crowded path," Williams said. "Between the gardeners in utility carts and police on ATVs, I'd worry about there being more obstacles. I understand bike cops might not offer as quick of a response time ... but ATVs seem to be a bit much."

Other trail users said the need for a larger police presence on the trail outweighs any issues that might arise. 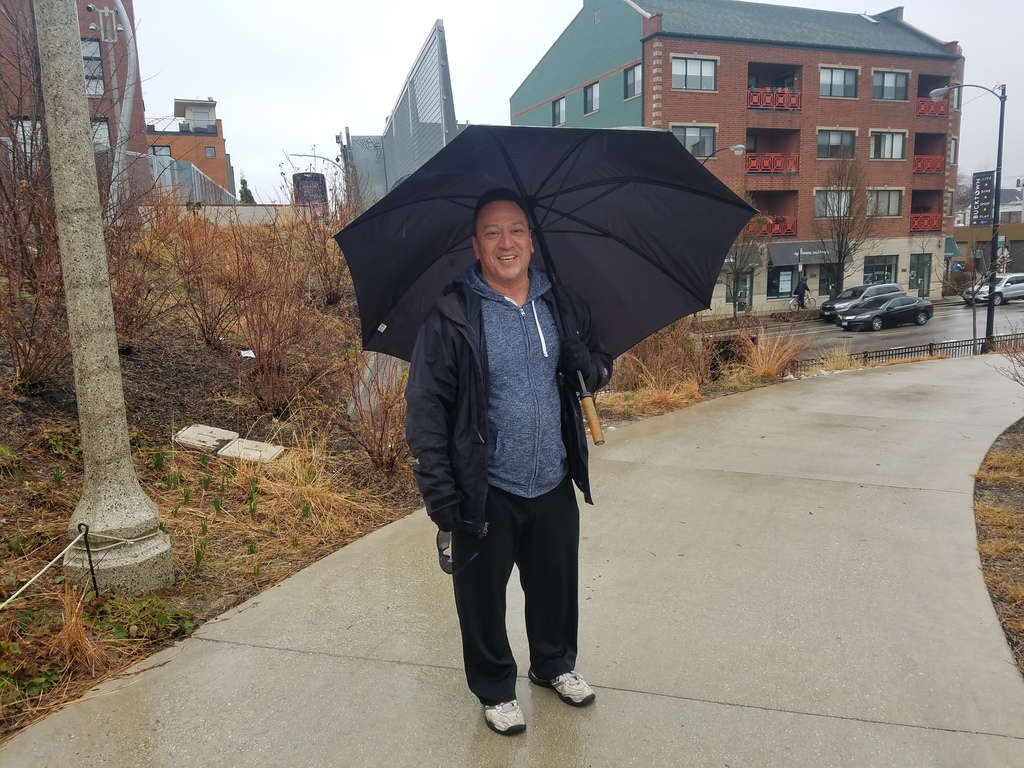 Antonio Cordero, who walks from the California ramp to the Bucktown ramp every weekday, noted that ATVs are faster than other vehicles.

Humboldt Park resident Antonio Cordero walks from the California ramp to Bucktown every weekday — rain or shine — to meet his wife who works at a Bucktown school near the trail's Damen exit.

"They can go back and forth faster and get to places other vehicles can't," Cordero said of ATVs, adding he's not concerned about trail crowding as long as the ATVs are driven responsibly.

Mark Nizinski said there could be some congested during busy times, but welcomed the idea of police using the vehicles to help clear the trail on summer nights.

"I'm OK with ATVs if it helps with safety. She'll be scared of them but I'm fine with it," Nizinski said, referring to his black lab mix Hannah. 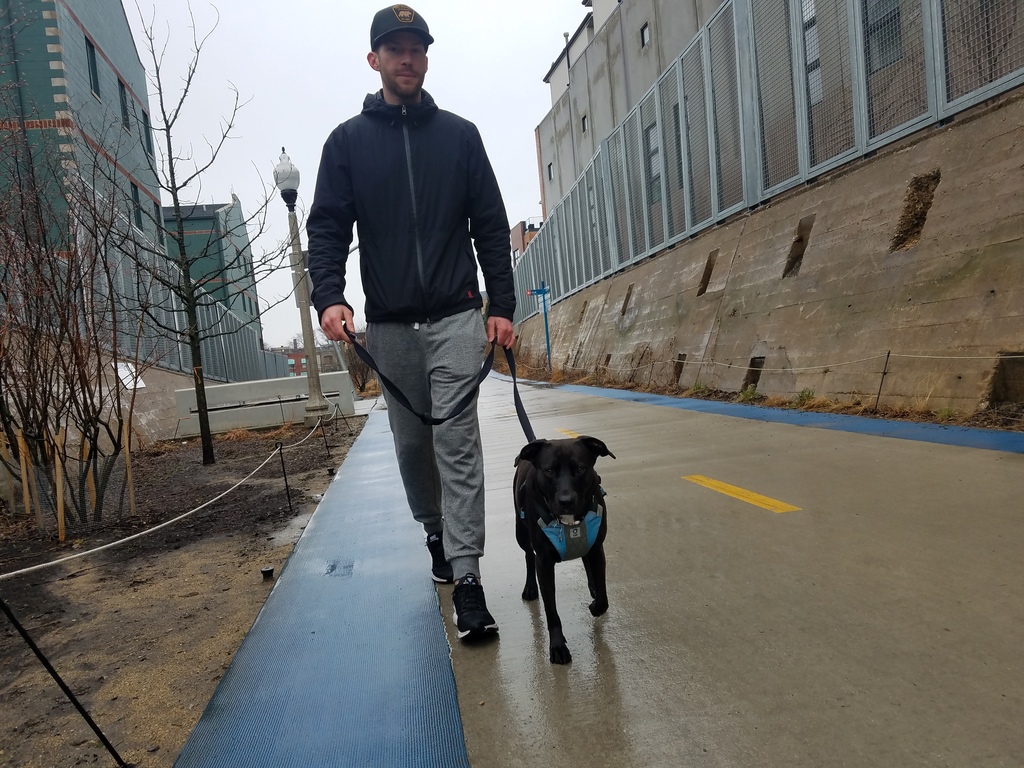 Mark Nizinski, a regular trail user, is largely in favor of officers using ATVs to patrol the trail.

In addition to officers on ATVs, The 606 is also getting more officers on bikes in the coming months, Estrada said. More officers in the district are getting bike patrol training for The 606 and surrounding areas.

In recent months, signs informing people that the park is under video surveillance have been posted along the trail.

A study released early this month showed the trail helped reduce crime in the neighborhoods surrounding it, likely due to increased pedestrian traffic, which deters criminals, and an increased sense of community from residents who feel protective of the park.

Last year, however, there was a spate of armed robberies reported on the trail.