LOGAN SQUARE — More than 11,000 flags have been installed along The 606's Bloomingdale Trail, many of them created by local students.

The large-scale art installation, situated at the Exelon Observatory at 1801 N. Ridgeway Ave., showcases a visual interpretation of each artist's thoughts and opinions on the current political and social climate.

Using only lines and colors, more than a thousand students from seven local schools and a group of residents who live within 10 minutes of the trail created 2,000 of the flags.

Chicago-based artist Gwendolyn Terry spearheaded the art installation, dubbed "Declaration." Terry was inspired by the first article of the Universal Declaration of Human Rights, which says "all human beings are born free and equal in dignity and rights." 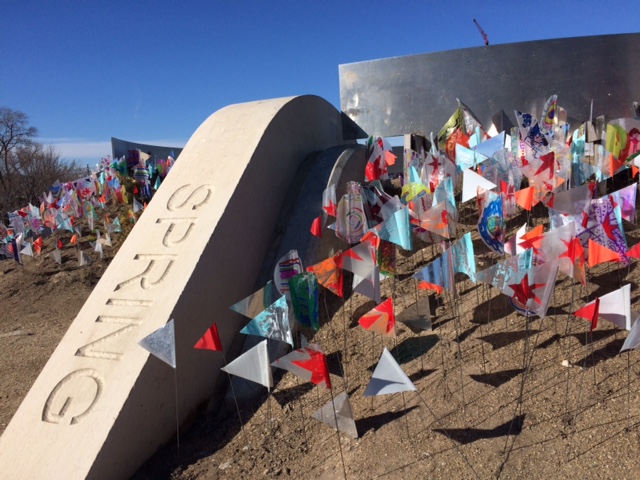 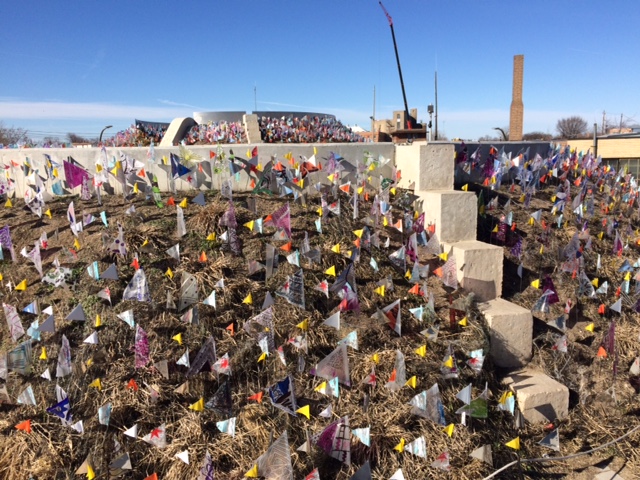 Organizers originally said there would be 20,000 flags, but late Friday afternoon corrected the total to say there was 11,000.