NORTH PARK — Twelve years after the former Cineplex Odeon Cinemas on McCormick Boulevard closed, its former parking lot is finally on its way to becoming a manicured green space for residents and those who use the North Shore Channel Trail.

On a windy Wednesday afternoon, Mayor Rahm Emanuel joined 50th Ward Ald. Debra Silverstein and Michael P. Kelly, superintendent of the Chicago Park District, for a groundbreaking at the site for a new green space to be known as Park No. 526.

The group didn't make any remarks at the brief ceremony, but in a written statement Emanuel said the parking lot's transformation would serve as a "community anchor for recreation and leisure."

In a statement of her own emailed to constituents Tuesday, Silverstein said the park's upcoming features such as fitness stations and new native plants will be "wonderful for our community."

She said the park will "transform an old, crumbling parking lot into a beautiful green space."

Described for years by neighbors as an "eyesore", the 1.8-acre lot hugs the North Shore Channel between Lincoln and Kedzie avenues and Devon Avenue and McCormick Road on the border of North Park and West Ridge near suburban Lincolnwood.

The park is owned by the Metropolitan Water Reclamation District but leased by the Park District.

So far, plans for the park include adding trees and hills, improved walking paths, new landscaping and fitness stations and a water fountain.

Emanuel said the project fit in line with his "Building on Burnham" initiative that emphasizes investment on Chicago's lakefront. Part of that includes adding green space, the Mayor's Office said.

The property had become unkempt and filled and with weeds and trash over the years after the adjacent movie theater closed in 2005.

The theater couldn't stay open after the owner of the parking lot, the Metropolitan Water Reclamation District, was forced to significantly increase the property's lease rate, Rabbi Yitzchok Wolf told DNAinfo in 2015.

Wolf heads the Cheder Lubavitch Hebrew Day School, which bought the movie theater building in 2008, and is in the process of replacing the structure with a new storage facility. 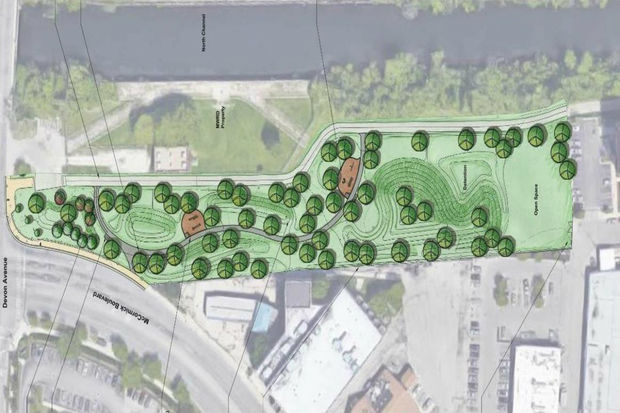 A look at the passive park's planned features, such as trees and benches. [Ald. Debra Silverstein] 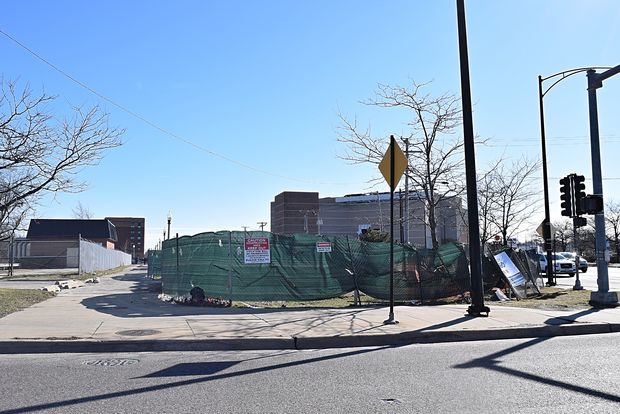 The park is at Devon Avenue and McCormick Road on the Far North Side where the North Shore Channel Trail connects Chicago to the suburbs. [DNAinfo/Linze Rice] 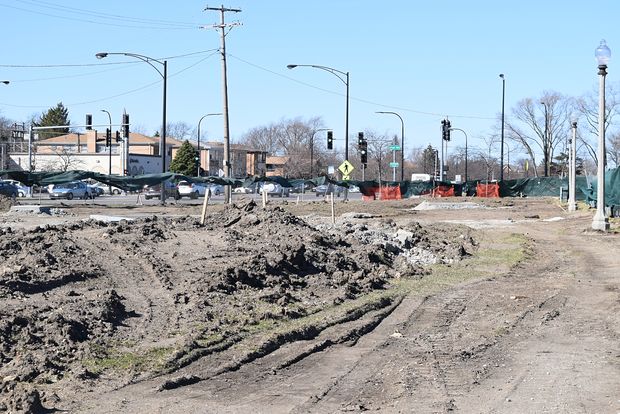 The park was formerly a parking lot used by a long-defunct movie theater. [DNAinfo/Linze Rice] 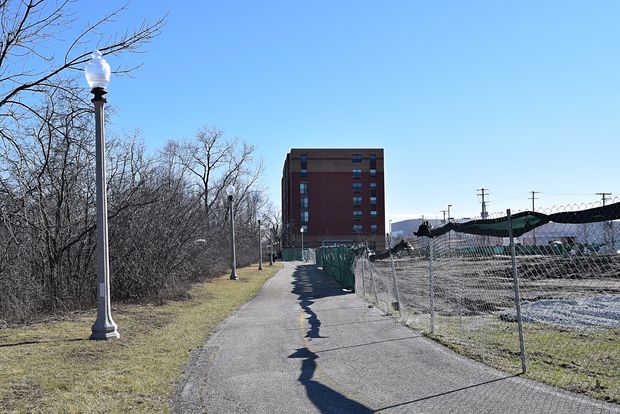