'They Might Take My Mom Away': Deportation Anxiety Hitting CPS Kids Hard

DOWNTOWN — Despite assurances from officials that Chicago Public Schools will do what it can to protect undocumented students, principals and teachers are seeing worried kids — and emptier classrooms — after this week's release of President Donald Trump's tough immigration policies.

At Orozco Community Academy in Pilsen, where about 98 percent of the elementary school's 560 students are Hispanic, fear of deportation has prompted immigrant families to keep their children home from school, officials said. As rumors of immigration raids exploded on Facebook, Principal Efrain Martinez saw the school's attendance drop from a consistent 97 percent to 92 percent-93 percent, he said Wednesday.

In some classrooms, as many as 11 out of 30 kids have been absent a day from school, a number he called "alarming."

Orozco houses a regional gifted program for Spanish-speaking, English language learners, and about half of the school's students live in neighborhoods outside Pilsen.

"It is impacting our kids greatly. The kids, all they can talk about is, 'They might take my mom away,'" Martinez said. "They are in shock."

Tens of thousands of CPS students didn't go to school during the nationwide "A Day Without Immigrants" last week, and though CPS told parents it would not help immigration agents or let them into schools without a criminal warrant, families remain afraid of what's ahead.

"We need to do whatever is in our power to make sure they come to school" and feel safe, Chief Education Officer Janice Jackson said at a Wednesday Chicago Board of Education meeting.

The panic has a real psychological effect on his students, Martinez said. Orozco is dealing with more disciplinary problems than usual, some of which are a direct result of the students feeling unsafe at home, the Pilsen principal said.

"Things are so messed up at home that [kids] cannot concentrate at school," he said. "They are still babies, and they need their parents."

Some of Orozco's students have a family member who is undocumented, whether it be a parent, grandparent or other caretaker, Martinez said.

At Amundsen High School, where about two of every three students are Latino, Principal Anna Pavichevich said there is still concern among students.

"Teachers are reporting a really high level of anxiety," Pavichevich said. "This is a real fear, this is not hype. These are living, breathing teenagers. This is not a story on CNN. These are the teens who sit in front of us every single day."

The school is trying to support its students, Pavichevich said, and wants its "DREAMers" — those who entered the United States illegally as children — to know "we believe in their dreams."

"With all of that worry and fear, they're still expected to come to school with their minds clear and ready to learn," Pavichevich said.

CPS Chief Executive Officer Forrest Claypool told the Board of Education that CPS has heard from parents who are worried about sending their kids to school.

"When it comes to keeping children safe and protecting their privacy, we will take a fierce stand," Claypool said. 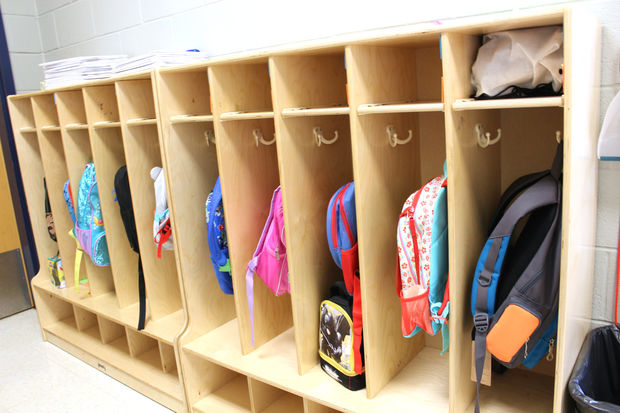 More than ever, it is important for immigrant parents to discuss citizenship status with their children and make a plan if immigration enforcement could affect them, Martinez said.

"I wish we could sit all of our parents down and say, 'Listen. These are your real options. These are your rights,'" he said. "I know these are difficult conversations to have with your child, but it is going to be easier for the child if something does happen. We need to be ready if it does happen."

CPS parents who are undocumented immigrants should explain what a sanctuary city is, confirm that school is a safe place for them to be and help their children memorize phone numbers of family members who are citizens who they can contact in the event of an emergency.

"I think parents have to be very honest with their children," Martinez said. "If a parent is taken away, the last thing we want is for a kid to go home and be stranded. It is scary to know it might happen, but we want that child to have an idea of what to do."

Orozco Community Academy is urging all parents to update their emergency contacts with the school.