THE LOOP — Before Chance the Rapper won a Grammy, someone misspelled his name in his senior yearbook.

"Chance Bernett" is listed as one of the 2010-11 members of the Jewish Student Union at Jones College Prep, where Chancelor Bennett went to school back when he was just Chance the Teenager.

Now Chance, 23, is known as a three-time Grammy winner and one of the most popular rappers alive, a homegrown act so recognized now he could pass the loosest spellcheck.

In high school, not even six years ago, those around Jones saw Chance's potential. Even if he wasn't a known name.

"He was very talented and very energetic," said P. Joseph Powers, Jones' principal. "He was very out there showing people what he was and what he could do." 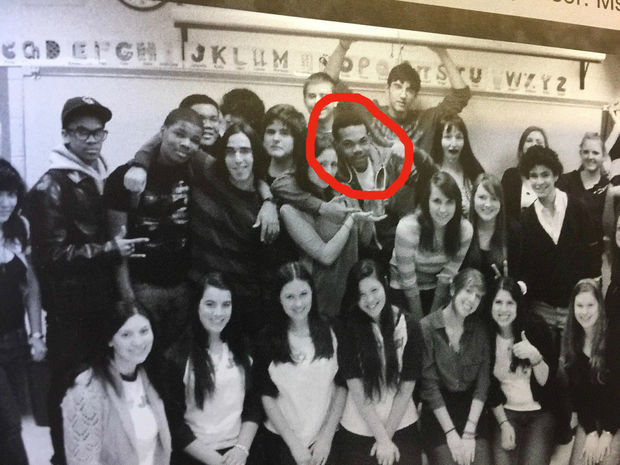 Chance, who's from Chatham, literally changed the Grammys when his popularity forced the Recording Academy to accept nominations by artists who don't release traditional albums. He's never sold his music, and has rapped about how he still passes out mixtapes like he did in the hallways at Jones, at 700 S. State St.

Chance was a regular at school talent shows and performed between classes in the school's courtyard, Powers said. He recorded songs at Harold Washington Library, not far from Jones, and was a member of the school's slam poetry club.

"Occasionally, you’ll hear the raps and rhymes of Chancellor (sic) Bennet (sic) throughout the halls," one page in the 2011 Jones yearbook reads.

Chance famously recorded his debut mixtape "10 Day" during a suspension after getting caught with marijuana in 2011, his senior year.

RELATED: 10 Things To Know About Chance The Rapper Before He Storms The Grammys

Just found this feature we did on SaveMoney back in early 2012. You really never know when you're witnessing history pic.twitter.com/L29W4t4KxR

Chance bucked the industry by remaining independent instead of signing with a record label as his star rose. He shouted out to friends, associates and online audio platform SoundCloud Sunday night as he accepted Grammys for Best Rap Album and Best New Artist. He also won a non-televised Grammy for Best Rap Performance.

Staying independent and rooted to Chicago is what Powers is most proud of in Jones' most famous alumnus. Chance's success has inspired other students to make their own path outside traditional channels, Powers said.

"I'm sure at one point or another he'll be touching base," Powers said. "He hasn't left Chicago behind."

Click the slideshow above or scroll below for more yearbook photos of Chance the high schooler: 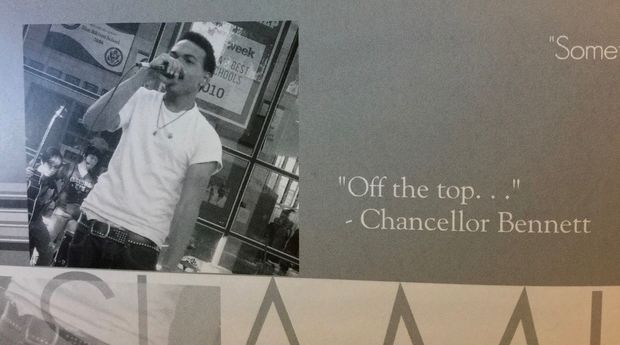 Chance was an avid member of the school's slam poetry club. 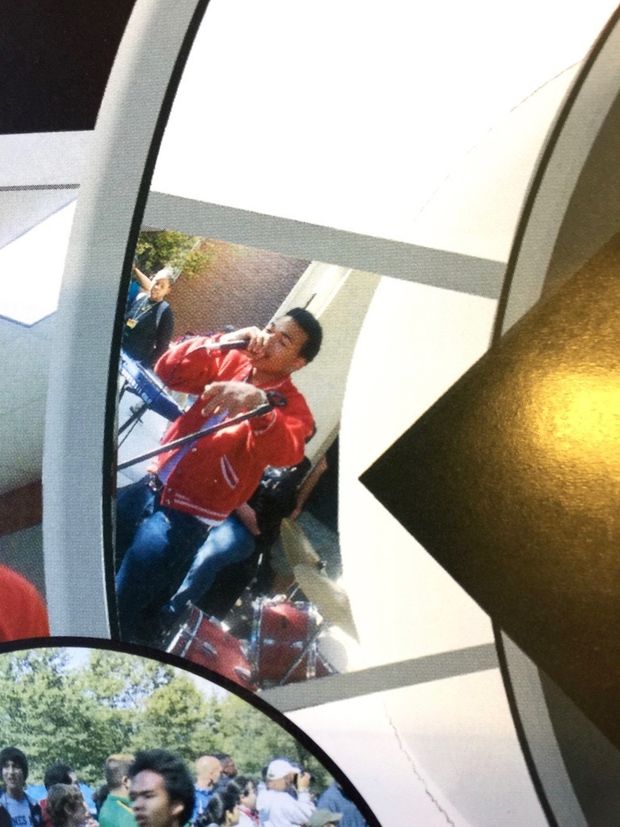 Chance performing in Jones' courtyard during his senior year. 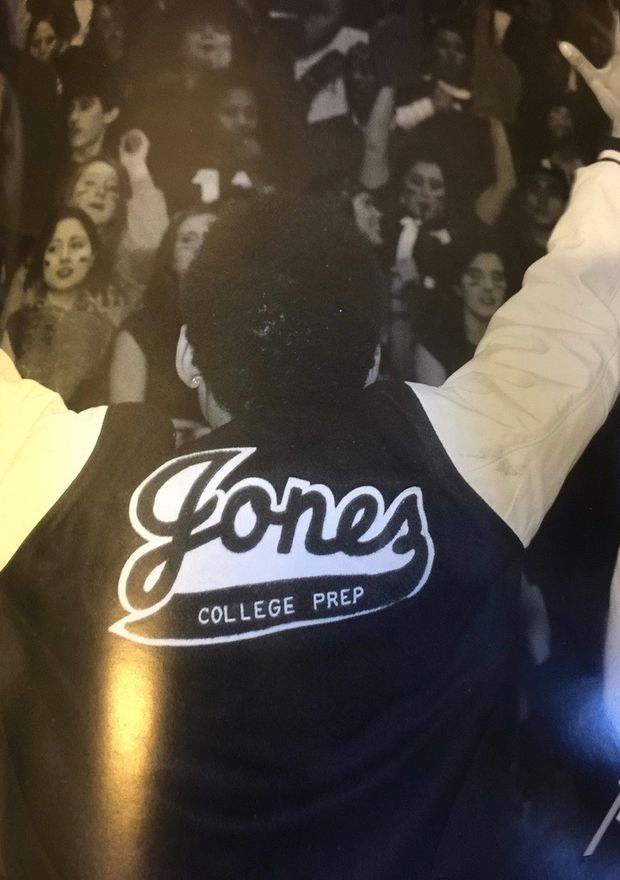 Chance at a Jones event during his senior year.

Chance The Rapper Performs, Holds Moment Of Silence At Taste Of Chicago

Chance The Rapper to Host Open Mic for High Schoolers