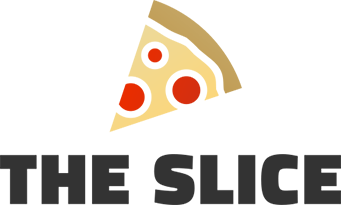 DOWNTOWN — Chicago is the city of pizza giants like Pequod's, Gino's East, Lou Malnati's and Giordano's.

Rony Garcia, who's worked at Gino's East for decades and made tons of pizzas professionally, makes deep dish at home for his family (though it's "not the same [as] Gino's," he contends). The pizzeria opened at 162 E. Superior St. in 1966 and uses the same deep-dish recipe — complete with a golden-yellow crust and mozzarella cheese — as when it started.

Unfortunately, that recipe is a tip-top secret. That doesn't mean you can't make a great deep dish at home, though.

Garcia showed us how to make a deep-dish pizza, Chicago-style:

"Follow the recipes exactly the way it is," Garcia advised. "Be sure that they give the time to raise the dough. And, y'know, use the right cheese, too." (For Garcia, the "right cheese" on a homemade pie is Sorrento's mozzarella.)

If you are going to make a deep dish at home, you can try a "Chicago classic": sausage, green peppers, mushrooms and onions, said Jon Porter, pizza connoisseur and founder of Chicago Pizza Tours.

And don't be afraid to experiment with different dough and sauce recipes. Chicago's pizza giants all do different things: Pizano's has a "crispy, crackerlike crust" and crushed tomatoes for sauce, Porter said, while Pequod's has a more breadlike dough and a sweeter sauce made with herbs and sugar.

How to make it

Deep-dish pizza is the easiest kind of pie to make, largely because it's "more forgiving," Porter said.

So cooking amateurs, take a deep breath: This is going to be OK.

You'll need a pan (Porter uses an anodized aluminum metal pan from American Metalcraft), and you should try to season it before making your first pizza.

We can't give away the super-top-secret recipe from Gino's East. Instead, you should find recipes for dough and sauce that suit your taste (here's one suggestion).

Make sure you pick a dough recipe specifically for deep-dish pizza — Porter said this dough needs to have more oil than a thin crust pizza dough.

Here's how you put it all together:

1. If your pizza pan is new, season it. You can do this by covering the inside of the pan with olive oil and sprinkling Italian spices on it, Porter said. Put the pan in the oven for an hour between 300 and 350 degrees. You don't want the olive oil to burn, but you want to get it close to that point. After an hour, remove the pan and do this step once more.

2. Make your dough with the recipe of your choice.

3. Let the dough rise. This is a good time to make your sauce with the recipe of your choice.

4. When your dough has risen and your sauce is ready, oil your pan. Porter suggested using corn oil. Remove excess oil by letting it drip out.

6. Put your cheese onto the dough. Spread out the slices to (mostly) cover the dough.

7. Put your toppings (sausage, peppers, garlic, etc.) on top of the cheese. Remember not to overdo it: Just because it's a deep-dish pizza doesn't mean you should weigh it down with toppings.

8. Ladle your sauce over the toppings and spread it. Don't put too much sauce on your pizza or your pie will be soggy.

9. Add some grated cheese on top. (Porter prefers grated Romano or Parmesan, but said Romano's better because it's "a little bit saltier.")

11. After the pizza finishes cooking, remove the pan and let it cool for about three minutes, Porter suggested. This will ensure the pizza isn't a "hot mess," but isn't cold either.

11. Don't cut open your pizza until you're ready to eat it. (If you cut it too early the sauce could make the crust soggy.)

Have tips for making a perfect deep-dish pizza at home? Share your recipes, photos and tricks in the comments.

• Season your pan if it's new.

• Trying to find the right dough recipe? Porter says he likes recipes from "The Pizza Bible."

• When making your dough, mix your water and flour before adding your oil, Porter said. This way the water will hydrate all the flour and won't be fighting with the oil.

• You can sprinkle a bit of cornmeal into your dough to give the dough a yellow color, Porter said.

• Let your dough rise, Garcia said. You shouldn't be in a rush to get it into the pan.

• "Don't go crazy on the toppings," Porter said. Use a "reasonable" amount of cheese and sauce. Before you put your toppings on the pie, lay them out and then remove ¼ of them (you can save them for next time) to ensure you're not weighing down the pie. "People tend to overdo it all," he said.

• Deep-dish pizzas have a lot of moisture in them, Porter said, so don't cut your pizza until you're serving it. This will keep the sauce and other ingredients from "leak[ing] out the sides" and making your crust soggy.